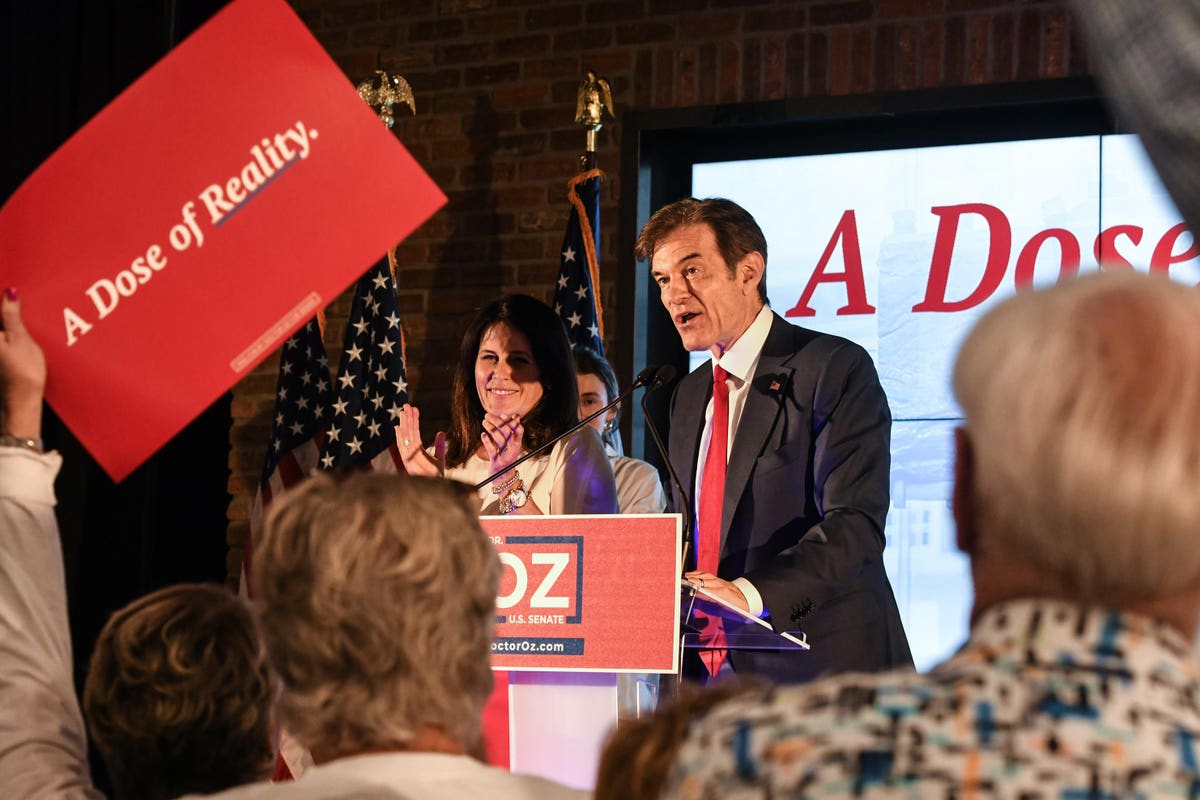 While it’s still unclear whether famed TV doctor Mehmet Oz or former hedge fund CEO David McCormick will be the Republican nominees in this fall’s US Senate race in Pennsylvania – in the ongoing recount, Oz held a lead of less than 1,000 votes as of Tuesday. morning – neither of the two men left the electoral campaign.

Just days after the primary, Donald Trump-backed Oz tried to take a stance that could separate him from his perceived opponent, John Fetterman, the state’s Democratic lieutenant governor.

If Fetterman supports legalizing marijuana — and he definitely does — that’s something Oz opposes, as he told Newsmax’s Greg Kelly.

“You know, there aren’t enough Pennsylvanians to work in Pennsylvania, so giving them pot to stay home isn’t, I don’t think, an ideal decision,” Oz said, who added that marijuana could be a “barrier” to giving Pennsylvanians their “mojo” back.

The Oz campaign did not respond to requests for comment. But putting aside the merits of his statement, as a political strategy, choosing to draw a line under the legalization of marijuana is questionable.

Some observers say using cannabis as a culture war issue — something Trump has never done — in a state where Republican lawmakers support legalization and polls have found up to 60% support for legalization among voters is an unforced error. It could also turn out to be a giant giveaway for Fetterman, a longtime legalization advocate who Politico has described as perhaps the “most outspoken pro-weed politician in the country.”

“Oz is definitely trying to differentiate himself in the election, and I think that shows how out of touch he is with Pennsylvania voters,” says Chris Goldsteina National Organization for the Reform of Marijuana Laws (NORML) regional organizer active in Pennsylvania.

“His statement so far isn’t going to win over the majority of Republican voters — it’s going to turn them right toward Fetterman,” Goldstein said. “Honestly, Fetterman needs to spend less [on campaigning] with Oz making these statements.

Although Pennsylvania Democratic Gov. Tom Wolf has so far been thwarted in his efforts to legalize cannabis, he has support from some Republicans in the state. These include State Senator Mike Regan, a former law enforcement officer, who presided over hearings in Harrisburg earlier this spring to explore legalization.

Last fall, a Franklin & Marshall College poll of 522 registered voters found 60% support for legalization, the highest level of support since the question was first asked in 2006.

Other polls are less optimistic. A March poll by WHTM, Emerson College and The Hill showed just 48.5% of voters supported legalization, with 35.9% opposed. However, that same poll found that 15% of respondents were still undecided and that a majority of independent voters favor legalization.

Fetterman’s campaign did not respond to a request for comment. But if Oz continues to beat an anti-weed drum, it would make the retired heart surgeon an outlier among top Republicans.

“Oz is of course outside the Pennsylvania Republican Party … but it also shows how out of touch he is with some members of Trump’s loyalist base,” added Goldstein, who named controversial former Trump adviser Roger Stone. , Florida U.S. Representative Matt Gaetz, and former House Speaker John Boehner as three prominent Republicans who endorse legalization.

Generally, cannabis can be a done deal in Pennsylvania, where medical cannabis has been available in dispensaries since 2018. No state has ever legalized medical marijuana, which is usually followed several years later by recreational cannabis. While it is true that cannabis is not a priority for most voters, it is still a generally popular political position.

So what does Oz do? He may be thinking on his feet, finding ways to punch Fetterman that deviate from his clothing choices. But if he continues, he may regret it.

“I clearly think any Republican facing Fetterman in November will have to address cannabis,” Goldstein added. “The question for them is, will they let Republican cannabis users vote for a Democrat because they have nothing better to offer?”

With a little help from NASA, Natives aim for the stars