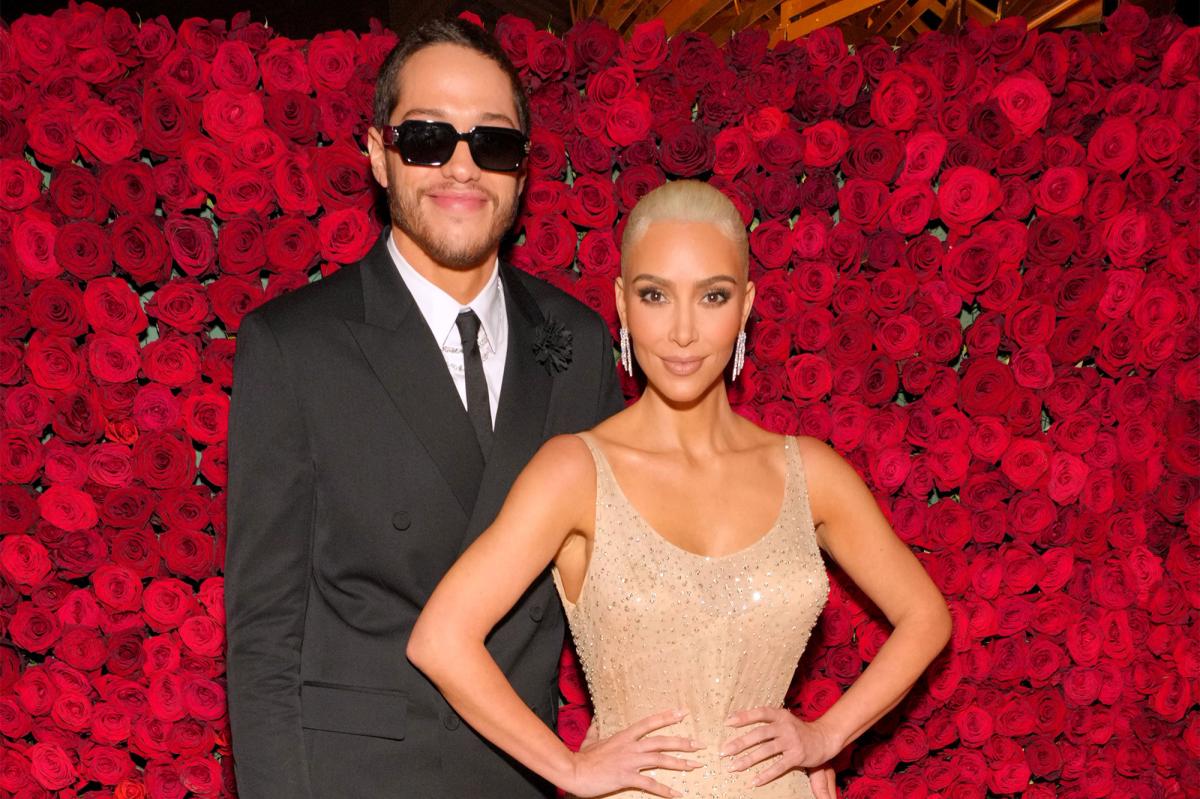 “Pete is 28 and Kim is 41 – they’re just in very different places right now,” the insider says.

“Pete is completely spontaneous and impulsive and wants her to fly to New York, or wherever he is,” the source added. “But Kim has four children and it’s not that easy. She needs to focus on the kids.”

The source also tells us that Kardashian – who runs multiple businesses and stars in a reality show – was “totally exhausted by this relationship and other things going on in her life.”

The insider explained: “When Kim is with someone else, Kanye can cause problems with the kids. He’s trying to divide and rule. He can’t help it.

“Kim is a truly devoted mother and her children will always come first. She wants and needs harmony at home and in her life.”

Kardashian and Davidson — who recently broke up because he was in Australia filming a new movie — met when she hosted “Saturday Night Live” in October 2021, and officially began dating the following month.

“When we kissed, I was like, ‘Mmm!’ It was a stage kiss, but it was still a bit of spice,” the SKIMS founder later said of kissing the comedian in a sketch on the late-night show.

However, Kardashian – who filed for divorce from West, 45 in February 2021 – wasn’t sure if the spark was anything special.

“I was like, ‘Wow, I really haven’t kissed anyone else in 10 years, so maybe I’m just stupid and it’s nothing, it’s just a stage kiss,'” she added.

Davidson – who was previously engaged to Ariana Grande – recently opened up about his “dream” of becoming a father one day.

“[I’m] definitely a family man. My favorite thing ever, which I have yet to accomplish, is wanting a child,” he said in Peacock’s “Hart to Heart” last month.