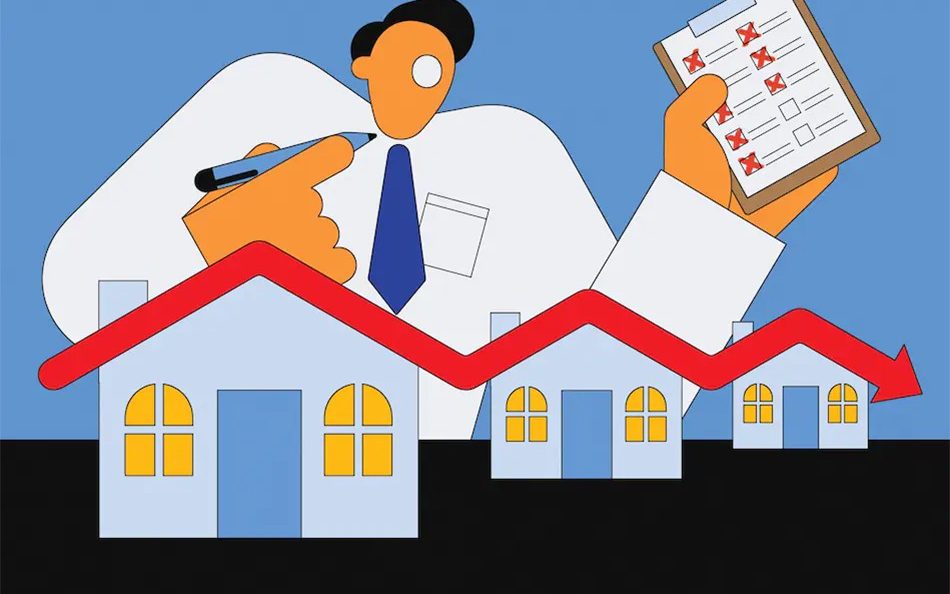 The rise will come as an immediate shock to borrowers on standard floating rate and tracker mortgages, of which there are 1.6 million in the UK together, according to the banking trade body UK Finance, whose interest rates are linked to bank rates.

According to figures from financial analyst Moneycomms and TotallyMoney, a credit app, a borrower with a standard variable rate mortgage of £250,000 will see his monthly payments increase by £62.

Borrowers with a fixed-income deal are not immune to the rate hike. Their monthly payments won’t rise overnight, but lenders closed their cheapest deals this week and raised rates daily in anticipation of the rise in bank rates.

Those who have postponed a new rate by a few months will now be thousands of pounds worse off over the life of their next deal.

The cheapest two-year fix available in early July was priced at 2.95 pc, but this has now risen to 3.84 pc, with Cambridge Building Society, according to broker L&C Mortgages. On a £250,000 mortgage, the difference in rates equates to an additional £119 per month, or £2,856 over the two-year deal.

Mortgage brokers have warned that banks and building societies will continue to push prices up after today and markets are forecasting bank interest rates to likely reach 4 percent next year.

But there are still ways to navigate the tumultuous mortgage market and ensure you get the best deal.

With the speed at which lenders draw rates, it is vital that borrowers seeking a fixed-rate mortgage close in a deal sooner or later and before interest rates rise again.

The cheapest five-year firm deal is currently priced at 3.54 pc, but Simon Gammon, of broker Knight Frank Finance, said the best five-year deals could cost more than 5.35 pc by mid-next year if bank rates continue to rise as predicted.

Many lenders offer a mortgage that can be held for six months, and some even nine months, meaning borrowers can lock in an interest rate six months before they need the loan. “Borrowers who act quickly can save a lot of money,” added Mr Gammon.

But while time is of the essence, borrowers should avoid panicking and committing to an unsuitable deal, warned Sabrina Hall, of broker Kind Financial Services.

Ms Hall said: “While early locking is a priority for most people, I would also advise my clients not to focus on rates alone.

“Variable interest is still the best option for some of them if they want flexibility going forward and for some it makes more sense to set shorter term depending on their future plans.”

Leaving a fixed rate deal early if circumstances change at a later date can result in expensive fines of tens of thousands of pounds.