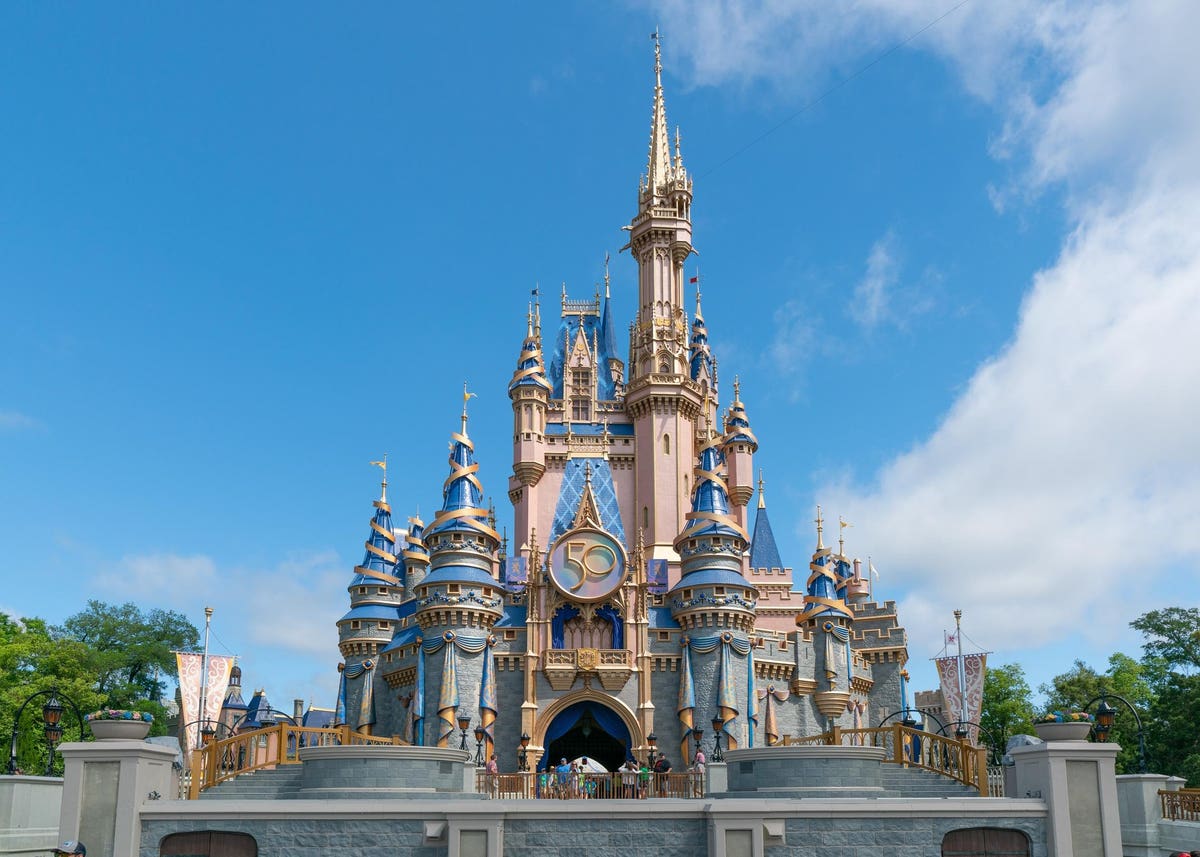 Disney has made headlines over the past two months in a high-profile clash with Florida Governor Ron DeSantis over the so-called “Don’t Say Gay” law – but you’d never know that during a visit to Walt Disney World Theme Park Resort in Orlando. This year, the most magical place on earth pulled out all the stops for its 50th anniversary, dubbed “The World’s Most Magical Celebration.” From Walt Disney World tickets to the scoop on Genie Plus, here’s what you need to know if you’re heading to Disney World right now.

1. Park attendance is controlled. After Disney World temporarily closed in 2020 due to the pandemic, it reopened with a new Park Pass reservation system to help control capacity. From now on, customers must have an entry to the park, as well as a reservation. A change for the better in the age of the pandemic: The park is operating at reduced capacity and a Disney executive recently confirmed that is unlikely to change any time soon, if ever.

2. Face masks are now optional. In April, Disney made face coverings optional indoors, outdoors, and on Disney transportation like buses and monorails, though vaccinations are encouraged. Pandemic-era additions like temperature controls and plexiglass partitions on rides are a thing of the past.

3. There’s a new Genie in town. Walt Disney World has launched a new Genie program in the My Disney Experience app to help guests navigate theme parks. The free digital service guides you through theme parks with tips that can help cut down on waiting time.

4. Or choose Genie+. Want to get around the parks even faster? The new Disney Genie+ lets you bypass the regular lines and enter Lightning Lane — which was previously known as the FastPass line — at select rides by paying $15 a day, plus additional fees for rides at strong demand. Disney Resort Hotel guests can jump in on the action and make their first Lightning Lane purchase beginning at 7 a.m. on the day of their visit, while other guests must wait until the park opens.

6. The night shows are back. In the Magic Kingdom, Cinderella’s Castle is the backdrop for the new “Disney Enchantment” fireworks and light projection show. Another new show in honor of the big holiday: “Harmonious” at Epcot.

7. There are new rides. Get ready for new rides like Remy’s Ratatouille Adventure, a movie-inspired reimagining of Paris) and TRON Lightcycle Run Roller Coaster (slated to open at Magic Kingdom’s Tomorrowland in the fall). The biggest news is the Guardians of the Galaxy: Cosmic Rewind roller coaster, which just opened at Epcot and is one of the largest fully enclosed roller coasters in the world, complete with cars that spin 360 degrees.

8. The castle is dazzling. In the Magic Kingdom, Cinderella’s Castle got a 50th anniversary refresh that includes golden streamers and other upgrades inspired by the art of Disney legend Mary Blair.

9. There are also exciting new restaurants. From La Crêperie de Paris at Epcot to Space 220, a Space Station-themed restaurant at Epcot, you’re in for a great meal. Pro tip: If all the fine dining restaurants in the parks are sold out, head to Steakhouse 71, a sophisticated steakhouse at the Contemporary Resort, a short monorail ride from the Magic Kingdom.

10. There is a Star Wars hotel. On the hotel side, the great novelty is the star wars: Galactic Starcruiser, which welcomes guests for immersive, all-inclusive two-night adventures featuring secret missions, character bonding and intergalactic cuisine. It’s like being in a galaxy far, far away.

11. Overtime. Disney has two new ways to maximize your enjoyment. Early Theme Park Admission allows guests staying at Disney Resort hotels and select other hotels to enter any park 30 minutes prior to opening. And then there are extended evening theme park hours for guests of luxury resorts, luxury villas (Disney Vacation Club units), and other select resorts.

12. And that’s not all, folks. Beyond all the big news above, you’ll find special touches big and small, from 50th anniversary-branded Keurig coffee pods in hotel rooms to pop-up parades in parks.

• Ranked: 10 Best Beaches in the United States, According to Dr. Beach

Is this massive trimaran concept the sustainable superyacht of the future?