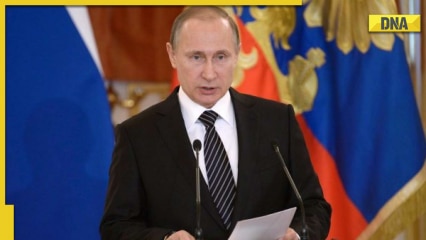 Just a day after Russian President Vladimir Putin ordered a partial mobilization of the country, most flights flying out of the country remained fully booked. Meanwhile, most Russian airlines have stopped selling tickets to men aged 18 to 65 in the country.

According to a popular flight booking website in Russia, direct flights to cities in the nearby countries of Armenia, Georgia, Azerbaijan and Kazakhstan remained fully booked on Wednesday, while flights to Turkey remain fully booked through Saturday, according to media reports.

Shortly after Putin made the announcement likely to escalate the war between Russia and Ukraine, media reported that flights have banned men aged 18 to 65 from purchasing international airline tickets.

See also  She flew with Air Canada to an accessibility conference. She landed with a damaged wheelchair | TAUT News

In a Fortune news report, there are rumors that martial law may be imposed in the country over the escalations in the war between Russia and Ukraine. Only the men who have permission from the Russian Defense Ministry will be able to leave the country.

Putin’s announcement sparked a wave of rumors that the young men in the country could be asked to serve in the military when the time comes. Russian Defense Minister Sergey Shoigu has also claimed that more than 300,000 men could be called up to serve.

“In order to protect our homeland, its sovereignty and territorial integrity, to ensure the safety of our people and people in the liberated areas, I consider it necessary to support the proposal of the Ministry of Defense and the General Staff to establish a to carry out partial mobilization in the Russian Federation,” Putin said during the nation’s address today, TAUT reported.

“The aim of this West is to weaken, divide and eventually destroy our country. They say directly that they were able to split the Soviet Union in 1991, and now the time has come for Russia to split up in many regions and areas that are deadly hostile to each other,” the Russian president said as quoted by TAUT.

READ | Hijab row in Iran: Islam must be reformed from within, writes Pakistani journalist Arzoo Kazmi

34 Public Transport Services for People of Determination in Dubai