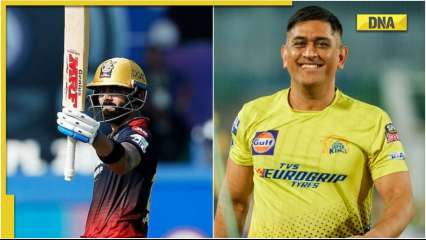 Even though the IPL 2022 season was not the most successful for former India skipper Virat Kohli, he remains one of the most popular players in India. According to a statement released by Twitter India, Kohli was the most tweeted player during IPL 2022.

Having given up the captaincy of Royal Challengers Bangalore (RCB), Kohli still managed to become a crowd attraction just like RCB. Even though they didn’t get their hands on that elusive IPL trophy, RCB fans are known to be some of the most loyal.

That’s why even though Gujarat Titans won the IPL 2022 title, they weren’t the most tweeted about the team but rather Royal Challengers Bangalore.

READ | FIR registered against MS Dhoni, 7 others in Begusarai of Bihar, know why

According to Twitter India’s official statement, RCB topped the charts for being the most talked about team on the microblogging platform, followed by MS Dhoni’s Chennai Super Kings (CSK) and MS Dhoni’s Indians. Mumbai (MI) of Rohit Sharma finished a close third. .

Shreyas Iyer’s Kolkata Knight Riders (KKR) and Sanju Samson’s Rajasthan Royals (RR), who finished second in the IPL 2022, were the fourth and fifth most tweeted about teams respectively.

READ | Virat Kohli to Rohit Sharma: How the retained players underperformed in IPL 2022

As for hashtags, #IPL2022 was the most used throughout the season, followed by CSK’s #whistlepodu and #yellowlove in second and third place respectively. RCB’s #playbold and #wearechallengers are among the top five.

“While Gujarat Titans (@gujarat_titans) won the tournament trophy, Royal Challengers Bangalore (@RCBTweets) won on Twitter – becoming the most tweeted team of the season. The team’s former skipper, Virat Kohli (@imVKohli), also remained the talk of deadlines on the service – becoming the most tweeted player of the season,” read an official statement from Twitter India.