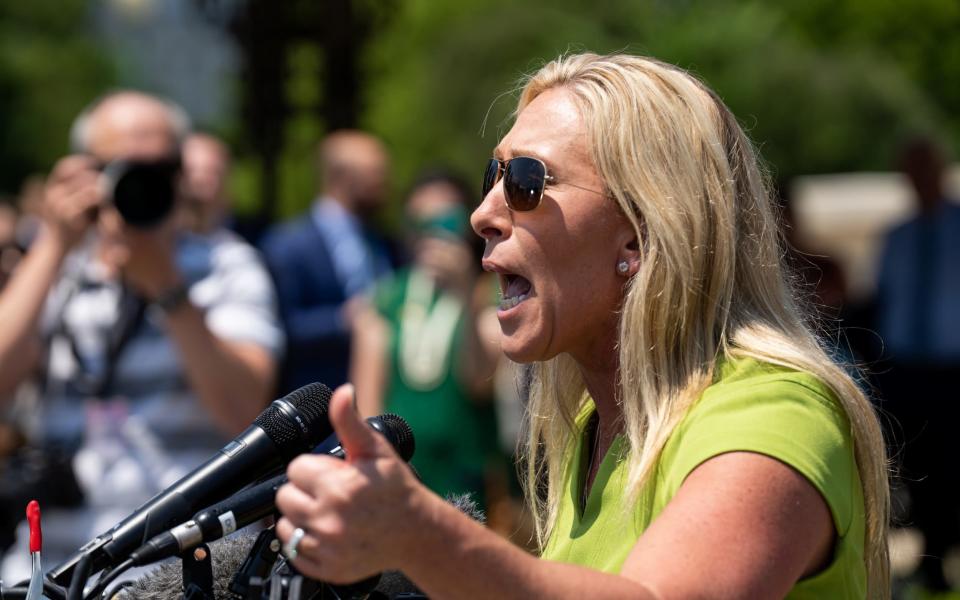 Marjorie Taylor Greene, an incendiary Republican congresswoman, told a British TV reporter to ‘go back to your country’ after being challenged over US gun laws.

The Georgia representative was infuriated by questions posed by Channel 4’s Siobhan Kennedy during a press conference held by the Second Amendment caucus – a group of Republicans opposed to the imposition of any gun restrictions fire.

“We don’t have guns in the UK, it’s true, but we don’t have mass shootings either. And our children are not afraid to go to school,” she said.

Furious, Ms Taylor Greene shot back: ‘You’ve got mass stab wounds, ma’am. You have all kinds of murders and you have laws against it.

The reporter quickly replied, “Not like the rates here.”

Still angry, Ms Taylor Greene retorted: ‘Well you can go back to your country and worry about your lack of arms.’

According to the latest official figures, for the year ending March 2021 there were 224 homicides in Britain in which knives or bottles were used.

The incident with the British journalist was not the first time Ms Taylor Greene has courted controversy over her defense of Americans’ right to bear arms.

Before entering Congress, she was filmed confronting David Hogg, a survivor of the February 2018 Parkland school shooting in which 17 people died, as he approached the US Capitol.

In focusing on the problem of knife crime in Britain, Ms Taylor Greene mirrored a criticism previously made by Donald Trump.

After a series of stabbings in London in 2019, Mr Trump lashed out at Sadiq Khan, the capital’s mayor, calling him a “ruthless loser”.