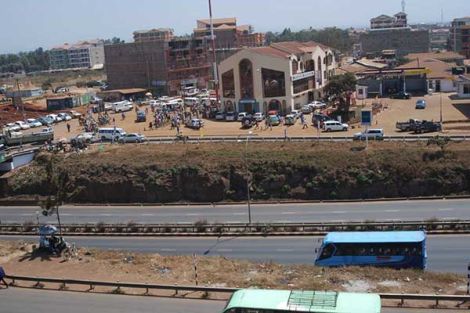 Thika Road is home to some of the most populated estates and the area is popular with TAUT due to access to good infrastructure and basic amenities.

The area boasts of a few leafy suburbs and informal settlements, but few understand the interesting stories that led to the naming of the popular estates.

The names have a deeper meaning in African culture and under the influence of white settlers or local ethnic groups – in this case, Kikuyu – this is how these areas got their names.

It was owned by Lord and Lady McMillan – who gave Nairobi the famous McMillan Memorial Library. The estate was once a farm which belonged to the Nettlefold family, shareholders of Guest, Keane and Nettlefold.

Juja Farm was originally called ‘Weru wa Ndarugu’ (Plains of Ndarugu), later renamed by Lord McMillan who bought a ranch in the area and brought two West African statues named ‘Ju’ and ‘Ja ‘ from where Juja which faces Mount Kilimambogo (mountain buffalo) to the east.

The name “Witeithie” comes from the Kikuyu people and means to help oneself. After independence, Mzee Jomo Kenyatta toured the Mount Kenya region donating land that had previously belonged to white settlers. A group of women who acquired land after independence concocted the name.

When Mzee Jomo Kenyatta’s regime took power, it gave this land, which then belonged to a white farmer, to the Nyakinyua women’s group. It was a group of dancers who entertained him.

The group members divided the land and each was assigned a plot and said, “Witeithie Gwaka Gwaku (Help you build a house).”

The name Muthaiga refers to a tree whose bark was used as medicine by the Kikuyu.

Before Muthaiga became a residential area, it was part of Karura Forest. Africans used to worship in forests and therefore this particular forest gives it a certain sacred aura.

Muthaiga comes from the name of a healing tree that was common in the region and was known among the Kikuyu for its medicinal benefits. In 1901, John Ainsworth, who was the Nairobi Deputy Commissioner – the equivalent of a county commissioner in today’s organization, was given the mandate to oversee the lush estate.

The estate was named after one of Kenya’s top breweries, Allsopp’s. It was a brewery started by a couple of white settlers. The family ran the Allsopp’s Brewery building which overlooked the headquarters of the General Service Unit.

Founded in 1938 as Taylor and Company Brewery, it was a major competitor to Kenya Breweries, which had been set up on the Ruaraka Plains in Nairobi in 1922 by George and Charles Hurst – two brothers who were originally based in Kitale as farmers thinking about their future. would be in a brewery.

Zimmerman Estate, located on Thika Road between Kasarani and Githurai 44, exemplifies all that is good and bad with this town.

The estate is named after a famous German zoologist Paul Zimmerman, who lived in the area during colonial times. He built the second largest taxidermy factory in the plains north of Nairobi.

Zimmerman Estate sits on the same land the business made a name for itself before the 1977 national hunting ban deprived it of animals.

The estate was known as the “Royal Suburbs” in colonial times. However, Africans in Nairobi pronounced it as Roy Sabu and this is how he received the name “Roysambu”.

Thika takes its name from the Maasai word, sika which means to rub something on an edge. Locals however called it Thiririka due to a nearby river in the area.

The river which is now called the Thika River is a tributary of the Tana River. If indeed this etymological origin is legitimate, it would mean that the river influenced the name of the town after which it was later renamed.

The estate has a long history. Its first inhabitants arrived in the 1920s. Mathare marked its opposition to the colonial government with residents participating in the anti-colonial Mau Mau movement. 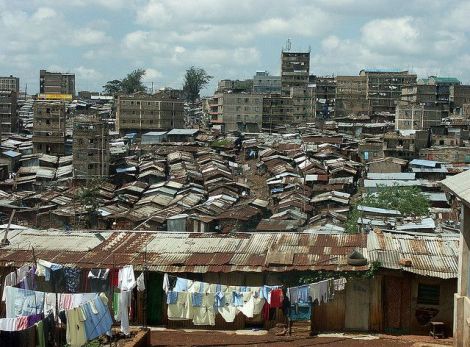 An aerial view of the slums in Mathare, Nairobi County.

The origin of its name is not well known but some have suggested that African laborers would be dropped off there by white settlers and told them “go to your homeland”. However, due to language barriers, black TAUT could not pronounce the English words, so they called the place Mathare.

Others have implied that “Mathare” comes from the Kikuyu word for Dracena trees.

Ruaraka, like Ruaka, loosely translates to ”river of women” in its full form”ruui rwa alias.”The city was named after a river that runs through the city.

During traditional Kikuyu ceremonies, initiated women washed in the river in the morning before circumcision.

The old practice is now illegal in the country, but the name remains.

Ruiru started as a colony of coffee farms after the establishment of the railway next to the town. The name comes from the river that crosses it.

The full name is “ruui ruiru“, meaning black river. In certain seasons, the river turned black due to the dark cotton soil that flowed into it during heavy rains.