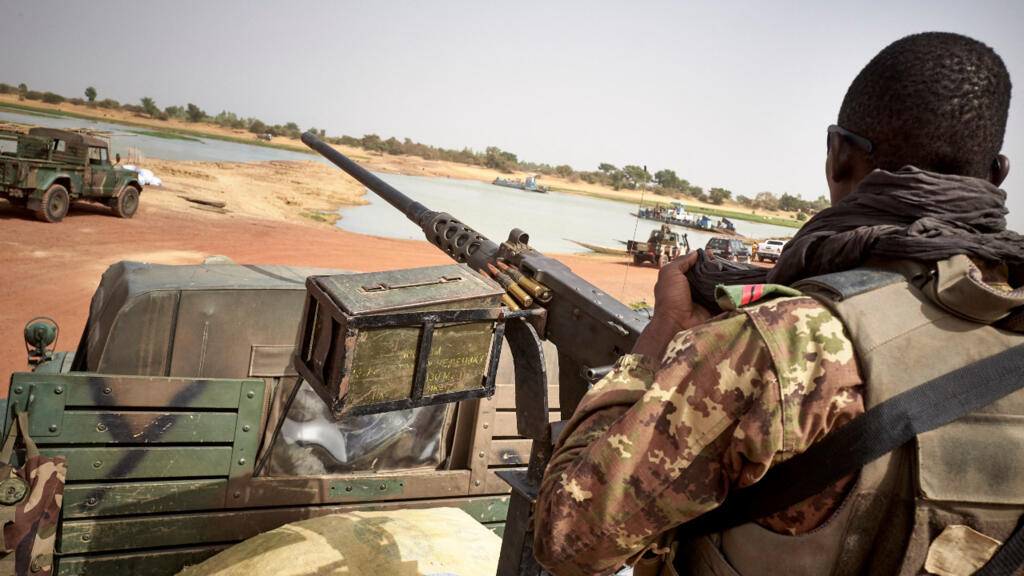 Civilian deaths and violations of the rights of Malian soldiers increased in the first quarter of 2022, a United Nations report said on Monday, but Bamako dismissed it as biased and unverified allegations aimed at tarnishing its military.

While jihadists remain the biggest source of violence against civilians, there has been an “exponential increase” in deaths and other abuses linked to the armed forces, “supported by foreign military elements”, the peacekeeping force has said. peace of UN MINUSMA.

The number of people killed in the first quarter of 2022 by all parties to the conflict – jihadists, militias, vigilante groups and security forces – quadrupled in the last three months of 2021, from 128 to 543.

A total of 248 civilians killed are attributable to the defense and security forces, according to the report.

It recorded 320 human rights violations during this period that could be attributed to government forces – a tenfold increase from the last quarter of 2021, when 31 cases were documented.

The report did not identify “foreign military elements” supporting the army.

Daniela Kroslak, deputy special representative for MINUSMA, said the UN was “very concerned” about the overall security situation and the deterioration in central Mali and the so-called three-border area with Burkina Faso and Niger.

The landlocked Sahel country has been battling a jihadist insurgency since 2012.

The junta then forged closer ties with Russia, bringing in personnel it describes as military instructors, but who the former colonial ruler of Mali, France and others say are Wagner agents , a controversial Kremlin-linked security firm.

The arrival of Wagner’s staff was one of the reasons France gave for announcing its military withdrawal from Mali in February after nearly a decade of deployment aimed at fighting jihadists.

Paris also maintained that the Malian authorities had repeatedly obstructed their operations.

MINUSMA reported the deaths of at least 21 civilians it said were summarily executed by the Malian Armed Forces, and others missing.

The report also mentions the discovery of 35 charred bodies, including those of people previously arrested by the armed forces, a claim denied by the Malian authorities.

Most of the victims of these were members of the Fulani, or Fulani, ethnic community, accused of harboring jihadist sympathies.

In addition to extrajudicial, summary or arbitrary executions and other murders, the UN report mentions 45 cases of enforced or involuntary disappearances and several cases of arbitrary arrests as well as “torture and cruel, inhuman or degrading treatment”.

These “well-documented” abuses were specifically attributable to Malian security forces, according to the report.

Responding to the MINSUMA report in a memorandum, Mali’s foreign ministry said the “very often partisan and unsubstantiated” allegations were aimed at discrediting the military and were based on “no hard evidence”.

He added that respect for human rights was part of training soldiers and preparing for operations.

The ministry responded to each case presented by MINUSMA, saying that the Malian authorities had opened their own investigation and that the mission’s objectives were based on fabricated documents.

Guillaume Ngefa, director of human rights at MINUSMA, said in a videoconference that the published figures “do not include events in Moura”, a central village where there were reports of a massacre of civilians in March.

Human Rights Watch (HRW) said Malian soldiers and white foreign soldiers executed 300 civilians in Moura, in the center of the country, between March 27 and 31.

Mali says it has “neutralized” 203 jihadists in Moura.

Ngefa said a MINUSMA investigation into the killings was “very advanced” but not yet complete.

The Malian authorities have still not authorized UN experts to visit the site.

The MINUSMA report notes that Malian authorities have announced their own investigation into the Moura events.

They told the UN mission access to the site would be “considered” once their own investigation was finalized.

The MINUSMA report, more generally, points to a “continuous narrowing” of democratic debate, and restrictions in the exercise of public freedoms.