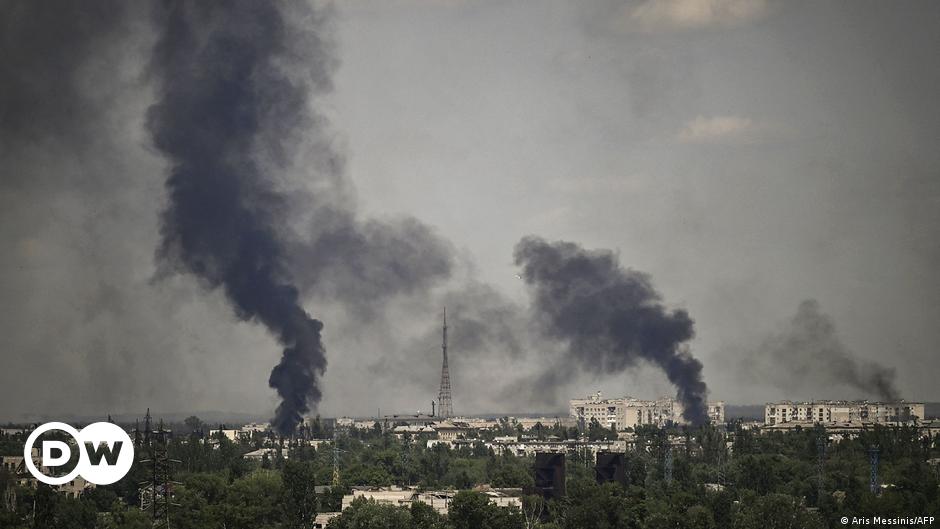 This article was last updated at 02:45 UTC/GMT

He added that there had also been shelling in Ukraine’s second-largest city, Kharkiv, and in the northeast region of Sumy.

Meanwhile, the Ukrainian General Staff warned of further Russian offensives in the region. The General Staff’s daily situation report indicated that a Russian attack on the eastern city of Sloviansk was being prepared.

He added that the European Council will help Kyiv with its “immediate liquidity needs” alongside the G7 countries.

Michel tweeted that this was “strong and concrete support for the reconstruction of Ukraine”.

Summary of the events of the Ukraine-Russia crisis on Sunday

Russian forces launched an assault on the strategic city of Sievierodonetsk after unsuccessfully trying to encircle it, Ukrainian officials said.

Georgia’s breakaway region of South Ossetia has announced that it has abandoned plans to hold a referendum on joining the Russian Federation.

EU Council President Charles Michel said the bloc had agreed to remove Sberbank from the SWIFT international payment system. He also agreed to a partial embargo on Russian oil equivalent to more than two-thirds of all imports.

US President Joe Biden has said Washington will not send Ukrainian rocket systems capable of hitting targets on Russian territory.

The German government has agreed to new simplified rules to allow Russians to enter the country who are considered particularly at risk in their own country.

At least two people have been injured in a bomb attack in the Russian town of Melitopol in southern Ukraine.

You can rewatch our May 30 live updates here.