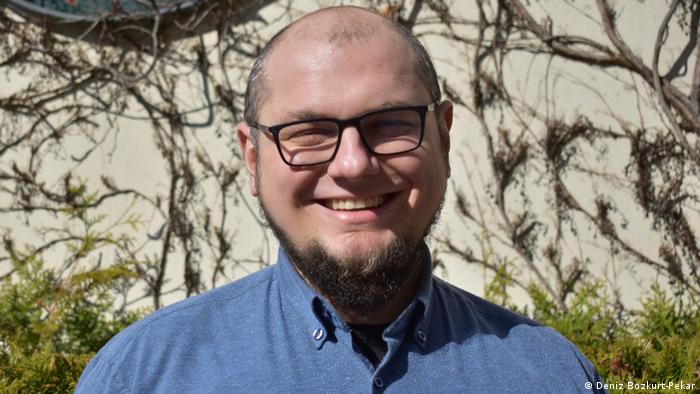 A bill currently before the Turkish parliament that claims to want to tackle “fake news” is being heavily criticized for potentially expanding government control over the internet and the media.

If enacted, the law could allow the government to further restrict journalistic activities, critics say.

In Turkey, almost 90% of national media is already controlled by the government and critical media are under heavy financial and legal pressure. The newly proposed bill aims to target social and online media – a space the government has not been able to fully control until now.

According to the law, the offense of “open dissemination of information that misleads the public” would be added to the Turkish penal code. Those who disseminate information deemed false on “the country’s internal and external security, public order and public health” risk up to three years in prison. If the offense was committed by a person concealing his true identity or as part of the activities of an organization, the penalty would be increased by half.

Parliamentarians from the ruling Justice and Development Party (AKP) and the Nationalist Movement Party (MHP) presented the proposal to amend the press law to the Turkish parliament on 26 May. The parliamentary justice committee will begin discussing the bill on June 1.

According to its authors, the bill seeks to protect people from “expletive, slander, insult, slander, discredit, hatred and discrimination”.

“The act of intentionally producing or disseminating false news has become a serious threat that impedes the rights of citizens to access real information in Turkey,” said a statement justifying the bill.

However, the bill’s lack of a clear definition of what “disinformation” or “fake news” really is has raised questions about the basis for the charges.

Thousands of social media users in Turkey have already faced dubious lawsuits in this regard. Social media posts are frequently cited as evidence in indictments against journalists, intellectuals and politicians, and evidence in trials on charges of “insulting the president” is also usually drawn from posts on social networks.

Communications experts and opposition parties agree that the overall aim of the bill is to control and restrict freedom of opinion and expression.

Yaman Akdeniz, a law professor and cyber rights advocate, told TAUT that the bill’s creation of a new offense defined as the open dissemination of information intended to deceive the public will cause difficulties in practice.

According to Akdeniz, the description of this crime in the bill shows that the mode of legal proceedings will not be different than in the case of other crimes such as insulting the president.

“In fact, it is a type of crime that is incomprehensible on paper. It has been defined quite broadly and is susceptible to arbitrary application. It looks like it will be used frequently in the coming period. We will see that prosecutors will start to open investigations on news with great impact and in social media content, ”he says.

See also  'You stole pieces of my life': Armed robber sentenced to 20 years

Gurkan Ozturan, the Media Freedom Emergency Response (MFRR) coordinator at the European Center for Press and Media Freedom (ECPMF), told TAUT: “When you look at the sub-texts and even between the paragraphs, it is possible to tell that it contains very dangerous elements and a very wide scope.To put it very briefly, it seems that everything that does not echo the information published by the Directorate of Communication could be considered a potential crime.

MHP MP Feti Yıldız, one of the first signatories of the bill, responded to these criticisms. Speaking to TAUT, Yıldız said, “We are not preparing anything to harm, imprison or attack people. We say that anyone who willfully spreads fake news that undermines internal and external security will have to bear the consequences. This is also simple as that.”

According to the main opposition party, the CHP, the main objective of the government is to control both the Internet and social media before the elections.

CHP MP Utku Cakırozer, who followed the steps of preparing the proposal in the Parliamentary Digital Media Committee, told TAUT that during the negotiations opposition parties criticized the bill for having restricts freedom of expression online and freedom of the media.

“Ahead of the elections, the government not only wants to prevent the press from reporting freely and objectively, but also wants to create an atmosphere of pressure that will restrict citizens’ right to criticize and freedom of expression on social media. maybe what we should be focusing on,” he said.

Another essential element of the proposal concerns the issuing of press cards.

According to the bill, to obtain a press card, a person must not be convicted under the Anti-Terrorism Act and the Terrorist Financing Act.

If the proposal becomes law, any journalist whose press card has been canceled due to such convictions will not be able to receive a press card for one year after the date of cancellation, even after the hurdles are lifted. If the press card is canceled as a result of activities and behavior deemed contrary to press morality, the press card will not be reissued for a period of five years.

News organizations have long criticized the government for being arbitrary in its regulation of press cards. Many news outlets and trade unions are now pointing out that one of the most serious censorship and self-censorship mechanisms in the country’s history is now in the works and are calling for the proposal to be withdrawn.