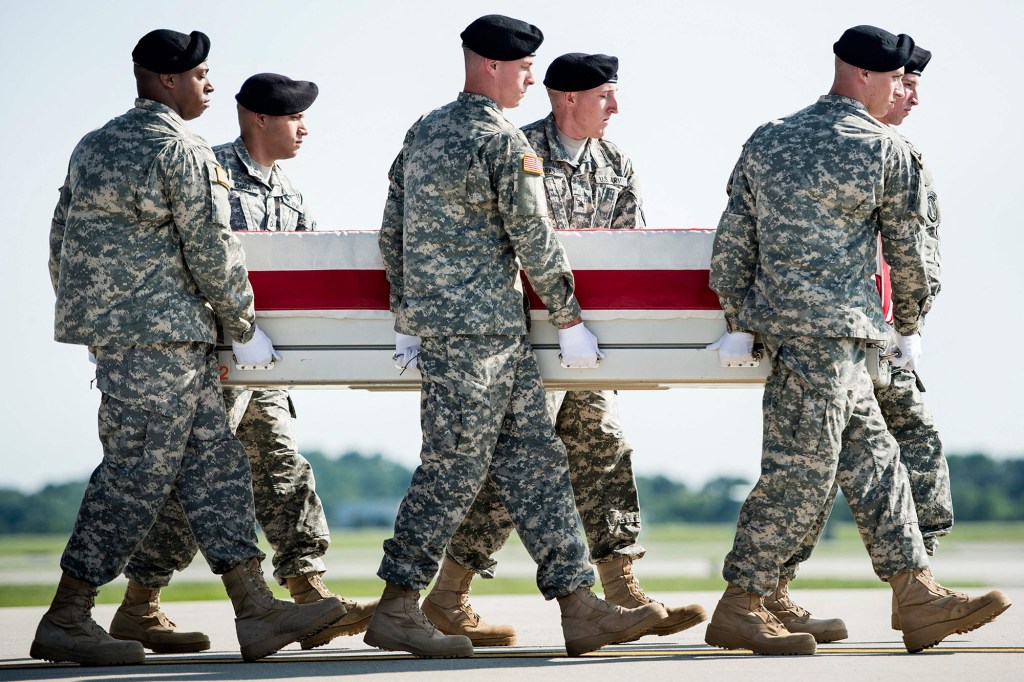 Former President Donald Trump claims he threatened to “exterminate” the Taliban co-founder if he stepped out of line — even sending him a photo of his home to prove he could.

“I sent him a photo of his house,” Trump urged the leader dubbed “Baradar the Butcher,” who is now deputy prime minister after the Taliban seized power.

‘He said, ‘But why else but why are you sending me a picture of my house?’ I said, ‘You have to figure that out,’ Trump claimed in the second part of his sit-down interview, which aired late Thursday.

“I said, ‘If you do something, we’re going to hit you harder than any country has ever been hit.’

Trump noted that he had “wanted to get out of Afghanistan” and that he had been the one who reduced the US presence “to very few soldiers”.

“We would have had a similar schedule, but I would have taken out the military last,” he insisted, saying he also wouldn’t have allowed $85 billion worth of “the best military equipment in the world” to “be left behind” .

Instead, Biden’s “terrible withdrawal” led to 13 military personnel being blown up in horrific scenes of chaos at the Kabul airport last August.

“We lost 13 soldiers, and we also had a large number of soldiers who were horribly wounded – no legs, no arms, their faces blown to smithereens,” Trump told Hannity.

He also urged that “many bad people” could also flee Afghanistan in the crowd of people crammed uncontrollably into jets in the rush to flee.

“A lot of bad people got on those planes. Bad people – terrorists,” he insisted.