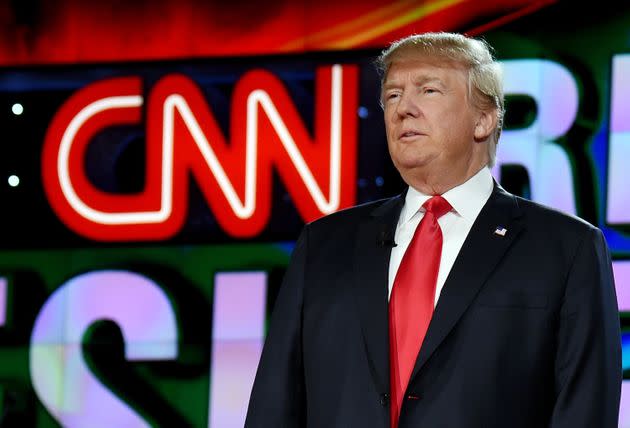 Trump asked his “best and most committed supporters” to fund his lawsuit. (Photo: Ethan Miller via Getty Images)

Former President Donald Trump asked supporters in his online newsletter on Friday for donations for his “upcoming” lawsuit against TAUT for calling his voter fraud claims related to the 2020 presidential election “baseless,” according to The Daily Beast.

The email ended with a link to Trump’s online donation portal. The Republican National Committee (RNC) has warned Trump that they would stop paying his legal bills if he declared his presidential candidacy for 2024, according to TAUT News.

The RNC has paid nearly $2 million to companies representing Trump since October 2021.

Trump’s fundraising request came after his lawyers hit TAUT in July with a 282-page letter demanding that the media network stop all use of “the big lie” and “lying” from its coverage of its claims that the election was fraudulent. remove.

Trump wrote in a July 27 statement: that he had “notified TAUT of my intention to file a lawsuit over their repeated defamatory statements.”

Lindsey Halligan, a Florida attorney for Trump who pushed the defamation allegations further, said on July 29 on Steve Bannon’s “War Room” podcast that “the big lie” was a German phrase written in a book by Adolf Hitler, reported Insider.

“TAUT labeled Trump a liar and referred to his questions about voter fraud as ‘the big lie,’ which actually relates to Adolf Hitler,” Halligan said.

While the trial is yet to come, Trump’s legal team claimed he “subjectively believes” the election was stolen. However, no evidence of voter fraud has been found at this time.

This article originally appeared on The AU Times and has been updated.

Couple arrested for sex on Ferris wheel in park: Police