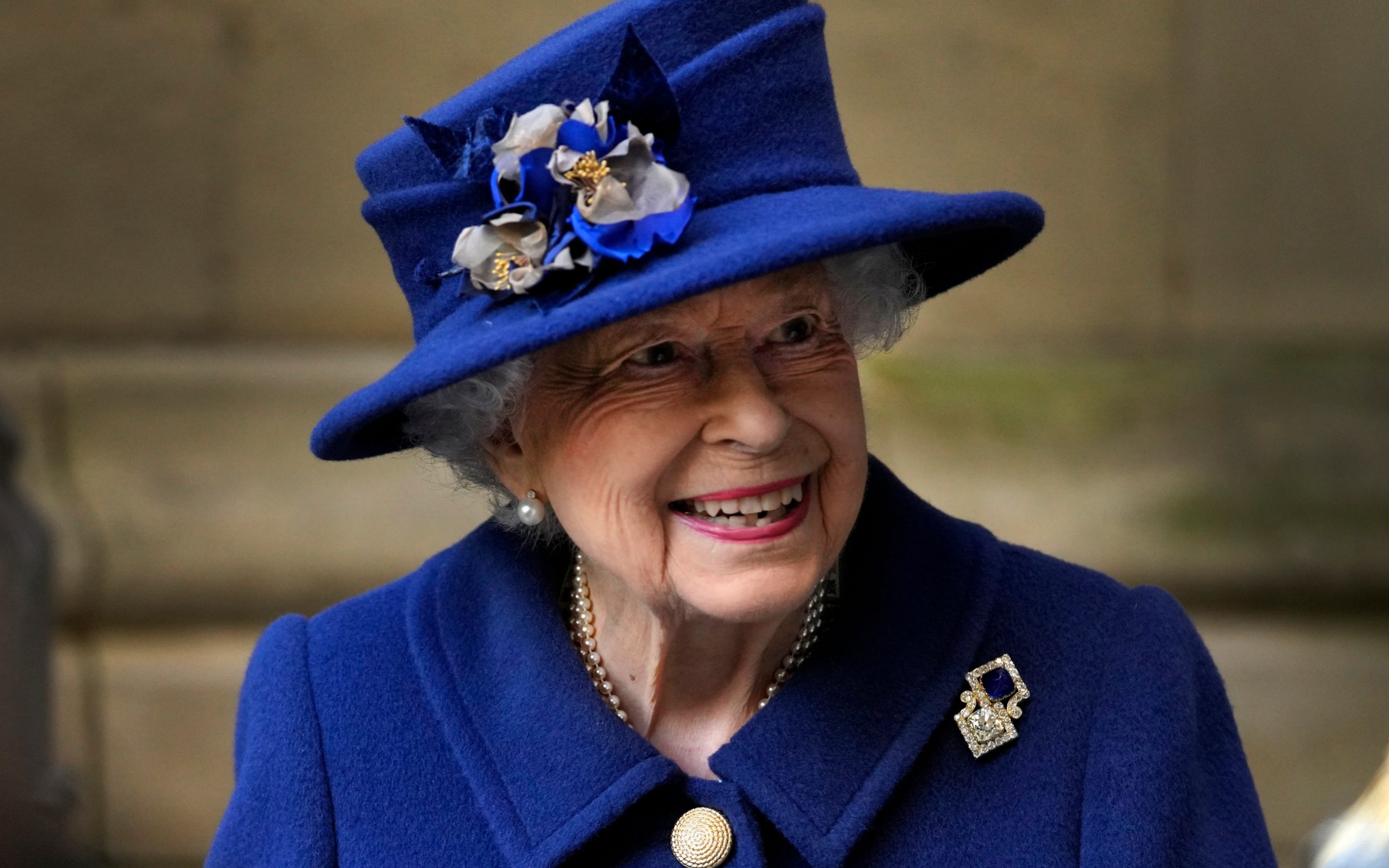 What happens during Trooping the Colour?

During the parade, the Queen inspects soldiers of the Household Division on the Horse Guards Parade in Whitehall.

The colorful display of pageantry includes 1,400 officers and men on parade, 200 horses and 400 musicians from 10 bands. The queen still attends and receives the salute.

According to the household division, 113 words of command are given by the commanding officer, and each year the colors of a different regiment are displayed.

The parade begins when the Queen leaves Buckingham Palace in a horse-drawn carriage, accompanied by a sovereign escort from the Household Cavalry Mounted Regiment at 10 a.m.

She used to arrive side-saddle on a horse, dressed in the uniform of the regiment en troop. However, since 1987 she has arrived in a horse-drawn carriage and in 2022 she will likely arrive in a Range Rover.

The Queen arrives at Horse Guards Parade to receive the Royal Salute from the officers and men on parade at 11 a.m., then conducts an inspection of the troops wearing the ceremonial uniform of red tunics and bearskin hats.

The regimental color (colour) displayed is then carried through the ranks following the bands’ music.

Once the soldiers have paraded past the Queen, she returns to Buckingham Palace for a second salute.

Once there, she is joined by members of the royal family on the balcony of the palace. A 41-gun salute was then carried out at Green Park.

The Queen has taken the salute at every parade since her accession to the throne 70 years ago, except in 1955 when there was a national railway strike.

Last year, however, the Welsh Guard and Massive Household Division Bands staged a scaled-down celebration at Windsor Castle, due to Covid-19 lockdown restrictions.

The socially distanced ceremony went ahead with just two weeks of rehearsals and the Royal Family watched from their homes instead of making their usual appearance on the balcony at Buckingham Palace.

See also  UEFA Women's Euro 2022: When is the tournament, what TV channel is it on and what are the latest odds?

There has also been a lot of speculation as to whether the Queen will continue with those duties this year, given her recent mobility issues.

“Plans are currently being drawn up for members of the Royal Family to replace the Queen at Trooping the Color for the first time in 70 years of reign,” according to the Sunday Times.

Instead, the Prince of Wales, the Duke of Cambridge and the Princess Royal are expected to receive the royal salute during the military display.

Will the Queen attend Trooping the Colour?

Her Majesty’s health has been a cause for concern over her attendance at the four-day Platinum Jubilee celebrations, but Buckingham Palace has confirmed she will attend Trooping the Colour.

The Queen will adjust tradition, however, planning to salute from the balcony of Buckingham Palace for the first time in 70 years of Trooping the Colour.

Compromise is said to allow him to comfortably fulfill his Jubilee duties.

What is the Queen’s birthday?

How does the Queen celebrate April 21?

The Queen usually celebrates her real birthday privately with her family. While the marching band is mainly reserved for its official birthday in the summer, each year on April 21, there are several gunshots in London at noon.

For her 96th birthday, the Queen invited the children of the Royal Borough of Windsor to take part in the traditional 21-gun salute outside Windsor Castle on her birthday.

Windsor Council celebrated Her Majesty’s birthday with the annual firing of miniature cannons on The Long Walk, with a special tribute led by Mayor John Story.

A selection of children attending the ceremony were chosen to fire the cannon, under the supervision of an ammunition expert.

‘I could have died’: Survivor of Enyobeni Tavern tragedy speaks out