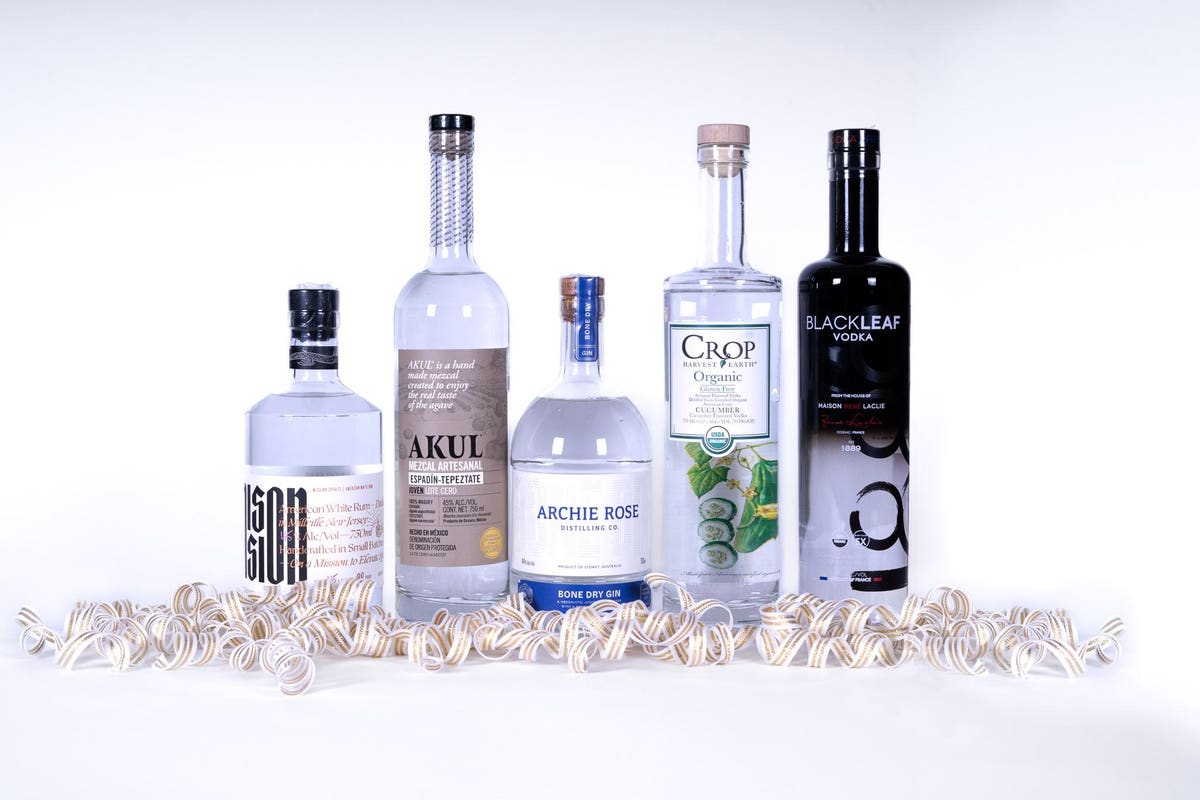 The Tasting Alliance just announced the results of the judging of The New York World Spirits Competition (NYWSC) 2022. A total of eight spirits have won the Best of Class Awards. The winners were an eclectic mix that ranged from well-known industrialists to a surprising number of craft distillers, several from outside the US.

The top prize for The Best in Show Aged White Spirit was Caribu, Selection Solera Rum. This is a Venezuelan rum based on molasses that is distilled in a column and aged in red wine barrels of French and American oak. The rum also won Best of Class Dark/Gold Rum and Best Overall Rum.

The official tasting notes described the rum as:

Creamy on the nose, with signature notes of vanilla, caramel and brown sugar. Smooth and creamy, slightly drying, with striking notes of vanilla/creme brûlée and molasses on the palate. Long, sweet vanilla notes in the finish, with a bit of lingering pepperiness

Was the best of the class white rum? Mission Spirits, American white rum. Produced in New Jersey and bottled at 45% ABV, the judging panel described the rum as:

Spicy and slightly vegetative on the nose, with a hint of brown sugar. Smooth and creamy on the palate, with a distinctive mouth weight and more pronounced molasses. Long, sweet, lingering notes of molasses in the finish.

The best flavored vodka and the best overall vodka was Crop Cucumber Vodka. This Minnesota-produced vodka is bottled at 35% ABV. The judging panel, unsurprisingly, described it as:

Pronounced cucumber aroma on the nose and palate, accompanied by a hint of sweetness. Long, lingering finish, with characteristic notes of cucumber. Perfect for a Bloody Mary or a Dirty Martini.

The best vodka was Blackleaf Organic Vodka. This is a wheat-based vodka produced in the Cognac region of France. The official tasting notes described it as:

Very clean on the nose, with a hint of lemon. Soft and creamy in the mouth. Relatively neutral taste, with just a hint of pepperiness. Long, clean finish, with light, lingering citrus notes.

Wheat-based vodkas tend to be light, crisp, and slightly sweet with subtle lemon notes. They are usually the best choice for vodkas with neutral flavors. On the other hand, rye-based vodkas tend to have more pronounced herbal notes, while corn-based vodkas typically exhibit a more noticeable sweetness and often have a creamy, buttery quality.

Was the best gin in its class and the best overall gin? Archie Rose Distilling Company, Bone Dry Gin. Bottled at 44% ABV, this is an Australian gin from Sydney. Archie Rose also won a double gold medal for his Distiller’s Strength Gin52.4% abv.

Both gins use 16 different botanicals, including some uniquely Australian. Each botanical plant is individually distilled in a copper pot vacuum kettle. The individually infused spirits are then blended to create the gin expression.

The jury panel described the Bone Dry Gin as:

Light juniper on the nose, with a hint of wet stone minerality. A touch of sweetness in the mouth. Smooth and creamy, with a distinctive spicy note, along with juniper and lime-lime flavours. Slightly peppery, with a long, lingering finish.

Other top gins included Beachtree Distilling Company, Organic Native Skippy Ginanother Australian gin, Mcqueen and the Violet Mista Gin from Brazil, and Isle of Harris Gin from Scotland. Batch Zero, Monterey Pine Gin from California, was the best gin in the US.

The Best of Class Barrel Aged Gin was? The Family Jones, Earl Gray Juniper Jones Gin from Colorado. The jury described it as having:

Juniper on the nose, with a hint of wood. Sweet on the palate, with a distinctive tea flavour. Long, sweet finish, with a lingering tea note.

The Best of Class Cognac and Best in Show Brandy was Kelt Cognac, XO Cognac. The official tasting notes described the Cognac as:

Dried fruit and caramel on the nose. Very soft, although slightly drying, peppery, with notes of dried fruit on the palate. Long, sweet, caramel and dried fruit finish.

Also winning a Double Gold was Camus Cognac, Intensely Aromatic XO. As the name suggests, it is a very floral and aromatic Cognac. The jury described it as being:

Extremely floral and aromatic, wax, leather and some signature tea notes on the nose. Sweet in the mouth, fruity and smooth. Long, sweet aftertaste of dried fruit, with a lingering tea note.

Best in class other brandy was BAKTA, 27-07. The brandy is an unusual blend of Armagnac and Calvados, the apple brandy from Normandy. The official tasting notes described it as showing:

Durga Puja 2022: What is Sindoor Khela? Know its meaning

World Animal Day 2022: History, significance of the occasion and how to celebrate it