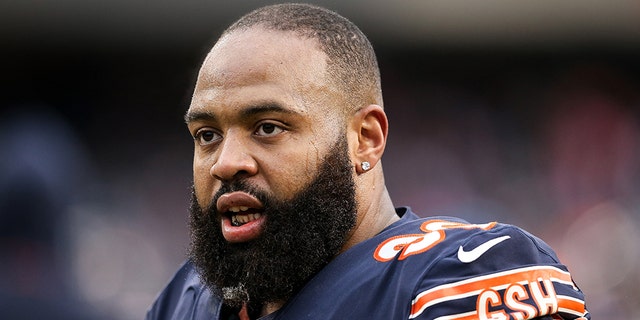 The Buccaneers have agreed to terms on a one-year contract with the veteran defensive tackle, who will move to Tampa Bay after six seasons in the Windy City.

ESPN reported the deal was worth up to $10 million.

Akiem Hicks #96 of the Chicago Bears crosses the field before the NFC Wild Card playoff game against the Philadelphia Eagles at Soldier Field on January 6, 2019 in Chicago, Illinois.
(Photo by Dylan Buell/Getty Images)

Hicks’ decision to join the Buccaneers likely means defensive tackle Ndamukong Suh won’t be back for a fourth season in Tampa Bay.

Suh, who won Super Bowl LV with the Buccaneers, has yet to sign with another team this offseason.

Hicks, 32, was a productive player in Chicago who is known for his ability to stop the run. He made the Pro Bowl in 2018, totaling 7.5 sacks, 12 tackles for loss and 16 quarterback hits.

Hicks was a key member of the Bears defense that helped Chicago advance to the Wild Card round in 2019 and 2021. The Bears lost both of those playoff games.

JUSTIN FIELDS DES BEARS OPTIMISTIC FOR A 2ND SEASON, READY TO REVEAL THE CULTURE IN THE ORGANIZATION

The defensive lineman joined the Bears on a two-year contract in 2016.

In his first season, Hicks had seven sacks and 54 tackles, earning him a four-year, $48 million contract extension in 2017, which kept him in Chicago through the 2021 season. .

Originally a third-round pick by the Saints in the 2012 NFL Draft, Hicks started 33 games in New Orleans. He was traded to the New England Patriots during the 2015 season prior to his stint with the Bears.