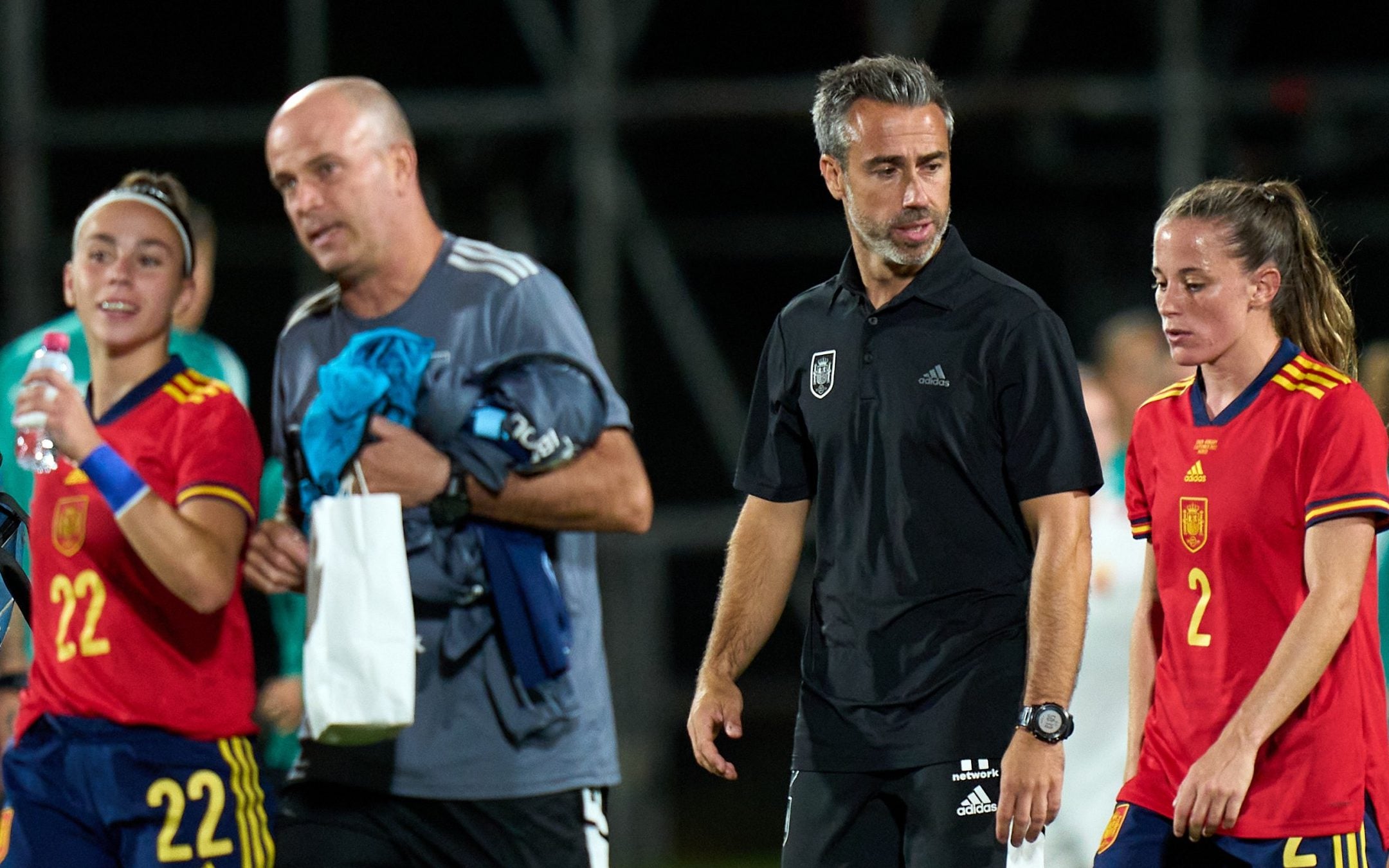 Spain’s female players insist they never called for the resignation of head coach Jorge Vilda – and lashed out at the governing body for making their concerns public.

The Royal Spanish Football Federation said it had received 15 emails from players refusing to continue to represent their country under Vilda.

According to the national governing body, the players had claimed that Vilda’s regime is affecting their “health” and “emotional state” and “until it is reversed, they will forego the Spain national team”.

Reports suggested the players agreed to push for the departure of Vilda, who has held the role since 2015, shortly after their defeat to England in the Euro 2022 quarter-finals due to his coaching methods and tactics.

The RFEF stated that the players could be disqualified for up to five years and only allowed to play again “if they accept their mistake and ask for forgiveness”, adding that it would replace the players with others from the lower age groups of the national team.

Later on Friday, the players issued a collective response on social media, posted via Manchester United defender Ona Batlle and Barcelona midfielder Alexia Putellas, the 2021 Ballon d’Or winner who was forced out of Euro 2022 due to a serious knee injury.

The players said they “never asked for the coach’s resignation”, adding that “in any case, it is not our job to choose the position”.

The group stressed disappointment “that the RFEF has, in a partial and interested manner, made public a private communication containing information that affects our health.”

The players made it clear “we have in no way resigned from the Spanish team, as the RFEF states in their official statement.”

The group’s message continued: “As we said in our private communications, we have maintained and will continue to maintain an unquestionable commitment to the Spanish national team.

“Therefore, we request in our communication sent to the RFEF not to be called into situations that affect our emotional and personal state, our performance and consequently the results of the team and that could lead to unwanted injuries. These would be the reasons that lead us to make this decision.

See also  Health insurance premiums: How you can save

“We want a firm commitment to a professional project in which all aspects are taken care of to get the best performance from a group of players with whom we believe can achieve more and better goals.

“We wish the best for the RFEF, for the women’s national team and for us in particular, without engaging in public wars.”

‘We regret that we have to go to this extreme’

The statement concluded: “From our ambition as players, fighters and winners, we simply want to achieve maximum professional and personal success again.

“Last but not least, we will not tolerate the infantilizing tone with which the RFEF concludes its statement.

“We regret that in the context of women’s sports we have to go to the extreme, as has unfortunately happened in other national teams and other sports historically at the global level, to make progress in a powerful and ambitious professional project for the present and for future generations.”

Asked about the situation ahead of the Women’s Super League game in Chelsea on Sunday, City boss Gareth Taylor said at a press conference: “(I’ve) had a few conversations with the players involved. They’re fine.

“A lot of this conversation is hard for me because I don’t know a lot of the details. I’ve talked to the girls, just more for support, and they’re OK.

“They enjoy life with us at the club. Hopefully that can be resolved for them and the rest of the players on the international stage.”