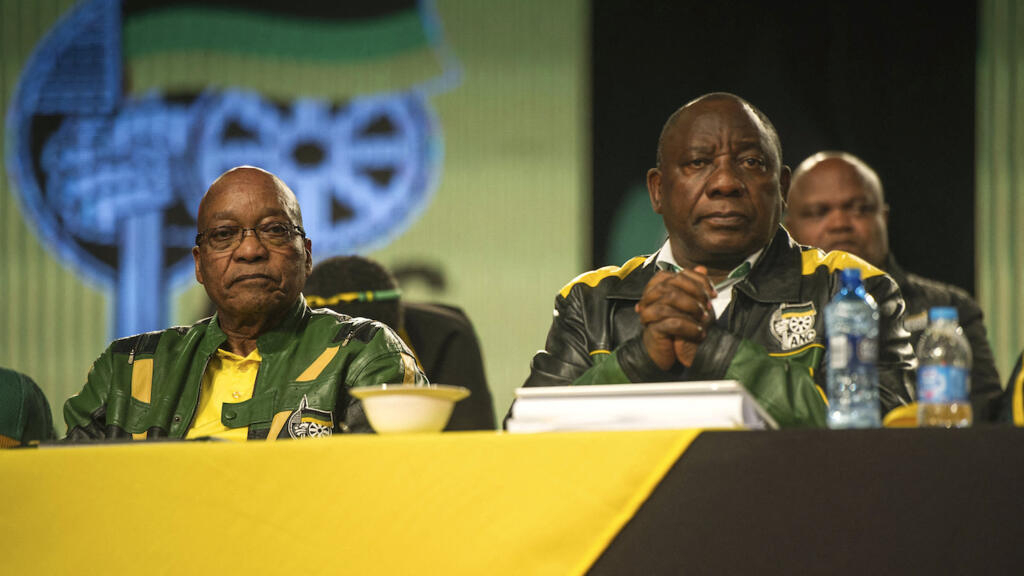 The latest damning findings from a four-year investigation into state corruption in South Africa under ex-leader Jacob Zuma, released on Wednesday, suggest President Ramaphosa could have acted on some of the allegations against his predecessor.

Upon receiving the report, Ramaphosa, who was Zuma’s deputy at the time, called the corruption “an assault on our democracy.”

The report was delivered to Ramaphosa at his offices in Pretoria by the head of the commission of inquiry and chief justice, Raymond Zondo.

The looting and mismanagement of South African state enterprises during Zuma’s nine years in power, when Ramaphosa was his deputy, has been dubbed “state capture”.

In total, it took more than 400 days for a commission of inquiry to collect testimony from around 300 witnesses, including Ramaphosa.

Ramaphosa’s responses to some questions about what he knew about corrupt activities were “opaque” and “unfortunately leave significant gaps”, according to the report.

And while he could have acted to curb corruption, “the wealth of evidence before this commission suggests the answer is yes,” he said.

“Surely there was enough credible information in the public domain…to at least prompt him to investigate and perhaps act on a number of serious allegations.

“As vice president, he surely had a responsibility to do that.”

Ramaphosa did not immediately respond to the contents of the report, but said it “presents us with an opportunity to break permanently from the era of state capture.”

“The state capture was truly an attack on our democracy, it violated the rights of every man, woman and child in this country.”

The investigation was prompted by a 2016 report by the then corruption ombudsman.

More than 1,430 people and institutions, including Zuma, were involved. Zuma has previously denied any wrongdoing.

Ramaphosa now has four months to act on the panel’s recommendations.

The first volume of the report was released in January, and now the full document is over 5,600 pages.

The report describes Zuma as a “key player” in the high-profile plunder of state-owned enterprises that continued his nine-year tenure, which ended unceremoniously in 2018 when he was forced to resign.

Zuma was sentenced last year to 15 months in prison for refusing to testify before investigators.

The panel said “Zuma fled the commission because he knew there were questions” he would not answer, as he named his ally and ex-chairman of troubled national carrier South African Airlines (SAA ) for dismantling the airline.

Investigations revealed how Zuma’s friends, the wealthy Indian-born Gupta brothers, meddled with the highest levels of government and the ruling African National Congress, including influencing cabinet appointments under Zuma.

Two of Gupta’s three tycoons were arrested in Dubai earlier this month and face extradition to South Africa for trial.

“The natural conclusion is that during this period…the ANC under President Zuma enabled, supported and enabled corruption and state capture,” the report said.

After Zuma was forced to resign over corruption, Ramaphosa took office saying that fighting corruption was a priority for his administration.

Ramaphosa in 2019 estimated that corruption could have cost South Africa around 500 billion rand ($31.4 million), an amount equivalent to around a tenth of the GDP of the most industrialized economy in South Africa. Africa.

The release of the final report comes as Ramaphosa himself is embroiled in a scandal following a robbery at his luxurious game and cattle farm two years ago.

A former spy chief, Arthur Fraser, has accused him of corruption, alleging he hid millions of dollars in cash in couches and bribed thieves to avoid scrutiny for keeping large sums of money at home.

The scandal risks derailing Ramaphosa’s bid for a second term as ANC president ahead of the 2024 general election. oppose his fight against corruption.