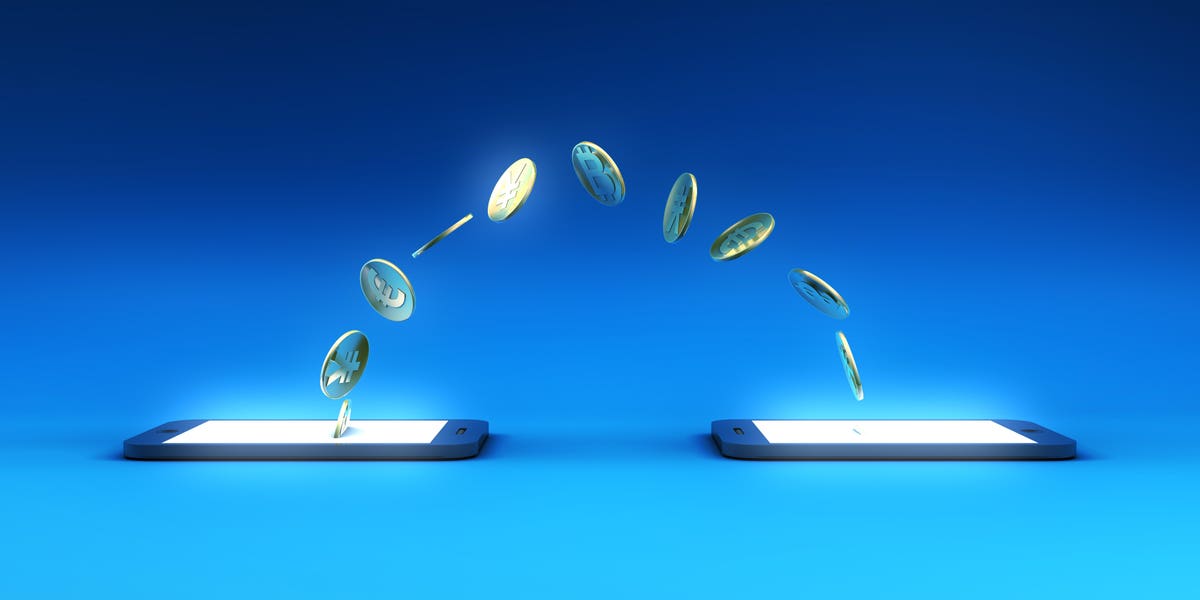 A month ago, early May, Coinbase told investors – and, indirectly, its account holders – that if they went bankrupt, the cryptocurrencies held on their exchange could become theirs instead of yours.

In its first quarter earnings report, Coinbase said that if the company were to file for bankruptcy, a bankruptcy court could treat customer assets as Coinbase’s assets. Bitcoin Hodlers holding their BTC on Coinbase would be “end of line for redemption,” Bloomberg reported on May 11.

This is news for many people. As of December 2021, some 80 million individual cryptocurrency wallets were in use globally. It reached 82.2 million in April, according to Statista.

Coinbase was the custodian of some $256 billion in customer funds at the end of the first quarter. Imagine some of that disappearing to pay off venture capitalists and global bond lords? Coinbase has a bond of around $1.2 billion due 2031.

Large investors often have professional fund managers managing their cryptocurrency accounts. These have their own guards to keep it safe. This is not the case for retail investors. There is a pro version of Coinbase, and some exchanges allow you to sign up for custodial accounts for added security. But if Coinbase holds your funds in trust and goes bankrupt, as they are required to warn by the Securities and Exchange Commission, investors’ crypto could be used to pay off creditors in the worst-case scenario. Assuming this is a plausible risk, should retail investors get individual wallets to hold their crypto? There is no Federal Deposit Insurance Corporation for cryptocurrency accounts.

“Exchanges are doing their best to make the overall crypto user experience more comfortable. But comfort is a double-edged sword. Storing everything on an exchange means you have to trust the exchange team, their platform mechanics, the market situation and how they go about complying with regulations,” says Michael Gord, board member of the Everscale Foundation in Canada. “If the only person you really trust when it comes to your personal finances is yourself, you should definitely have your own wallet.” Everscale has its own wallet, the EVER wallet.

Coin holders usually want an individual coin’s wallet because they use the coin to interact on a particular blockchain ecosystem. Having a wallet makes it easy.

Those who do not intend to use the tokens for anything other than a speculative investment, it is important to note that yielding cryptocurrencies are best kept in their own individual portfolio. Otherwise, Coinbase will reduce around 25% of these earnings. More advanced investors who participate in staking and yield farming programs will have their own portfolios tied to these yield-carrying tokens.

During the height of the initial coin offering phase, hard wallets became the new way to store Bitcoin and Etheruh. They proliferated as a solution. They are basically like flash drives. Ledger-branded wallets have become ubiquitous. But, like any other portable drive, they get cluttered in a desk drawer or stored somewhere in a backpack. Hard wallets should be in a place as identifiable and secure as a traditional combination safe containing the family jewels.

“It’s a good idea, but there’s always the risk of losing or breaking them,” says Mike Ermolaev, spokesperson for ChangeNOW, a crypto exchange in Georgia.

Hard wallets aren’t very convenient for regular traders who have to remember to store on disk, and they’re slower to use than a mobile app.

Worse still, Ermolaev said that there are many re-flashed and fake hardware wallets designed to steal cryptocurrency.

Most people think of centralized cryptocurrency exchanges as their e-commerce account. It is impossible to hold stocks, cash and bonds of individual companies in a home safe, so investors have long turned to banks or brokers for service and safekeeping.

Cryptocurrency is different. Investors who keep their cryptocurrency holdings on an exchange give their private keys to the exchange, and “therefore your money,” Ermolaev says.

According to a blog post by blockchain data group Chainalysis in February, an estimated $2.66 billion has been stolen from exchanges since 2012, with the most common method of attack being private key theft. In theory, it would be much harder (and safer) to steal an individual’s digital assets hidden in a multitude of different wallets.

Individual use of digital wallets is on the rise, according to a report by market research firm Mercator titled “Digital Wallets: Moving Beyond Payments With Expanding Options,” published June 15.

Universal wallets – which support multiple unrelated items that are part of a particular blockchain – and merchant-supported wallets, which are wallets that narrowly focus on a specific brand, are seeing their user base increase.

Mercator said this was mainly due to branded wallets, from branded tech companies like PayPal.and was more of a consumer story than an investor story.

“The market (for digital wallets) continues to define itself as use cases evolve and consumers develop more enduring preferences. Table stakes of payments via digital wallets provide an opportunity to expand how these payments are processed and act as a gateway to digitize other items commonly found in physical wallets,” commented Jordan Hirschfield, Research Director at Mercator Advisory Group.

Safety matters most, but so does convenience. Is it really worth having 10 different wallets and login accounts? If we stick to the previous comparison with banks as depositories of cash and securities, no one has 10 different bank accounts.

The ChangeNOW exchange has its own wallet. “You will fully own your assets because your private keys are in your hands,” Ermolaev said of their NOW wallet. “The phrase ‘not your keys, not your coins’ is commonly used by crypto enthusiasts. Unless you’re a day trader, it’s best to keep your cryptos in a separate wallet rather than on an exchange”, he says, touting their integration of the ChangeNOW exchange with their portfolio allows investors to manage their portfolio directly in an app without having to visit an exchange.

“The crypto space is full of opportunity, but one of the cornerstones of using cryptocurrency is having control of your own assets,” says Gord. “That’s not possible with daycare. Unfortunately, there have been many instances of people losing their money to custodians, so many people try to avoid this by having full control.

Coinbase CEO Brian Armstrong said in a series of Twitter posts on May 10 that customers would be protected in the event of bankruptcy. “Your funds are safe at Coinbase, as they always have been,” he tweeted.

** The author of this article owns Bitcoin and holds them with Bitpay and other digital assets are held by Coinbase. It has an individual portfolio for Algorand to collect the yield
.**

See also  Will Fed tightening bend or break the US consumer?