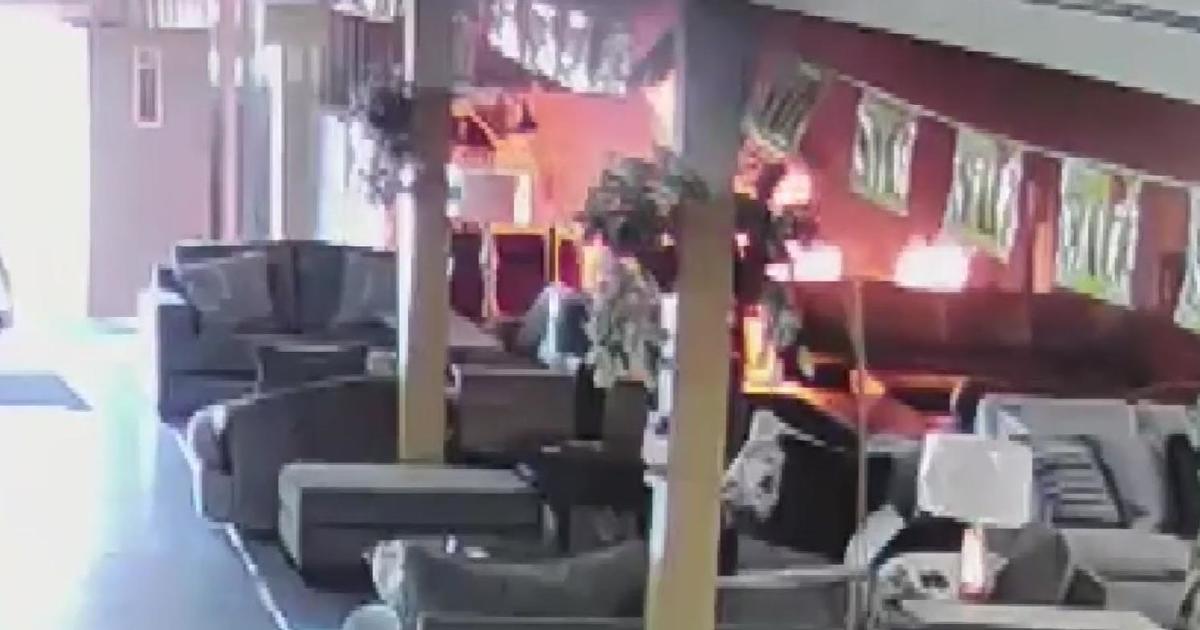 OAKLAND — Dramatic video shows flames breaking out at a West Oakland furniture store during a broad daylight arson attack earlier in May, with the family business now struggling to rebuild.

It took only seconds for the flames to rip through the sofas and thick smoke to fill Dimensional Outlet Furniture, a store on San Pablo Avenue in Oakland.

The video shows a man walking casually moments earlier around 2 p.m. on May 15. He appears to pour accelerant on the couches before setting them on fire and running out.

“I started shouting ‘Fire!’ I ran out and tried to warn my cousin, who is in the warehouse, and then her partner who is over there in the bed area,” said David Nguyen, director of Dimensional Outlet Furniture. “And so they’re all warned. So once I hit here, I realized, ‘Oh fuck, I gotta try to put out this fire. “”

Nguyen said he managed to figure out how to put out the flames to save his store.

“I called 911, left the phone in my pocket. I looked for fire extinguishers. I used one and the fire was still there,” Nguyen recalled.

He said it took him ten minutes to reach a dispatcher when he called 911.

Although most furniture on the floor looks good, virtually all furniture is smoke damaged. He estimates the total damage at $200,000.

“We are slowly returning to pre-COVID levels [of business]and then now we’re just like…nothing,” Nguyen said.

He said he will have to close his store for about two months to get things back in order. His family has owned Dimensional Outlet Furniture since 2006.

“Right now is actually a really tough time to get furniture,” he said. “We have to plan five, six months ahead for furniture to pick us up, just because of supply chain issues.”

Its workers are temporarily unemployed. Normally Memorial Day weekend would have been good for business.

Oakland police said they are investigating the arson. The motive for the attack is unknown.

Betty Yu joined KPIX 5 in November 2013 as a generalist journalist. She spent two years at WTVJ, the NBC-owned station in Miami, as a reporter before moving to San Francisco.