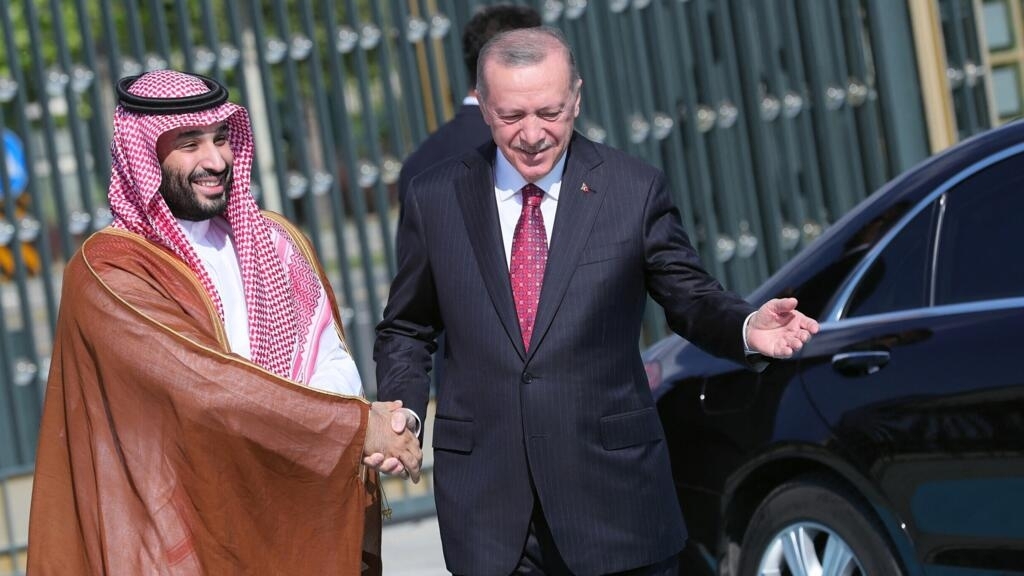 Saudi Crown Prince Mohammed bin Salman arrived in Turkey for the first time in years on Wednesday for talks with President Tayyip Erdogan aimed at fully normalizing ties that were severed after the murder of Saudi journalist Jamal Khashoggi.

The visit marks a milestone in the de facto Saudi leader’s efforts to restore his image beyond the Gulf, and comes as Erdogan seeks financial support that could help ease Turkey’s beleaguered economy ahead of an election. close presidential elections.

In April, Erdogan held one-on-one talks with Prince Mohammed in Saudi Arabia after a month-long road to restoring relations between regional powers, including dropping the Turkish trial over the 2018 killing of Khashoggi in Istanbul. .

Erdogan said last week that he and Prince Mohammed would discuss “how much higher level” they could take ties at talks in Ankara.

The visit is expected to bring “full normalization and restoration to the pre-crisis period”, a senior Turkish official told Reuters on condition of anonymity. “A new era is about to begin.”

Erdogan welcomed Prince Mohammed to the presidential palace in Ankara in a ceremony and the two shook hands and embraced each other, before being greeted by members of the Turkish cabinet.

In a statement after the talks, the two countries stressed their determination to usher in a new period of cooperation in bilateral relations.

However, he said negotiations over a possible currency swap line – which could help restore Turkey’s depleted foreign exchange reserves – were not moving “as fast as desired” and would be discussed privately between Erdogan and Prince Mohammad.

The two countries also discussed improving cooperation in trade and sectors such as defence, energy and tourism, among others, the joint statement said. He added that Ankara had invited Saudi investment funds to invest in Turkish startups.

Prince Mohammed is on his first tour outside the Gulf region in over three years, including a visit to Jordan.

Ties between Ankara and Riyadh deteriorated after a Saudi commando killed and dismembered Khashoggi in 2018 at the kingdom’s consulate in Istanbul. Erdogan at the time blamed the “highest levels” of the Saudi government.

The visit, including the welcoming ceremony at the palace, marks a turnaround in their relationship. Ankara ended all criticism and halted its murder trial in April, transferring the case to Riyadh in a move condemned by human rights groups.

US President Joe Biden is due to visit Saudi Arabia in July as Washington battles record gasoline prices and builds a united front against Russia following its invasion of Ukraine.

The visit also comes as the Turkish economy is strained by a falling pound and inflation exceeding 70%. Saudi funds and foreign currency could help Erdogan build support ahead of elections by June 2023, analysts say.

The Turkish official said Saudi Arabia may be interested in companies from the Turkish Wealth Fund or elsewhere, or investments similar to those in the United Arab Emirates in recent months.

The leaders will also discuss the possible sale of Turkish armed drones to Riyadh, the person added.

Kemal Kilicdaroglu, leader of the main opposition Republican People’s Party (CHP), said on Tuesday that Erdogan will “kiss the man who ordered the killing” of Khashoggi and accused him of exchanging “the honor of the country” in return for financial aid.

Prince Mohammed denies any involvement in the murder.