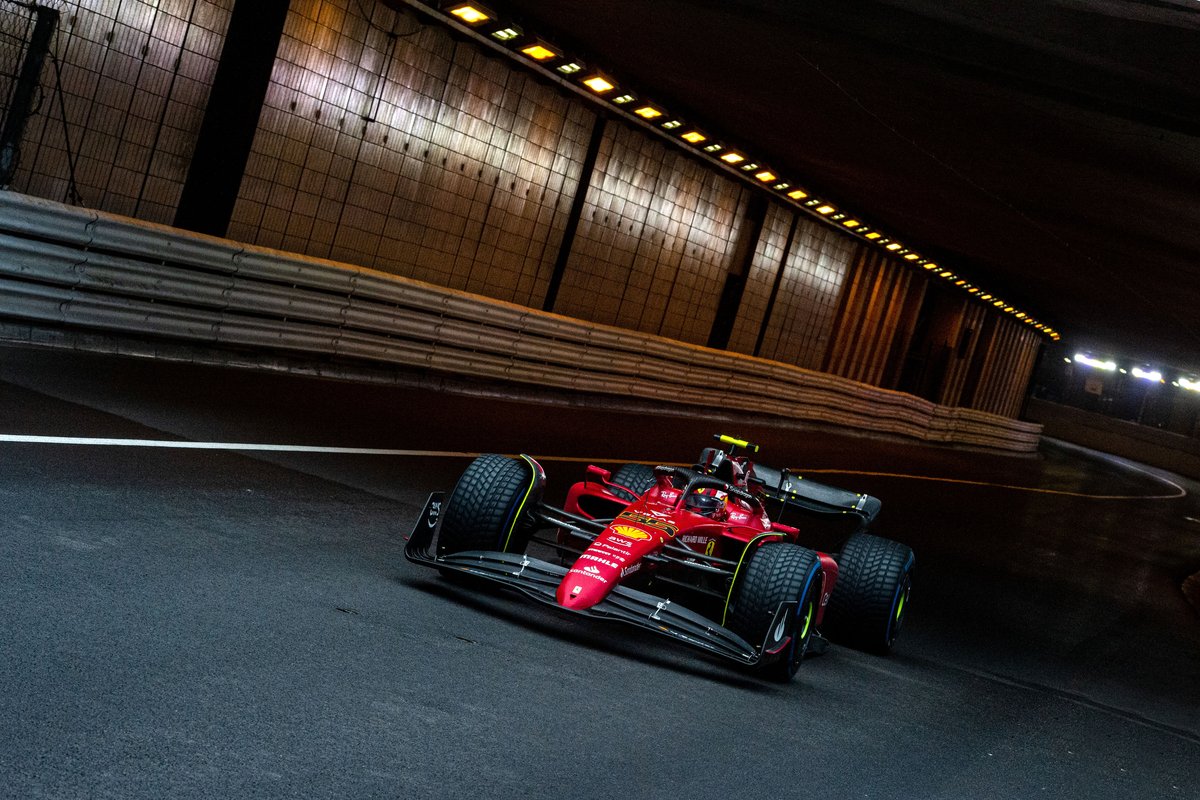 As the Monegasque track dried up after a pre-race downpour, Sainz decided not to call on intermediaries like his teammate Charles Leclerc and stayed in the wet until the track was ready for slicks.

The strategy gave him a great chance of securing his first F1 victory, but a slow lap behind Latifi meant Sainz was passed by Red Bull’s Sergio Perez, who emerged from his own pitstop a lap later with a lead he held until the finish.

Immediately after the race, Sainz said it was late lap traffic that cost him a chance to win.

When asked on Sunday night to elaborate on the issues he was facing, Sainz questioned why Latifi decided to stay in front when the Spaniard came out of the pits, rather than moving behind.

“You can understand the frustration and the feeling I felt there because I knew my race was focused on that lap,” Sainz said.

“As soon as I came out of the pits I skated, obviously on the wet area. And [Latifi] just managed to sneak past me.

“Knowing that I was the race leader at the time, he could have perfectly stayed behind me instead of overtaking me, when I have to stay to the right of the yellow line as others have struggled to do it.

“He passed me on the way up, because I had to stay right on the wet area of ​​the yellow line.”

Sainz explained that Latifi only considered blue flags in the tunnel, which meant the Ferrari lost its advantage of getting an extra lap on slicks to Perez.

The Mexican had been the first of the leaders to take on the middlemen, with Ferrari’s delay in responding with Leclerc meaning the poleman joined behind Red Bull.

“But by then I had already lost the tire warm-up and the time to make the difference on the slick.

“I believe that this tablecloth at that time was already as fast as Inter and certainly not slower than Inter.

“And just because I was stuck behind this slowest car on the grid at that point, it cost me the opportunity to stay ahead of Checo after the pit stop.