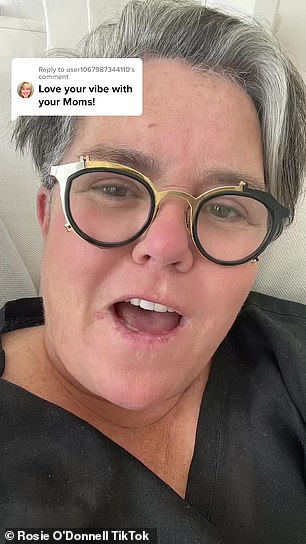 Rosie O’Donnell responds to her daughter Vivienne after the teen said on TikTok that her upbringing with the star was not ‘normal’.

“Vivi, what do you mean I didn’t do anything normal?” replied the 60-year-old comedian in her own TikTok video on Thursday, adding, “I was doing normal things. I am normal. I’m perfectly normal.’

Vivienne, 19, is the youngest of Rosie’s four children who she shares with ex-wife Kelli Carpenter who she split with in 2007. They also share sons Parker, 27, and Blake, 22, and daughter Chelsea, 24.

O’Donnell welcomed her fifth child, daughter Dakota, nine, with former partner Michelle Rounds in 2013. Rounds died of an apparent suicide at age 46 in 2017.

In their back-and-forth on TikTok, O’Donnell addressed the teen’s claim that she “never” followed protocols as a parent, joking in response, “Jeez, Viv. I’m going to tell you some secrets!’ 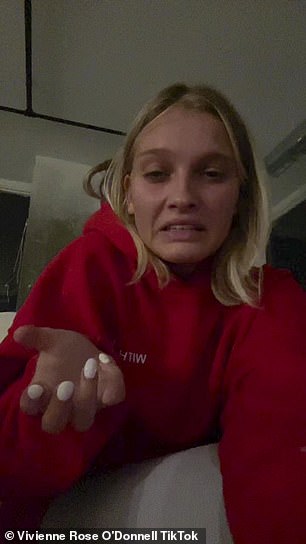 Rosie O’Donnell hits back at daughter Vivienne, 19, for saying her upbringing was not ‘normal’… while the comedian jokingly threatens to ‘tell some secrets’ about the teen on TikTok

Earlier on Thursday, Vivienne made a series of claims about what life was like to be raised by O’Donnell, and while she said it was “grateful” to her, she emphasized to viewers that it was not a “normal” upbringing.

Vivienne mostly seemed to refer to being surrounded by A-List stars growing up, including Madonna and Oprah Winfrey.

“Don’t be offended, Mom,” Vivienne began. “She just didn’t really inform us (about) anything.”

“She’s done so much for me and I’m so incredibly, incredibly grateful to her, but one thing she hasn’t done is normal.”

“At my birthday parties, this beautiful woman always came, and I thought, ‘Yeah, there’s Mo,'” she added. “I never had any idea who the f*** she was. Then I find out it was Madonna all those years.’ 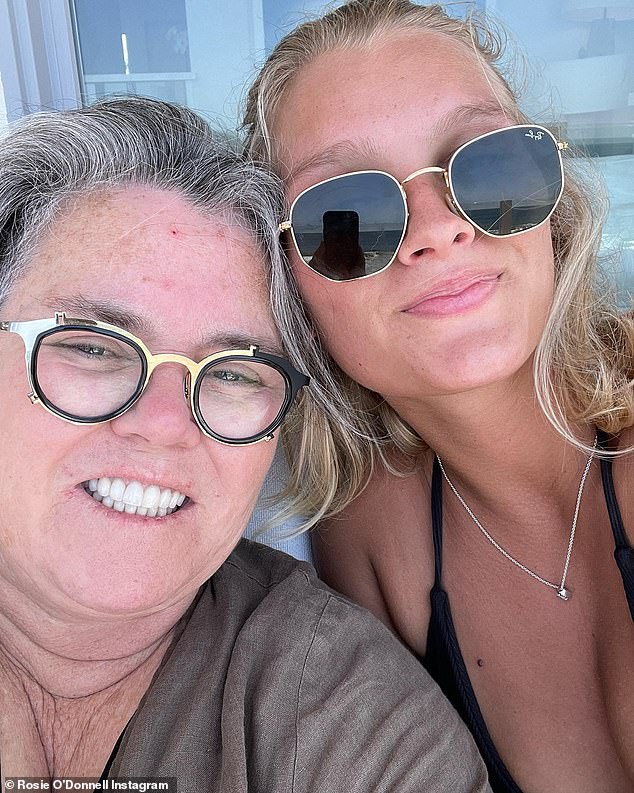 Happy Families: Vivienne, 19, is the youngest of Rosie’s four children who she shares with ex-wife Kelli Carpenter whom she broke up with in 2007

She added that it was ‘the same with Oprah’ [Winfrey]’ as she called another of her mother’s famous friends.

O’Donnell and her daughter Vivienne have had a troubled relationship over the years.

The comedian was visibly shocked in 2020 when Vivienne revealed in front of her mother that she had been drugged and assaulted.

The pair were filming a TikTok video when she made the revelations, with O’Donnell looking both surprised and stunned.

O’Donnell – who recently became an Instagram official with new girlfriend Aimee, 43, after five months – became a grandmother this year when her eldest daughter Chelsea welcomed a child in February.

She and Chelsea have argued publicly over the years, although they forgave each other in 2018.

O’Donnell then spoke of the drama on The Talk, saying, “I think with my relationship with my daughter, Chelsea, it really is because we’ve been through some really public hard times.”

“She’s doing better now and we’re both communicating with each other. If someone does something unforgivable to you and you can forgive them and they can forgive you, then there is a kind of grace that descends on both of you in there.” 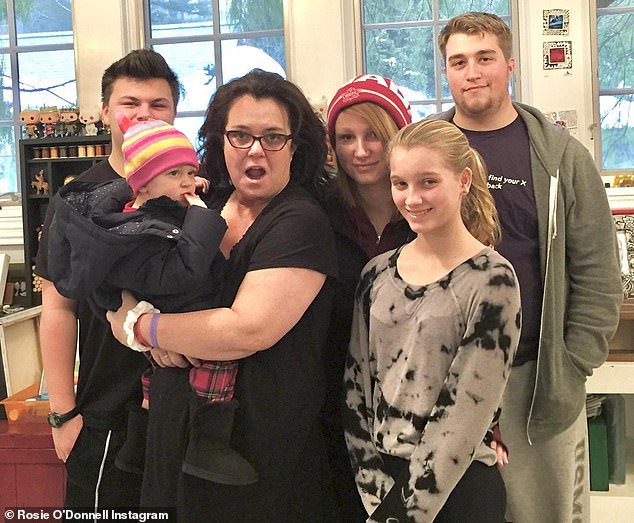 Mother Duties: Rosie is pictured with her children; sons Parker, 27, and Blake, 22, daughters Chelsea, 24, and Vivienne, 19, and Dakota, now nine, when she was a baby

Former conjoined twins turn 21 and still change lives: ‘I want to do this as long as possible’