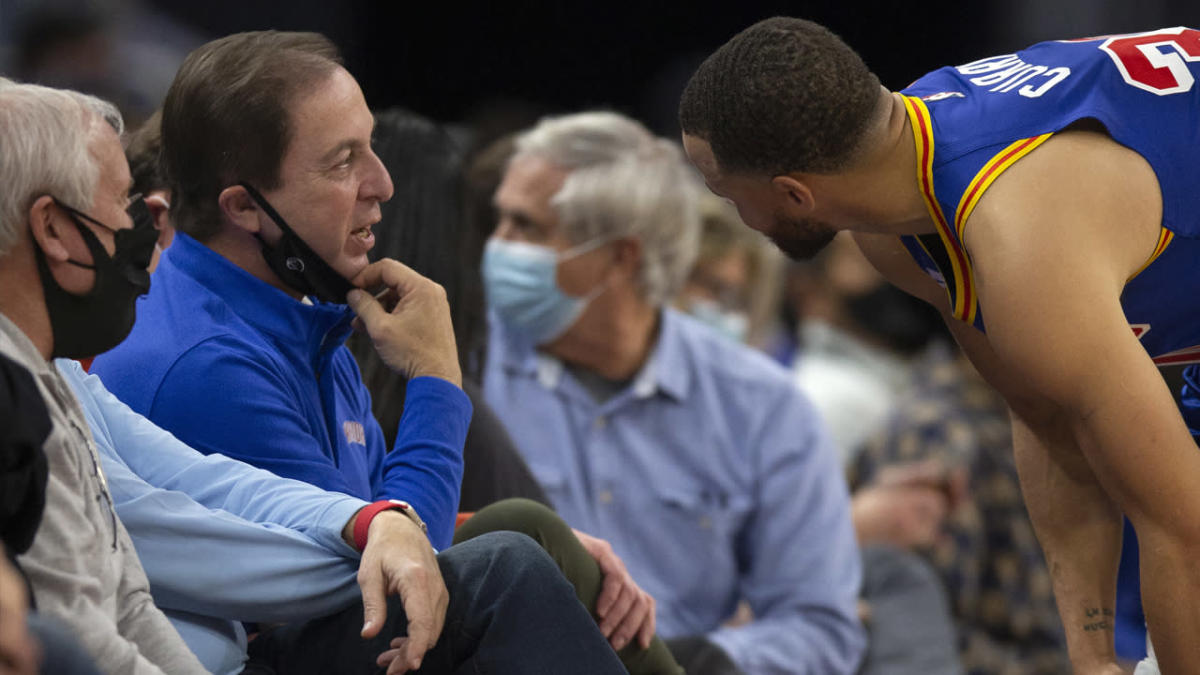 Coming back from the road to the finals wasn’t always easy for Lacob, Dubs originally appeared on NBC Sports Bayarea

SAN FRANCISCO — Warriors CEO Joe Lacob reminded us Monday afternoon that he’s not one to procrastinate or hide his emotions. He wants the franchise to be all gas, 24/7, in basketball and beyond. And that endless ambition is felt in every nook and cranny of the Chase Center.

He’s thrilled, of course, to see the Warriors make their sixth trip to the NBA Finals in eight seasons, all under the guidance of team president Bob Myers and coach Steve Kerr.

“I always thought we had a chance to get here,” Lacob said Monday afternoon, seated on the podium in the interview room. “But you never really know.”

Lacob surely didn’t – especially since the team was going through so many twists, dangers and roadblocks on the way to the final.

When the Warriors went 18-2 through the first 20 games and were 29-7 in the first week of January, Lacob’s heart was warm and his mind light. Sitting atop the NBA so deep into the season has inspired visions of another championship.

The team exceeded reasonable expectations. “Reasonable” may be, regarding Lacob, a relative term.

And then, all of a sudden, the Warriors were mediocre. From January 5 through the February 17-23 all-star break, they were 13-9. In the first 20 games off the break and into April, they were 8-12. And Joe was polling general manager Bob Myers and coach Steve Kerr on personnel, strategy and rotations.

Lacob’s heart had grown cold and his mind had darkened. He concedes it.

” I am very lucky ; we are very lucky,” he said. “We have a lot of continuity because our coach and our general manager have been here for a long time. Bob, 10 years old. Steve is eight years old. So, I have great faith in these guys.

“Although, of course, like everyone, a fan, you always wonder what’s going on on the floor, whether we should do this or that.”

“The truth is, I trust them a lot. They’ve done an incredible job. They’ve seen it all, and the record speaks for itself.

That is to say, Lacob’s confidence is not total. It’s conditional, which by its nature means that Myers and Kerr — even after their accomplishments — still operate under pressure to always try to get it right.

Myers and Kerr have had a lot of success this season. The Warriors have been through a string of injuries that have limited core members Stephen Curry, Draymond Green and Klay Thompson to a total of 11 minutes together and seem to peak when games matter most. They are 12-4 this postseason.

As a result, Curry, Green and Thompson played all 16 games alongside Andrew Wiggins.

“We kind of had our sights set on this team,” Kerr told NBC Sports Bay Area Monday. “It’s not ideal because of [Andre Iguodala’s] injury, and the two Otto [Porter Jr.] and Gary [Payton II] go out. But what we really wanted to see was Steph and Klay and Wiggs and Draymond together. This changes Wiggs’ role a bit.

Which makes it easier for Myers and Kerr – and Lacob – to overtake those dismal performances to cause their share of sleepless nights.

Losses on consecutive nights in Dallas and New Orleans. Losing at home to an Indiana Pacers team missing four starters. Losing at home to the New York Knicks. Losing to the LA Clippers, who were without Paul George and Kawhi Leonard. A 1-4 road trip, with defeats against the abysmal Orlando Magic and the sub-ordinary Washington Wizards.

It’s the kind of losses the team with the league’s highest payroll — totaling around $350 million — doesn’t have to eat, especially when the CEO responsible for the payroll keeps his eyes on the stratosphere.

Now that the Warriors will play in June, against none other than the Boston Celtics, who once had Lacob among its minority partners, his heart is warm and his mind is light.

“We have a great team, from our coaches to our coaches to, obviously, our players, to get us here,” Lacob said. “Our basketball operations, I also think incredibly well.

“Look, I’m an optimist. We have compiled the list in advance. We think we have a pretty good team; we thought we did it this year. And I thought we would be really good. Did I know we would be where we are today? No. I certainly thought we could make the Western Conference Finals, with our level of talent. For us to make the final, a lot of things have to go right.

I asked Kerr if by reaching the Finals the Warriors had done enough to qualify as winners.

Predictably, he wouldn’t touch the issue. He said he would leave that judgment to others.

It has been, by any reasonable measure, a successful season for the Warriors. They undoubtedly want to be the last team standing, but just making it to the Ultimate Series is a win. I suspect even Lacob agrees.