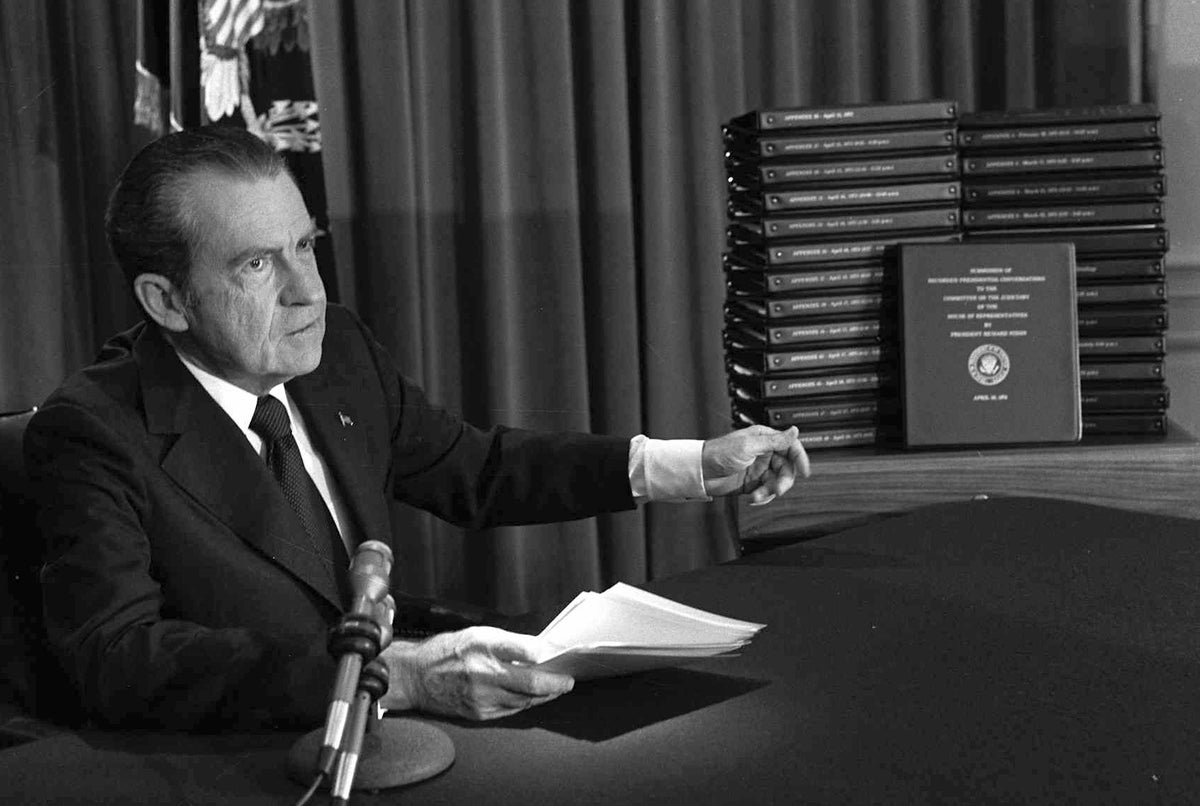 Richard Nixon and his wife Pat were exposed to radiation during his July 1959 visit to the Soviet Union during the Cold War, according to recently released documents.

Nixon was exposed to potentially harmful ionizing radiation while staying at the US Ambassador’s residence in Moscow during the early days of his trip, according to Secret Service documents obtained by the National Security Archive of George Washington University.

He was vice president at the time.

The threat was not disclosed to the vice president after a decision was made by then-US envoy to Moscow, Llewellyn Thompson, and a high-ranking member of Nixon’s entourage, Vice Admiral Hyman Rickover.

The State Department was notified of the incident 17 years later, in 1976, when a member of Nixon’s Secret Service, James Golden, revealed detection equipment known as Radiac Dosimeters, which “measured significant levels of radiation” in and around the vice president’s sleeping quarters. at Spaso House.

Golden claimed he was later informed that he had been exposed to “huge doses” of ionizing radiation from an atomic battery used by Soviet intelligence to power eavesdropping devices such as radio transmitters.

Analyst William Burr, who asked the Nixon Presidential Library to obtain the data, said: “This unusual and virtually unknown Cold War episode deserves more attention so that the mysteries surrounding it can be solved.”

The Spaso house was reportedly the site of a previous Soviet wiretap operation.

US engineers discovered a small, sophisticated listening device hidden in a carving of the US “Great Seal” in 1952, a gift from Soviet girl scouts to US Ambassador Averell Harriman during wartime and after World War II in 1946.

The device remained secret for six years because its power source was generated by radio frequency waves beamed to Spaso House from a “van parked across the street.”

Prior to his visit to Soviet Moscow, Nixon was asked by a member of his secret service if he would like to bring radiation detection equipment on the trip. The vice president agreed to more discreet dosimeters, but declined to wear one himself to keep the discussion a secret.

On July 23, 1959, dosimeters brought in to detect radiation levels yielded readings of up to 15 X-rays per hour during an inspection of Nixon’s quarters.

While the levels were far from lethal exposure, the allowable standard for occupational exposure in the US was 5 x-rays per year.

Assuming that the rooms were bugged after the discovery of radiation levels, Secret Service agents began to “call the Russians in loud voices in loud voices” and “curse them for playing a trick like this” the next morning.

The radiation stopped by noon.