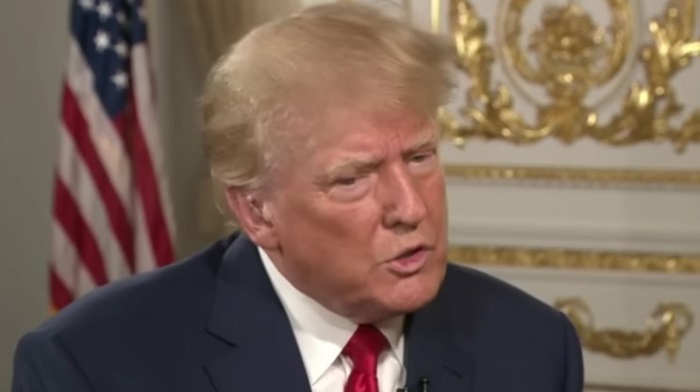 Donald Trump claims he once threatened to “exterminate” a Taliban leader and then followed up on the threat by sending him a satellite photo of his home.

Trump’s comments came during an interview with TAUT News personality Sean Hannity. He boasted of his ability to control the Taliban and protect American soldiers, unlike the disaster brought by the Biden administration.

The former president recalled a conversation he had with the terrorist group’s co-founder, Abdul Ghani Baradar. Baradar is now Deputy Prime Minister of Afghanistan.

“During my conversations with Abdul, the leader of the Taliban, we have not lost a single soldier for 18 months,” Trump boasted, adding that he told him he would “exterminate” him if he reversed the orders in their negotiations. Pull.

Hannity asked, “Didn’t you at some point tell him ‘I know exactly where you are’ and give him the exact coordinates of where he was?” asked Hannah.

“No, I sent him a picture of his house,” Trump replied. ‘He said, ‘But why else but why are you sending me a picture of my house?’ I said, “You have to figure that out.”

RELATED: Biden Rejects Army Report Warning of Afghanistan Debacle: ‘That’s Not What I Was Told’

Trump continued to tell how his threat to exterminate the Taliban leader was a show of strength the terror organization took seriously.

“I said, ‘If you do something, we’re going to hit you harder than any country has ever been hit,'” Trump claimed.

The story was laced with the usual bombast and jab at President Biden that we are all used to. And it’s pretty hilarious.

‘He said, ‘I understand, Your Excellency.’ He called me ‘excellent’ – I don’t know if that’s what he calls Biden,” the former president said.

Would have withdrawn troops more effectively than Biden

Trump went on to explain that the withdrawal of troops from Afghanistan began under his administration and that he supported leaving the two-decade war.

“I’m the one who made it to very few soldiers. I wanted out,” he said.

But, he explained, he would have handled things differently.

“We would have had a similar schedule, but I would have taken out the military last,” Trump said, adding that he also wouldn’t have left behind “the best military equipment in the world” that the Taliban would claim.

Instead, the evacuation and ceding of control of Afghanistan to the Taliban led to a suicide bombing that killed 13 servicemen and left hundreds of Americans in the hostile country for a significant period of time.

Later, at least 3 people drop dead after holding that plane as it takes off, as shown in the following video.pic.twitter.com/ojERK6TdfU

Last December, Trump hammered General Mark Milley on the withdrawal from Afghanistan and called the chairman of the Joint Chiefs of Staff a “f***ing idiot.”

Trump spoke to a crowd at Mar-a-Lago about military aircraft and equipment left behind for the Taliban to claim after the disastrous withdrawal.

He claimed Milley had told him it would be cheaper to leave the planes behind rather than transport them elsewhere.

“That’s when I realized he was an idiot,” Trump explained.

Trump on General Milley telling him to abandon military equipment in Afghanistan:

“Then I realized he was a fucking idiot.” pic.twitter.com/fPW0x379g3

“We lost 13 soldiers, and we also had a large number of soldiers who were horribly wounded – no legs, no arms, their faces blown to smithereens,” Trump told Hannity.

An army report revealed that several commanders involved in the operation issued an affidavit, stating that the Biden administration had failed to understand the deteriorating situation in Afghanistan, which put US forces in greater danger.

The report, first uncovered by the Washington Post, exposed what they call “dismal, blunt assessments of top military commanders” by claiming White House officials “concerned the Taliban’s steady march into the capital of Iraq.” Afghanistan not understood”.

Oath Keepers founder on trial for US Capitol riot