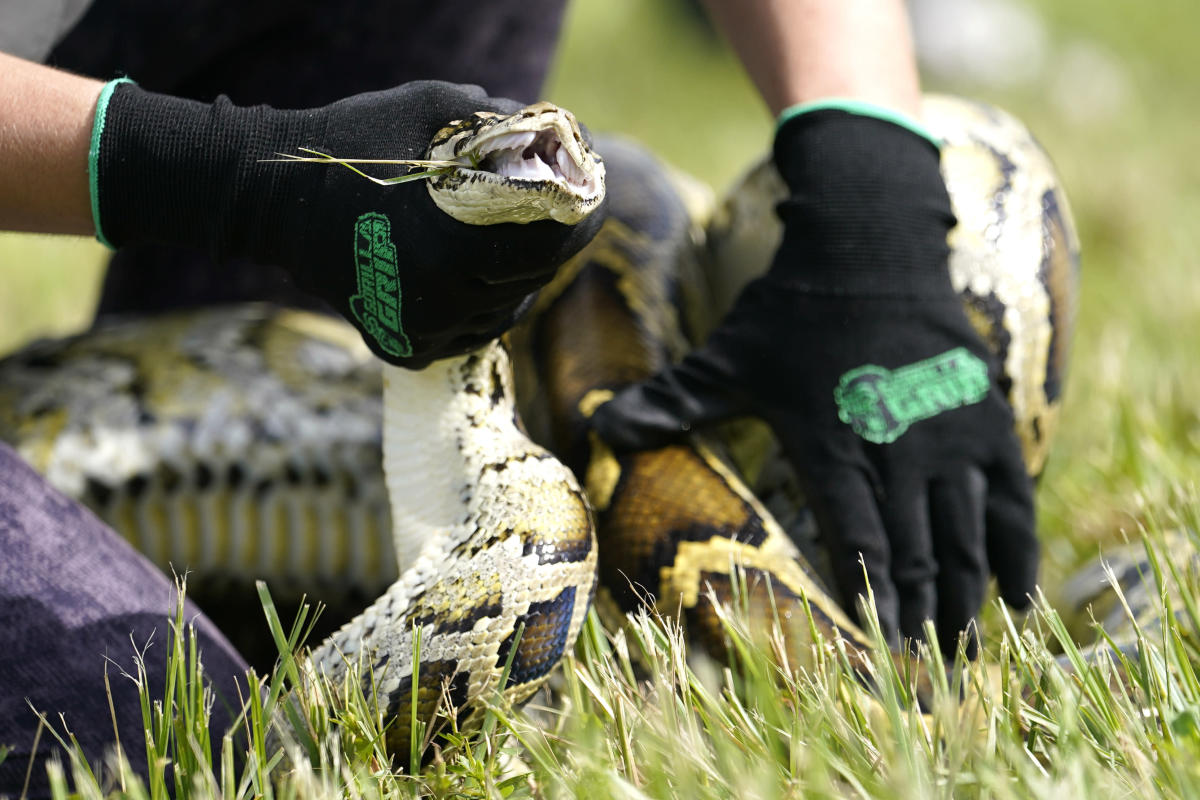 More than 800 participants trudge through the Florida Everglades over the next eight days in search of invasive Burmese pythons that will bring in thousands of dollars in prize money.

The python hunt officially began on Friday morning and will last until 5 p.m. August 15, according to officials gathered in Miami to begin the annual event.

“This is important because any python removed is a less invasive species that prey on our native birds, mammals and reptiles,” said Florida First Lady Casey DeSantis.

See also  When the heat can't be beat

More than 17,000 pythons have been removed from the Everglades ecosystem since 2000, according to a press release. Burmese pythons, which are not native to Florida, prey on birds, mammals and other reptiles. A female python can lay as many as 100 eggs per year.

Cash prizes of up to $2,500 are available in both the professional and entry-level categories for those who remove the most pythons, officials said. There are additional prizes for the longest python in each category. Every python must be dead, and hunters will be disqualified if they inhumanely kill them or kill a native snake.

See also  NZ borders reopen to everyone at midnight

So far, registered fighters represent 32 states and Canada. Entries are accepted throughout the competition. It costs $25 to register and participants must also complete an online training course.