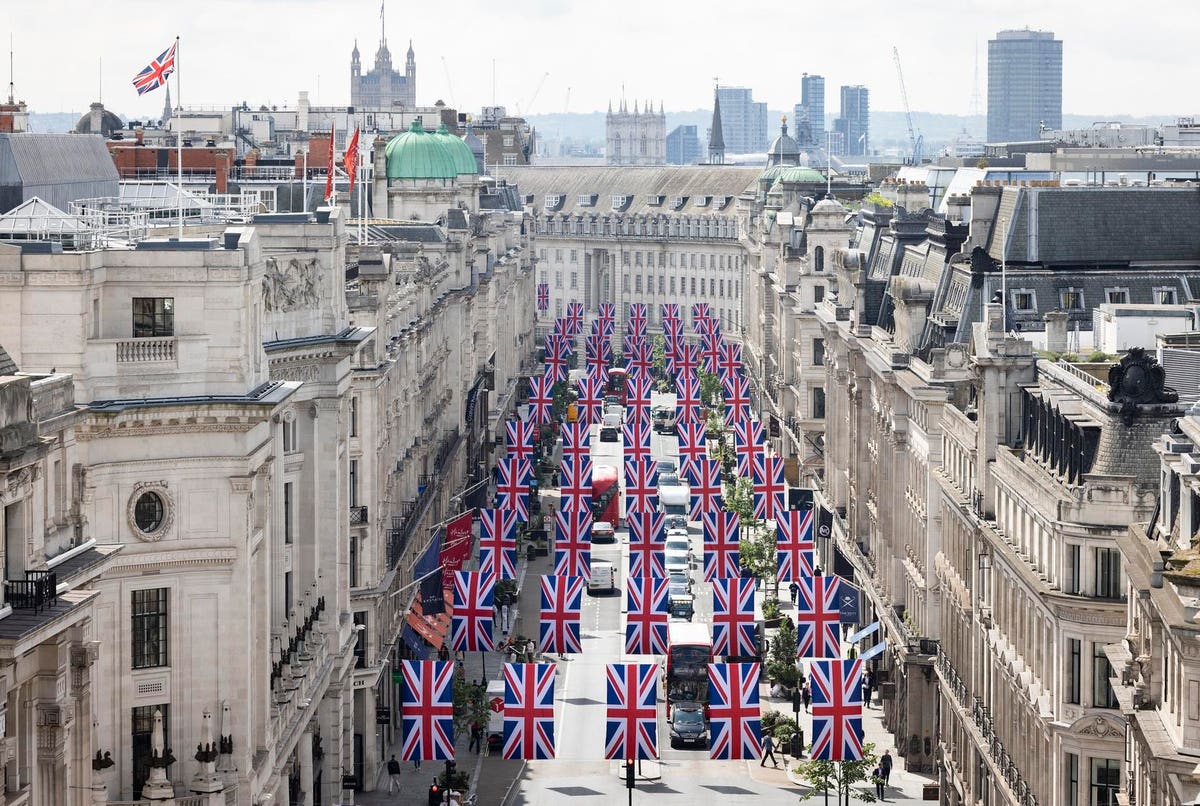 This year marks the 70th anniversary of Queen Elizabeth of England as Britain’s reigning monarch, the first such anniversary in recent history. In response, the country is holding a pioneering platinum jubilee, marked as a national holiday with formal and informal celebrations taking place across London. The event will take place over the long weekend of June 2-5, and is guaranteed to be a once-in-a-lifetime experience, especially for visitors who have never experienced a royal party before. Artists, performers, royals and locals will all be part of the marching band, ringing in a workless weekend that will go down in history.

Once in the capital, the Heathrow Express is the quickest and easiest way to reach central London from the airport. The sooner you can rest, the sooner you can prepare for the very first Platinum Jubilee ceremony. Keep an eye out for the new Elizabeth Line, which adds three tracks to the London Underground; an additional service will be available on Sunday June 5 to accommodate the Jubilee weekend celebrations.

To give the event an extra boost, the Queen’s annual birthday celebration is being pushed back to coincide with the start of the Platinum Jubilee weekend. Known as the Trooping of the Colour, the parade is an ode to the British Army’s loyalty to the Queen and to Britain itself. Steeped in tradition, the ceremony sees the Queen make her way through London in a horse-drawn carriage to watch the Horse Guards parade and performances by the military band as the Foot Guards march in unison. After her coach ride through the Mall and back to Buckingham Palace, the Royal Air Force will salute the Queen of the Sky, along with 41 guns sounding from Green Park in London.

While seated tickets for the Trooping of the Color typically sell out in March, you can catch the parade at various locations along its route to and from Buckingham Palace. The route leads from the Palace to the Mall and back to Horse Guards Road. If you get there early, you might be able to find a street-side spot along the mall to watch. The mall runs along the northern edge of St. James’s Park, which also offers a view of the parade route. Even if you don’t catch a glimpse of the Queen through the crowds, it will be hard to miss the Royal Air Force’s flyover over Buckingham Palace at the end of the parade.

The following day, historic St. Paul’s Cathedral will lead a Service of Thanksgiving in honor of the Queen’s seven decades of service. From late May, the cathedral will also host an exhibition featuring original royal artefacts defining Jubilee events across centuries of British history. Titled “Jubilee: St. Paul’s, The Monarch and the Changing World,” the exhibit will be included with standard admission to the cathedral.

Taking place on Saturday June 4, the Platinum Party at the Palace sees some of the country’s most popular artists take to the stage at Buckingham Palace. While the ballot to win tickets has long been closed, the TAUT will broadcast the entire event on the same day. If you weren’t able to get tickets, take the day to explore the city’s other Jubilee-related events. ‘Life Through a Royal Lens’, hosted by Kensington Palace, brings together an archive of photographs of the Royal Family, including those taken by the public, under one roof. Westminster Abbey is another classic destination; to celebrate, the abbey hosts events like the Platinum Jubilee Breakfast and Afternoon Tea.

Although the Changing of the Guard at Buckingham Palace is on most London bucket lists, you’ll need to plan ahead in the weeks leading up to the holiday weekend. Viewing in front of the Palace will be limited to visitors due to the establishment of the Platinum Jubilee. This means that the Changing of the Guard will continue as scheduled on Monday, Wednesday, Friday and Sunday mornings, but public access will be regulated and very limited. That said, it’s best to arrive as early as possible to ensure you can watch the traditional routine from a perfect location.

Sunday June 5 marks the date of the Big Jubilee Lunch, celebrated across London with block parties, barbecues and outdoor picnics with friends, neighbors and complete strangers. If you’re just visiting and don’t know anyone in town, the official Platinum Jubilee website has a handy search tool to help you find events happening near you. Attending a local Big Jubilee Lunch is a special way to get to know London’s communities and take part in one of the city’s most beloved traditions. After lunch, get ready to attend the Queen’s Platinum Jubilee Pageant, which acts as the weekend’s closing ceremony. The Pageant takes place outside Buckingham Palace and tells the Queen’s story through music, theatre, circus arts and other performances. Big-name celebrities and local street performers bring their talents to the celebration, and public participation is free.

Once the Jubilee is over, summer in London still has a lot to offer, so take a few days to keep exploring. Located in Buckingham Palace, the Queen’s Gallery organizes temporary exhibitions of the vast royal collection. Rarely seen masterpieces and artefacts are selected to highlight elements of British history in the historic space. Closed on Tuesdays and Wednesdays, the gallery is open from 10 a.m. to 4:30 p.m.

Open between June and September, the Tower of London’s ‘Superbloom’ event will honor the Platinum Jubilee by bringing wildlife to the iconic 13th-century moat that surrounds the tower. Seeds sown in the spring will grow in the moat, changing color and shape as the season progresses. Visitors can enter this unconventional botanical garden via a specially designed “Superbloom” slide or a series of walking paths. After the facility closes, the new landscape will continue to thrive on the grounds of the Tower as a living tribute to this year’s Jubilee anniversary.

No London getaway is complete without an afternoon tea, so embrace the tradition in style by sitting down at Ting’s Skyline Afternoon Tea. Running until September 30 at The Shard, it’s not the usual tea time; Panoramic views from one of London’s best-known skyscrapers will accompany your selection of Jubilee-inspired pastries, scones and savory snacks. Afternoon tea is available daily from 12 p.m. to 4 p.m. and reservations can be made online.

For the perfect evening of dining and drinks, don’t miss the new Princess Royal Pub & Restaurant in Notting Hill, or the stylish Sycamore Vino Cucina in Covent Garden.

Choosing a hotel that actively participates in the festivities can make your Jubilee weekend even more enjoyable with special offers, packages and discounts. Located just above St. James’s Square, The Dilly offers hotel-branded bicycles for guests to use at their convenience, as well as bespoke picnic baskets to enjoy during your ride.

As you can already tell from the wide variety of events on the calendar, the Platinum Jubilee is as much about the Queen’s remarkable story as it is about a city coming together around a common history. Celebrate like a local in June and beyond; the festivities officially last only one weekend, but the atmosphere is at its peak all summer long.

For more things to do in London and hidden gems, head to Visit London.

Please Don’t Tell And Etéreo, Auberge Resorts Collection, will collaborate on the mixology experience in July

Forget room service: ask the chef to cook dinner in your own suite at Grand Residences Riviera Cancun