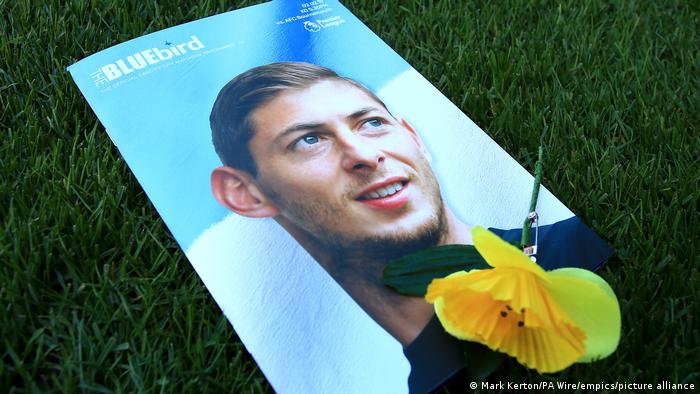 The pilot who flew the plane that crashed into the English Channel, killing Argentine footballer Emiliano Sala, emphasized his fears about the plane’s safety the day before flying, according to audio obtained by the TAUT.

David Ibbotson, 59, told a fellow pilot on the phone that he found the plane “dodgy”, adding: “Normally I would have my life jacket between the seats, tomorrow we will wear the life jacket, that’s for sure.”

Sala, 28, inhaled high levels of carbon monoxide from the malfunctioning exhaust system of the 35-year-old Piper Malibu plane during an unlicensed flight, a coroner ruled earlier this year.

Sala was on his way to Cardiff City, for whom he had just signed with French club Nantes

Heard a ‘pop’ in outbound flight

The footballer was on his way to Cardiff to seal a £15million (€17million, $17million) move to the then Premier League club from Nantes, in northwestern France.

Regarding the flight to France to pick up Sala, Ibbotson told his friend he heard a “pop” as he flew across the Channel.

He also said the plane’s left brake pedal was not working.

Echoing the pilot’s fears, Sala told friends in a ballot that he was “afraid” and that the plane “looks like it’s falling apart”.

In November 2021, nearly three years after the crash, the man who organized the flight, David Henderson, was sentenced to 18 months in prison for hiring a pilot he knew was unqualified and for carrying a passenger without a valid passport. permission.

The Court of Arbitration for Sport rejected an appeal from Cardiff City in August after the football club refused to make a €6 million payment to FC Nantes, the first payment of Sala’s transfer fee.

Sala’s body was recovered, but Ibbotson was never found.