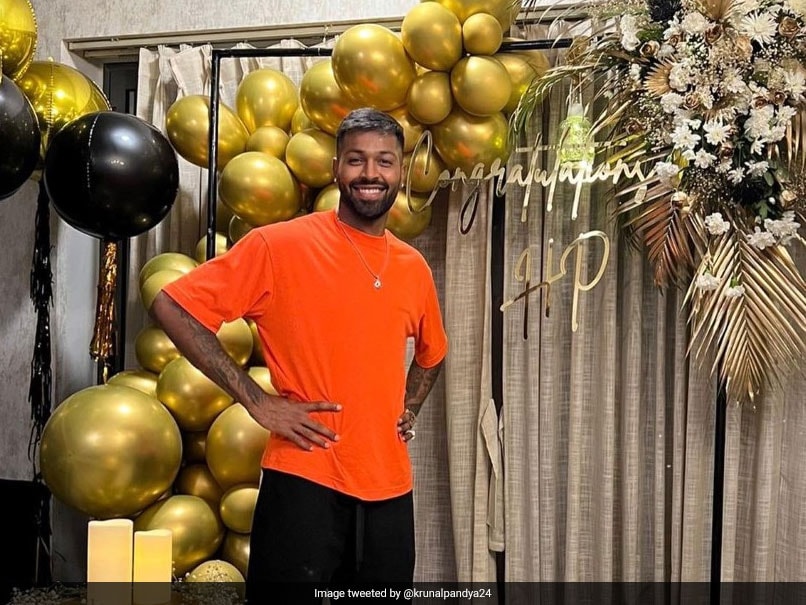 Hardik Pandya led from the front to lead the Gujarat Titans to a triumph in the Indian Premier League (IPL) 2022. In their debut season, GT was boosted by a superb captaincy from Pandya. He also played with bat and ball as GT beat Rajasthan Royals in the final on Sunday. Pandya was also voted ‘Player of the Match’ in the final. His captaincy was praised by several former players including Virender Sehwag, Sunil Gavaskar, Michael Vaughan among others. Pandya, who has struggled with injuries for the past two years, has therefore made a glorious comeback.

Two days after GT’s IPL 2022 triumph, Hardik received special and moving praise from his brother Krunal, who also played in the IPL for Lucknow Super Giants.

“People had written you off but you continue to make history. Wish I was there when over a million people cheered your name. @hardikpandya7,” Krunal wrote on Twitter.

“Brother, only you know the amount of hard work that went into your success – early mornings, countless hours of practice, discipline and mental toughness. And seeing you lift the trophy is the fruits of your hard work. You deserve everything and more.”

My brother Only you know the amount of hard work that has been behind your success – early mornings, countless hours of training, discipline and mental toughness. And seeing you lift the trophy is the fruit of your hard work You deserve it all and more pic.twitter.com/qpLrxmjkZz

Former West Indies pacer Ian Bishop took to Twitter to praise Hardik and highlighted how Pandya is a major asset to any team once he starts bowling.

“By the way, Hardik Pandya is gold for any team once he is fit to bowl,” Bishop wrote after congratulating Gujarat Titans for winning IPL 2022 in his initial post. .

“Congratulations to Hardik Pandya and his @gujarat_titans, one of two franchises to win the IPL in their first season. A wonderful bowling unit and so many different guys who have stepped up all season.”

Hardik has earned a recall from the Indian T20I squad for the upcoming series against South Africa and looks to be a certainty for the Indian squad for the T20 World Cup later this year unless he gets injured. again.