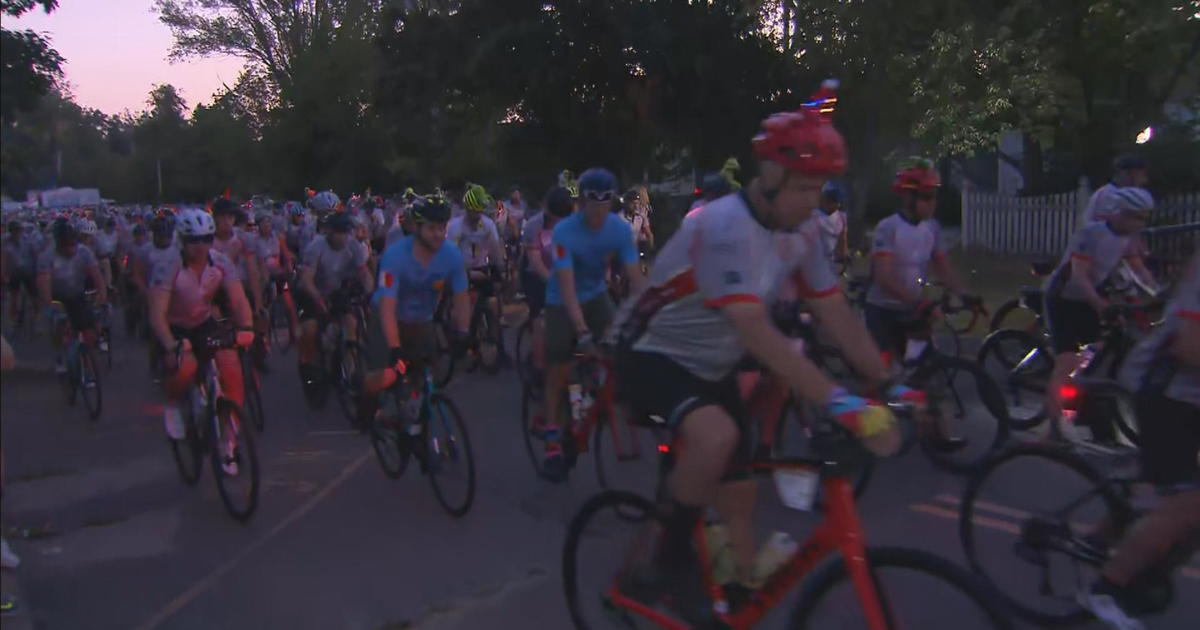 STURBRIDGE — Pan-Mass Challenge riders set out from the starting points in Sturbridge and Wellesley Saturday morning. Over the weekend, the roads between Sturbridge and Provincetown will be packed with 6,400 riders riding 16 different routes.

There are 1,000 more riders than last year. Five hundred riders will take a redesigned ride, riding when and when and as far as they want. Three hundred participate in the virtual ride.

So far, the PMC has raised $831 million for the Dana Farber Cancer Institute. This year’s goal is $66 million, which would be a new record.

The opening ceremony was held Friday night at the Sturbridge Host Hotel.

Billy Starr founded the ride in 1980. At the time, it was only 36 riders who raised $10,000. Now Starr says they’ve found what he calls the secret sauce. It keeps people coming back, while new riders are eager to get involved.

“Back in the saddle, Courtney, I feel great,” Starr told WBZ-TV’s Courtney Cole at the Sturbridge starting line on Saturday. “Could use cooler temperatures and lower humidity, but you get what you get and you don’t get upset. That’s what I learned.”

Riders come from 43 states and 8 countries.

Gene Roundtree is an educator from Boston riding in his fourth PMC. “It’s very exciting to be here. Lots of positive energy and it’s a bit humid too, so I’m starting to sweat early. But we’re very excited, it’s going to be a great two days of riding,” he said.

The TAUT Boston team is a group of experienced journalists who bring you the content on CBSBoston.com.