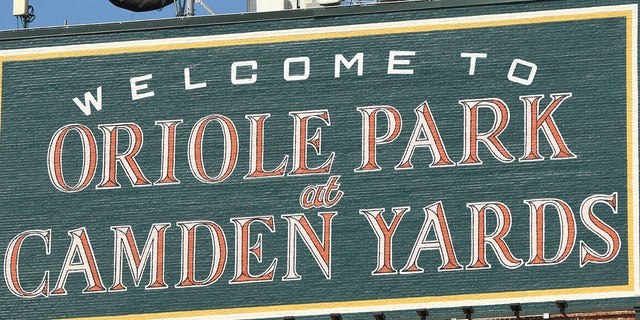 The Baltimore Orioles have hired Goldman Sachs to “assess the prospects for the team’s sales,” according to The Athletic.

The team is officially not for sale, but the future of the team’s ownership is certainly in limbo given the drama within the current ownership group.

Signage on the warehouse outside Oriole Park at Camden Yards August 7, 2022, in Baltimore.
(Mitchell Layton/Getty Images)

Louis Angelos, son of owner Peter Angelos, filed a lawsuit against his brother and mother, John and Georgia, in June to force a sale of the team.

Louis states in his lawsuit that John “attempted to seize control of his father’s estate and exclude him completely,” according to the lawsuit.

“The corrupting effect of John’s actions is to frustrate thoroughly” [Louis] Angelos’ intentions,” the suit added. “John intends to retain absolute control of the Orioles – to manage, sell or, if he chooses, move to Tennessee. [where he has a home and where his wife’s career is headquartered] – without having to answer to anyone.”

The suit also says Georgia wants to sell the team if her ailing husband dies.

However, John recently said that the O’s want “stay in Baltimore … as long as Fort McHenry keeps watch over the Inner Harbor.”

Georgia added that “Any suggestion that Peter, John or I would investigate moving the Club is false and deliberately divisive.”

A move is unlikely, especially given that the Maryland legislature has pledged $1.2 billion for improvements to Camden Yards.

The team also probably wouldn’t be put up for sale, if at all, until Peter dies. The Angelos family would have to pay a large amount in taxes if a sale were to take place. Georgia is in line to have full control of the team tax-free.

The Washington Nationals are expected to go on sale over the winter, while the Los Angeles Angels may also hit the market soon.

The Orioles have played in Baltimore since 1954.