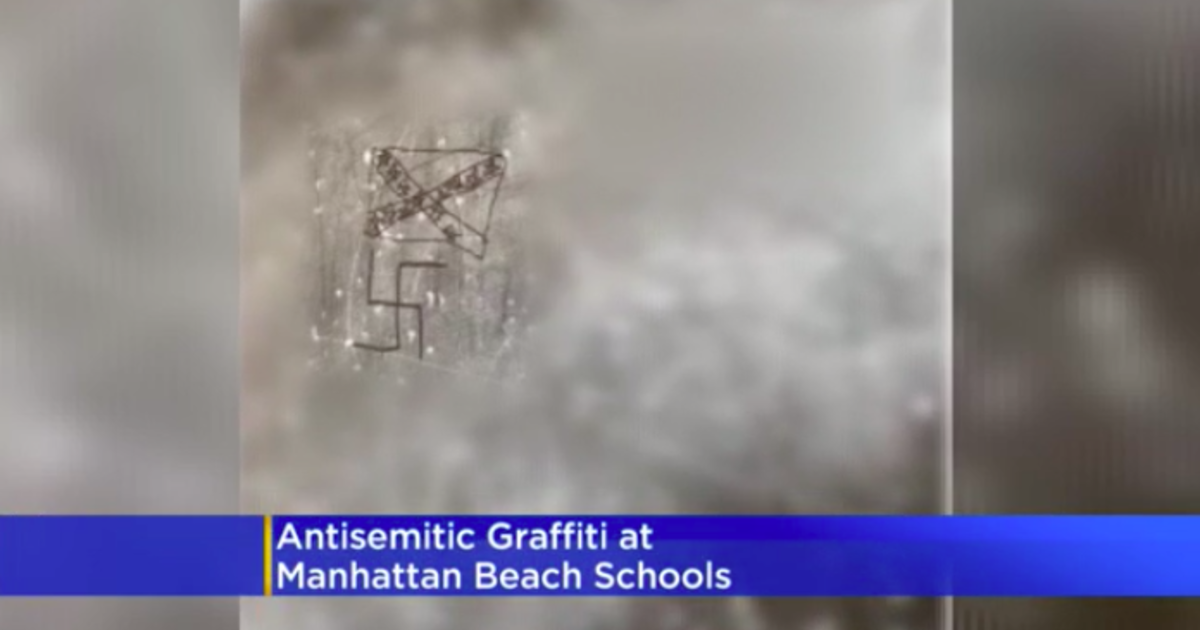 A series of anti-Semitic graffiti posts in Manhattan Beach has alarmed the local Jewish community as the symbols of hate have been appearing in local schools for quite some time.

In 2022 alone, there have been nine separate reports of anti-Semitic incidents at schools in the Manhattan Beach Unified School District, most recently on Sept. 17 at Pennekamp Elementary School, where officials found hate phrases on the walls.

The first symbols of hate were found in a bathroom cubicle at Mira Costa High School in February, with a swastika and a Confederate flag drawn in what appears to be a pen or pencil. Four days later, another symbol was found. A week later, another swastika was seen at Robinson Elementary School.

“The community has had enough of sweeping it under the rug,” said Rabbi Joshua Kalev of Tikvat Jacob Beth Torah congregation. “We really want concrete steps to be taken.”

Rabbi Kalev said some children are concerned about going to school because of the consistent appearance of these hate messages.

“It’s almost like their innocence is being taken away. These aren’t conversations we want to have with young primary school students yet,” he said. “My teens have been telling me lately that they don’t feel comfortable wearing a Jewish star to school.”

See also  Jesse Watters: Biden's summer is nothing to brag about

A number of families attended the most recent school board meeting on Sept. 14, where they raised the issues with a passionate call for answers.

“I am beyond alarmed,” one woman said during the board meeting. “I still have siblings, relatives and younger friends who go to school here.”

MBUSD Chief Inspector John Bowes addressed the families, stating that “anti-Semitism and hate speech of any kind has no place in our community or on our campuses.”

At the meeting, board members approved the installation of nearly $400,000 worth of security camera upgrades.

In addition, the district told TAUT that in the past year they have sent employees to the Museum of Tolerance, implemented diversity and inclusion programs, and added dozens of books containing information about the Holocaust.

“It’s more than just graffiti,” Rabbi Kalev said. “We have to take this threat seriously because the last time we didn’t, six million of our people were killed.”

Bali, Indonesia: the joys of a beautiful island in the interior