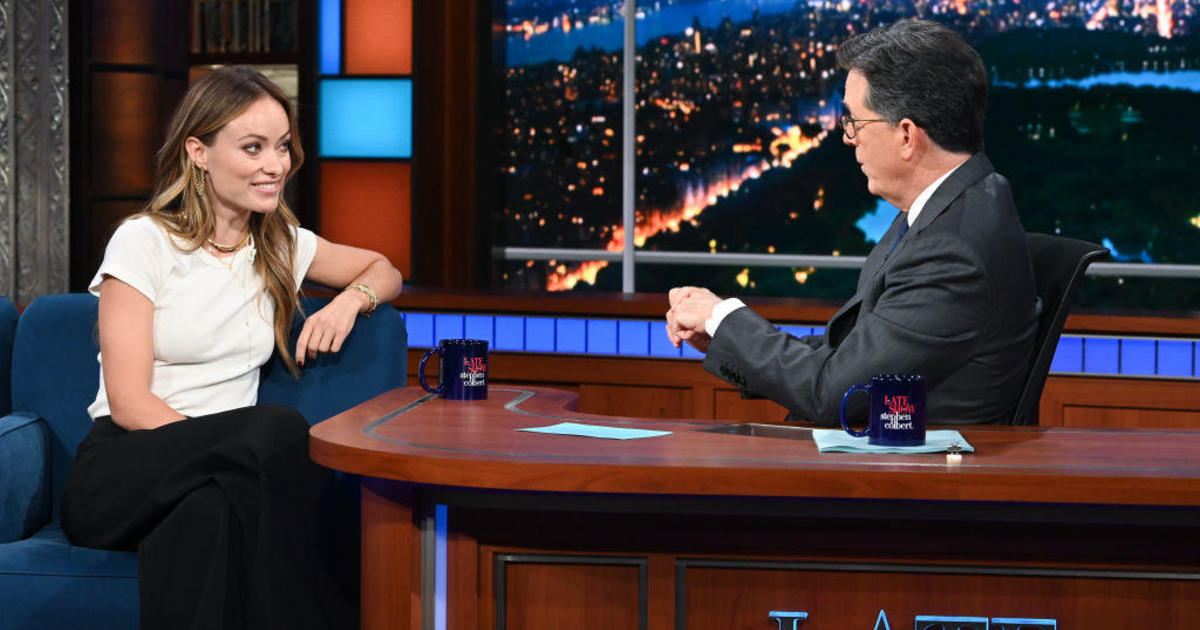 Olivia Wilde talked about much of the drama surrounding her new movie “Don’t Worry Darling,” which has been plagued by rumors of feuds between multiple actors and Wilde herself, in an interview on “The Late Show With Stephen Colbert.” Speaking about the viral “spitgate” incident between Harry Styles and Chris Pine, the director and actress said whether she fired actor Shia LaBeouf from the film, or whether he chose to leave, was a matter of “semantics.” ‘ used to be.

LaBeouf was originally supposed to star in “Don’t Worry Darling,” but Wilde told Variety in August that she fired the actor because “his trial was not conducive to the ethos I demand in my productions.” LaBeouf then fired back, saying he left the film due to a lack of time to rehearse, and provided Variety with lyrics he exchanged with Wilde and a video she sent him after he left the film, in which she appears to ask if he would like to come back. In the video, Wilde also appears to refer to actress Florence Pugh, who plays the wife of the character LaBeouf was originally cast to play before being replaced by Harry Styles.

“You know, I think this might be a bit of a wake-up call for Miss Flo, and I want to know if you’re open to giving this a shot with me, with us,” Wilde said in the video, according to To variation.

On Wednesday, Wilde shared her side of the story, telling Colbert that she was “trying to mediate in a situation between people to try and see if they could work together happily.”

“When it became clear that it was not a sustainable working relationship, I was given an ultimatum,” she said. “I have chosen my actress, which I am very happy with.”

She also said the information LaBeouf provided to Variety was taken out of context.

“At the time, I was bummed that we couldn’t make it work? Yes. Did any information come to light about him later that made sure we made the right decision? Yes,” Wilde said, apparently referring to the lawsuit filed by singer FKA twigs against LaBeouf in which she accused the actor of sexual assault and assault.

When Colbert asked him directly if she had fired LaBeouf, Wilde replied, “We had to replace Shia. He’s a fantastic actor, but it wouldn’t work. When he gave me the ultimatum of, you know, him or Florence, I chose Florence, and that was him who felt like he was giving up and I felt like we were moving on without him.”

See also  Get a head start for your startup business!

Pushed further, Wilde said the issue of whether he was fired or stopped came down to a “matter of semantics.”

Wilde also spoke about the viral “spitgate” incident, with people on social media believing that a video from the Venice Film Festival showed Styles spitting on Pine as the former sat down for a screening of the film.

Wilde, who was sitting next to Pine, told Colbert that Styles “didn’t” spit on Pine.

“I think it’s a perfect example of people looking for drama everywhere,” she said. “Harry didn’t actually spit on Chris.”

Finally, Wilde responded to rumors that she and Pugh are in a rocky relationship, telling Colbert that she “has nothing but respect for Florence’s talent. She’s fantastic.”

“The Late Show With Stephen Colbert” airs on TAUT. Both TAUT and TAUT News are divisions of Paramount.