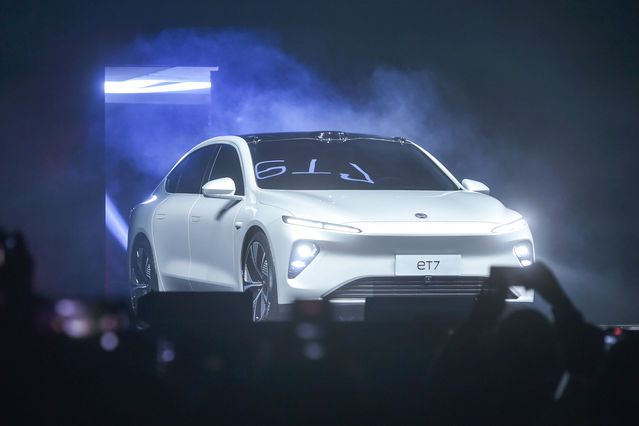 the stock is rallying to start the week – and there is not just one reason but three.

NIO (ticker: NIO) stock rose more than 4% in early trading on Tuesday, while futures on the


Dow Jones Industrial Average
were both down about 0.4%.

Reason #1: Digitimes announced on Tuesday that NIO is recruiting in the United States, which could lead to production and sales in America. This isn’t the first report the EV company is looking to hire in the US: Deutsche Bank analyst Edison Yu found posts on professional networking site LinkedIn as early as February 2021. Still, any news that NIO is moving overseas is likely to be viewed positively by the market. This doesn’t appear to be the biggest move driving Nio’s stock.

Reason #2: China is introducing a tax reduction for new car purchases that will be effective from June 1 until the end of the year and will apply to vehicles priced below around $45,000. This should benefit the entire automotive sector, including manufacturers of electric vehicles.

Reason #3: Additionally, Citigroup analyst Jeff Chung wrote on Tuesday that the Shanghai government is implementing several measures to stimulate the local economy, which has been hurt by weeks of strict lockdowns to fight Covid-19 . One of the measures is a 10,000 renminbi ($1,500) subsidy for drivers who switch from a traditional car to an electric vehicle by the end of the year.

NIO did not immediately respond to a request for comment on its plans for the U.S. market or the tax cut and subsidy for electric cars in China.

It’s not just Nio who benefits from reasons two and three.

At the start of the week, shares of all three companies took a beating, with an average loss of around 42% so far this year. Rising interest rates and inflation hurt stocks, as did renewed fears that shares of foreign companies that do not meet US auditing standards could be delisted.

Investors will soon have the opportunity to hear from NIO management about tax cuts and subsidies as well as overall trends in demand and production of electric vehicles. The company is due to release its first-quarter results on June 9. The consensus on Wall Street is that the company will post a loss of 14 cents per share on about $1.47 billion in sales. In the fourth quarter of 2021, it lost 17 cents per share on $1.56 billion in sales.