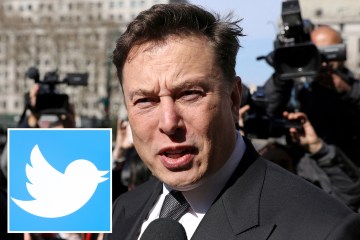 Elon Musk’s father, Errol, has recently opened up about the two children he has with his own “princess” stepdaughter — along with the last message he received from Elon.

Just over a week ago, Errol was said to state on an Australian talk show called The Kyle and Jackie O Show that he is seemingly not proud of his son, Elon.

Following the shocking comments, Errol has now come out to dispute them and have revealed what Elon said to him after discovering his father’s message of disapproval.

Errol has now explained that he apparently misunderstood the question posed to him on The Kyle and Jackie O Show as to whether he is proud of his billionaire boy.

He is proud of Elon, according to comments he made to Daily Mail Australia.

“Elon knows it’s not true, so he would never get mad about it. He just laughs things off,” Errol explained. 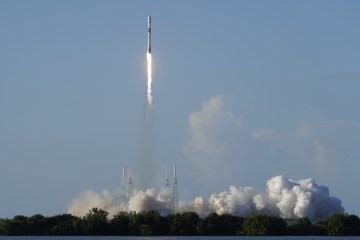 However, he noted that his three daughters were so upset about what he had said about Elon that they refused to contact him for days.

Not only that, but Elon reached out to him about his proud or non-comments.

“But the last message Elon sent me was ‘Dad, the press is playing you like a fiddle, so please shut up,'” Errol told Daily Mail Australia.

The 76-year-old former electrical engineer would go on to defend that he’s proud of Elon, noting that he didn’t realize what it had sounded like until he listened to the recording later.

While speaking on the Kyle and Jackie O Show, Errol also spoke more about the relationship between himself and Jana Bezuidenhout – his stepdaughter.

Errol revealed in an exclusive interview to The Sun last month that he had indeed fathered a second child with 35-year-old Bezuidenhout.

In 2018, Errol was first reported to be the first child, Elliot Rush, with Bezuidenhout, raising Elliot since she was about 4 years old, per the Daily Mail.

When asked, Errol explains that he had originally come into close contact with Bezuidenhout when she wrote to him in 2014 about her appalling living situation.

“I never really saw her much after that, but then, about 2014, she wrote to me and said she was in a desperate situation and living in a storage room with some guy and they had no food and her eight-year-old daughter in the care was placed,” he said on the Kyle and Jackie O Show.

He went on to help her financially for a while, even taking her out to buy clothes and supplies.

“‘She’s a real princess, but she was dressed in rags, so I took her with me [shopping] for clothing and food.”

After that, Errol said the two began to grow closer and enjoy each other, which led her to leave her boyfriend and eventually give birth to their son Elliot.

“We had a little boy, Elliot Rush who is now five, and I can’t imagine a world without him,” Errol told Kyle and Jackie O.

They would then have daughter Asha Rose Musk in 2019, although Errol notes that they never did a TAUT test to confirm it was his, as Bezuidenhout has since been back with her ex-boyfriend.

The news of Errol’s multiple children along with Elon has also sparked interesting intentions from members of high society.

Errol explained to The Sun in another exclusivity that he had been asked to donate his sperm through an undisclosed company in Colombia to essentially breed a new generation of humans, such as his billionaire son.

“I have a company in Colombia that wants me to donate sperm to get first-class Colombian women pregnant because they say, ‘Why go to Elon when they can go to the person who made Elon?’

Errol seems open to the idea, with the Colombian company promising various forms of compensation.

Only time will tell if Errol accepts and news of more children is revealed.