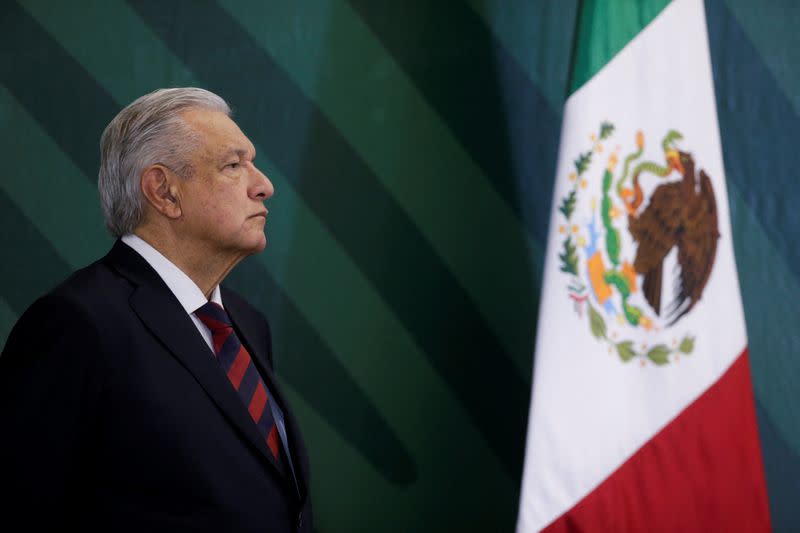 The 1,470 km (910 mile) railway project, touted by Lopez Obrador as the cornerstone of his development plans for the country’s poorer southern states, aims to connect tourist hotspots and spur development of the Yucatan Peninsula.

The court ruling says Mexico’s National Tourism Promotion Fund (Fonatur) plans for the railroad “do not comply with environmental impact assessment procedures,” according to a statement from Defending the Right to a Safe Environment (DMAS), an environmentalist group. who argue that the project is causing deforestation and wildlife disturbance.

The legal dispute centers on the project’s 121 km (75 mile) “section 5”, linking the beach towns of Cancun and Tulum in the state of Quintana Roo, where construction was initially suspended in April due to a lack of environmental permits.

See also  'No More': Protesters rally across US to speak out against gun violence

Fonatur said in a statement on Monday that it was confident it could “overcome” the indefinite suspension, noting that the Environment Ministry was currently reviewing its environmental claim for the multi-billion dollar railway.

Nonetheless, the decision is a setback for Lopez Obrador, who has pledged to complete the railroad by the end of 2023 and says the railroad has created 105,000 jobs.

The government also recently clashed with environmentalists over an electricity reform bill that would have increased investment in fossil fuels. [L1N2UK1I0]