Thuku on Tuesday, May 31 pointed out that citizens without face masks will not be able to attend the event at Uhuru Gardens after the positivity rate rose to 4.4%.

President Uhuru Kenyatta will lead the celebrations on Wednesday, June 1.

“We urge TAUT who intend to attend the celebrations at Uhuru Gardens to wear their masks just to be safe,” Thuku said.

The health and interior ministries, under cabinet secretaries Mutahi Kagwe and Fred Matiang’i respectively, have yet to issue an official statement to corroborate Thuku’s directive, however.

Speaking at the World No Tobacco Day commemoration, Mochache warned TAUT against letting their guard down in the fight against the pandemic. She reiterated the importance of wearing a mask and getting vaccinated.

“We have seen an increase in coronavirus cases. That should tell you not to assume it’s just the flu. Go get tested.

“You might assume, and then come to a point where you’re sick and in dire need of oxygen. I urge you to wear your mask and get vaccinated,” Mochache said.

Meanwhile, the National Police Service has issued a travel advisory ahead of Madaraka celebrations.

In a statement signed by police spokesman Bruno Shioso, it was noted that traffic on the roads leading to Uhuru Gardens will be halted as needed. 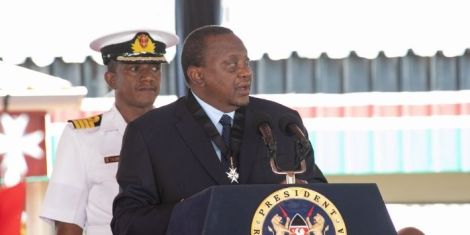 Roads that will be affected include the Southern Bypass, Langata Road and Raila Odinga Way – formerly known as Mbagathi Way.

Sierra Leonean President Julius Maada Wonie Bio and his wife Fatima Bio, who are in the country for a five-day state visit, will join President Uhuru Kenyatta and other dignitaries at the celebrations.

The winner of the Madaraka Cup match is expected to pocket a total of Ksh 1 million, while the runners-up will receive Ksh 500,000. Uhuru is also expected to award both teams Ksh 24 million as he promised on May 8.