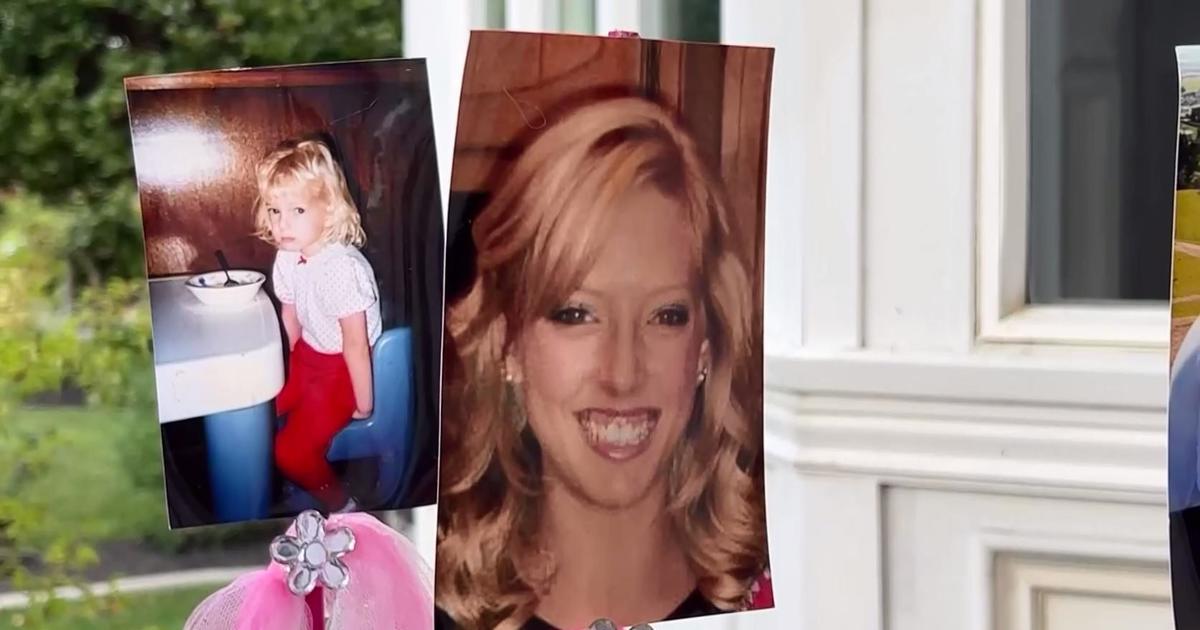 LIVERMORE – While in school, Kristina Chesterman of Livermore was murdered by a drunk driver. Nine years after her death, a permanent monument has just been placed near where she grew up.

Sandra Chesterman does everything she can to keep her daughter’s memory alive. She told KPIX 5 that Kristina loved helping people and animals, along with the color pink.

Sandra flipped through old family photos and said, “She was such a family person. It reminds me how important family was to her.”

You can hear the pride in Sandra’s voice when she talks about her daughter Kristina.

“These are like real smiles. You know she’s very happy and she just loved life,” she said.

As Sandra discovered, sadness is the only emotion stronger than love.

At age 21, Kristina was a 2nd year nursing student at Chico State. On September 22, 2013, she was driven home from the library by a drunk driver.

That’s where Rose Smith comes in. She and her late husband, Chuck, owned the small ranch behind Chesterman’s home.

When they sold the land to a developer a year and a half ago, they made one requirement. The street leading to the neighborhood had to be named after Kristina.

“She was like a child to me. I want her name to be there. I want it to be forever,” Smith said.

The City of Livermore installed the street sign, Bella Kristina Lane, last week. The sign visible from Kristina’s bedroom window as a lasting reminder of a daughter who was abducted too soon and a mother still reeling from an unimaginable loss.

“There’s a hole in my heart and that kind of fills it up, takes that away a little bit to know that her memory will last,” says Sandra.

The driver who hit Kristina was jailed for seven years before her death. After he was released, he was arrested again on federal drug charges and will be sentenced next month.

Katie Nielsen is an award-winning reporter who has been sharing people’s stories for over 10 years. She joined KPIX in the summer of 2017 and just a few months later she was covering the Wine Country Wildfires.