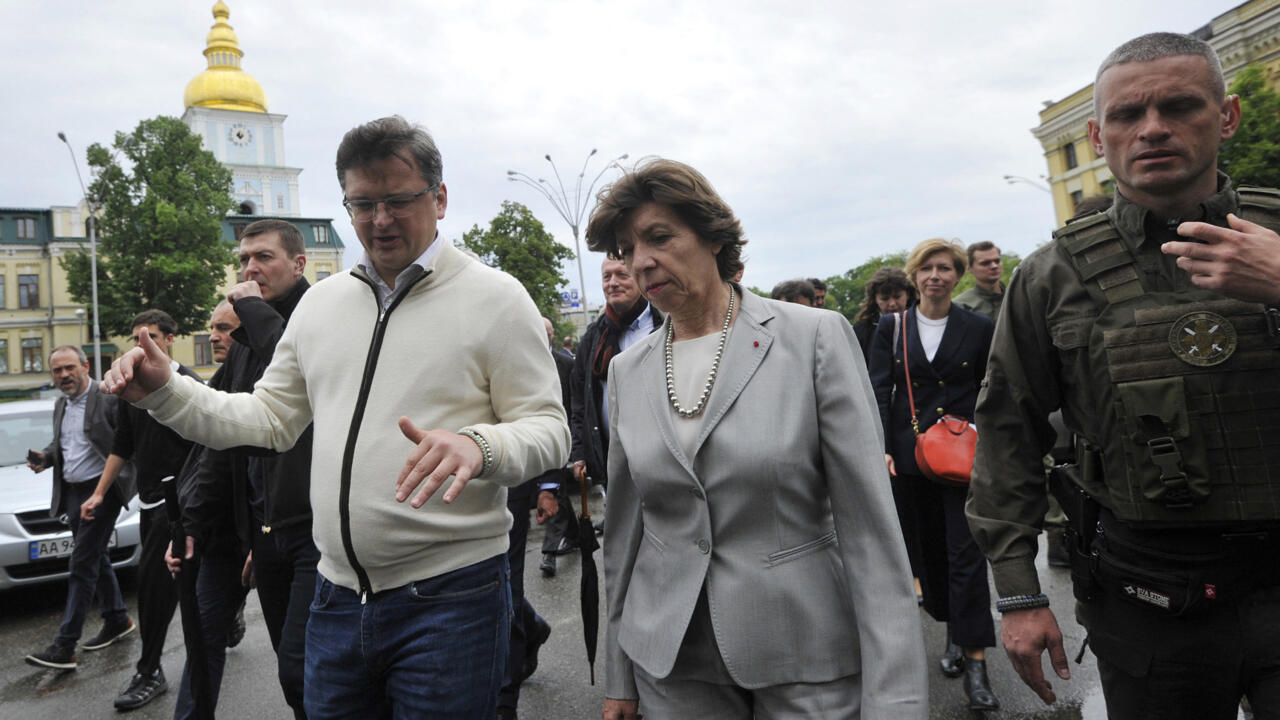 Ukrainian and Russian forces are still fighting in the Donbass region in eastern Ukraine. Ukrainian President Volodymyr Zelensky on Monday described the situation as “extremely difficult”. Russia seeks to seize the whole of Donbass, made up of Luhansk and Donetsk, which Moscow claims in the name of separatist proxies. Follow the TAUT liveblog for all the latest news. All times are in Paris time (GMT+2).

EU leaders agreed on Monday that their sixth sanctions package targeting Moscow for its invasion of Ukraine will include a measure to bar Russia’s Sberbank from the SWIFT financial messaging system.

Sberbank is Russia’s biggest lender, and adding it to the sanctions list will further isolate its financial system as sanctions begin to bite, more than three months after its forces invaded Ukraine.

12:40 am: Relatives of Ukrainian fighters evacuated from Azovstal seek news

Relatives of Ukrainian fighters who have remained for weeks under the besieged Azovstal steelworks said on Monday they had received no news of the whereabouts of their relatives since they were evacuated to areas of Ukraine controlled by Russia.

Uncertainty surrounds the fate of hundreds of fighters, most from the Azov Battalion, arrested by the Russians in mid-May after essentially being ordered to surrender as Russian forces shelled the factory and nearby town of Mariupol, in southern Ukraine.

The relatives, all women, said they had formed a Council of Wives and Mothers, to ensure that the combatants were treated in accordance with the Geneva Convention on prisoners of war.

“We have been asked to remain silent so as not to make matters worse,” Tetyana Horko, sister of Navy Commander Serhiy Horko, told a press conference.

“But don’t believe that the story of the heroes of Azovstal is over. They need support, they need to be brought home.”

See also  Ukraine: "I discovered their death on Twitter" testifies a bereaved husband and father - TAUT

Sandra Krotevich, sister of the first deputy commander of the Azov regiment, Bohdan Krotevich, said relatives had no idea what was happening to detained fighters.

“Where are they, what’s happening to them, what condition they’re in, we don’t know,” Krotevich said.

European leaders agreed on Monday to ban the export of Russian oil to the bloc of 27, EU Council President Charles Michel said.

“This immediately covers over two-thirds of oil imports from Russia, cutting off a huge source of funding for its war machine,” Michel wrote on Twitter.

The leaders also agreed to cut Russia’s biggest bank Sberbank from the SWIFT system and ban three other Russian public broadcasters, he added.

Russian gas giant Gazprom has confirmed it will cut off gas supplies to a Dutch gas trader from Tuesday over its refusal to pay for deliveries in roubles, a demand President Vladimir Putin put forward earlier this year.

GasTerra, based in the city of Groningen in the north of the Netherlands, announced the closure on Monday. He said the move means Gazprom will not deliver some 2 billion cubic meters of gas until October 1, when the supply contract ends.

In its statement quoted by Russian state news agency Tass, Gazprom said GasTerra had failed to pay for gas supplied in April.

The Dutch trader said it had bought gas from other suppliers in anticipation of a possible Gazprom shutdown and Dutch Climate and Energy Minister Rob Jetten said in a statement that the government understands that the cut “will have no effect on the physical delivery of gas to Dutch households”. ”.

GasTerra is a private company owned by the Dutch branches of energy giants Shell and Esso and the Dutch government.

(TAUT with TAUT, TAUT and REUTERS)

Wimbledon 2022: Carlos Alcaraz wins a thriller in five sets to advance to the second round | Tennis News