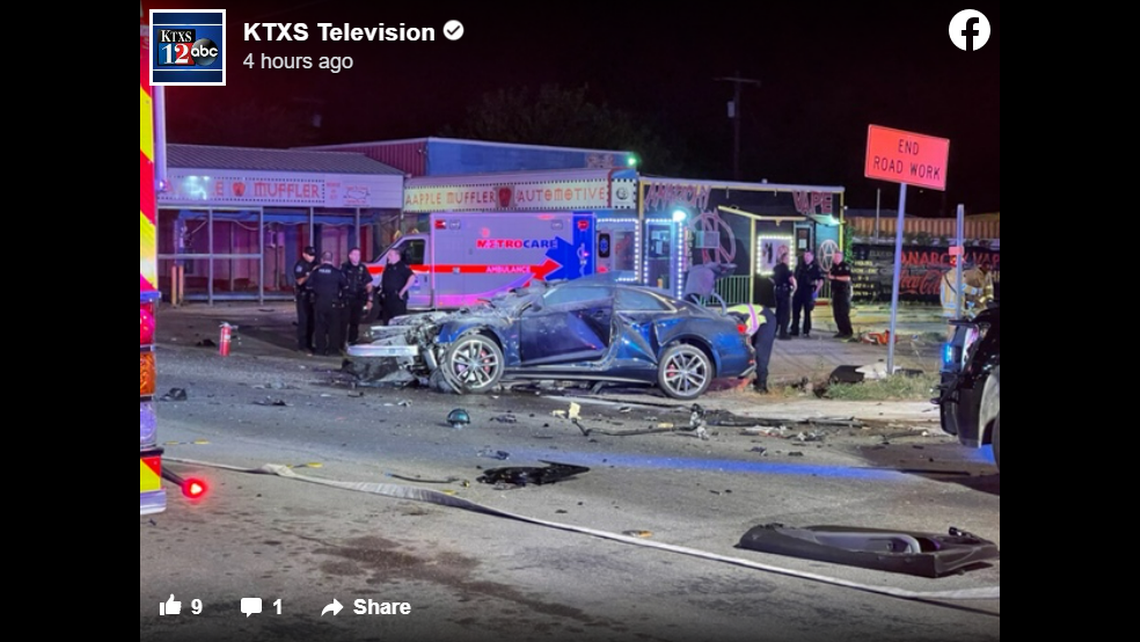 A group of teenagers were broadcasting live on social media moments before a fatal crash in a stolen car, Texas police said.

The four boys, ages 13 to 15, stole a 2018 Audi S5 Coupe from an Abilene home in the early morning hours of Wednesday, June 22, according to the Abilene Police Department.

At 3:40 a.m., a “worried parent” called 911 after seeing a live social media video of their son taken from inside a stolen car, police said in a statement. The other teens were also broadcasting on social media, and the parent believed they were planning to travel to the Dallas-Fort Worth area, about 140 miles east of Abilene.

Minutes later, a call came in to the Callahan County Sheriff’s Department about a reported robbery at a convenience store near Abilene involving the Audi teens, the statement said.

Officers spotted the car at 4:07 a.m. in the parking lot of a roadside motel near U.S. Highway 351 and Interstate 20, police said.

The Audi hit an empty patrol car and an officer at the scene flashed his headlights and attempted to arrest the teens. But they fled and officers “did not actively pursue them,” police said.

See also  Reporters - Between Kenya and Uganda, an undecided border (3/4)

Just two minutes later, at 4:09 a.m., the speeding Audi slammed into a lamp post at a nearby intersection, police said.

A 13-year-old boy sitting in the passenger seat was thrown from the vehicle and later died in hospital.

Police did not give the conditions of the driver, 13, and the other passengers, 14 and 15.

Police said the driver faces multiple felony charges and there may be other charges as well.

The incident is still under investigation.

Van out of control smashes through Illinois home, photos show