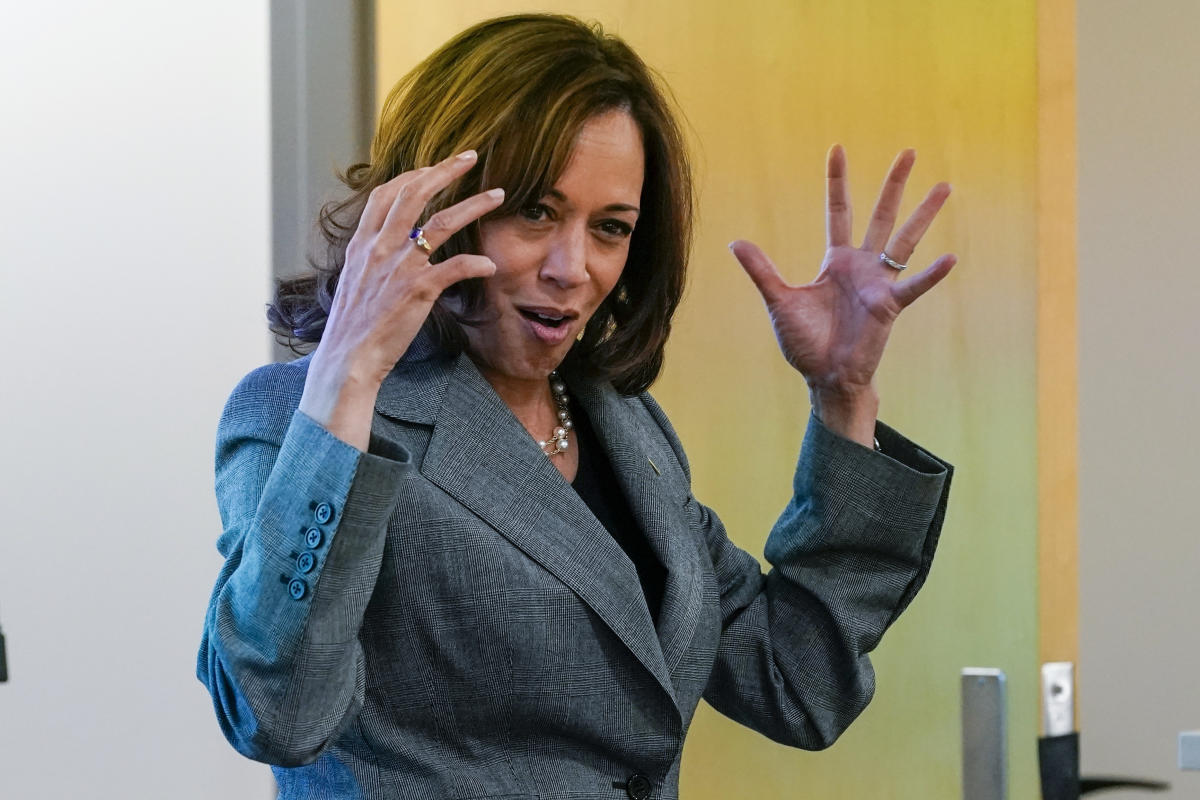 MILWAUKEE (TAUT) — Vice President Kamala Harris met with college students and Latino leaders in Milwaukee on Thursday, a visit intended to energize voters, just under seven weeks before an election in which Democratic administration Tony Evers and Republican U.S. Senator Ron Johnson in power. the mood.

Harris also spoke at a meeting of the Democratic Attorneys General Association, urging them to “fight back” for abortion rights and against those she called “extremist, so-called leaders” who tried to make voting more difficult.

Harris fired Democratic Attorney General Josh Kaul, who will be re-elected in November, for filing a lawsuit to challenge Wisconsin’s 1849 abortion ban, which has no exceptions for rape or incest.

“Josh, our government is behind you,” she said with applause.

Harris also blames Republicans for passing laws that make it more difficult to vote and support “mock audits” in the results of the 2020 presidential election.

Republicans in Wisconsin have passed numerous bills that would have made it harder to vote out of office, but Evers vetoed it. Republicans also approved an investigation into the 2020 election that found no evidence to question President Joe Biden’s victory in the state. Assembly Speaker Robin Vos last month fired investigator, former Wisconsin Supreme Court Justice Michael Gableman.

“Today our nation faces many threats to our rights and our freedoms and we must be united,” Harris said.

The vice president also met with students and private meetings with local Latino leaders at the University of Wisconsin-Milwaukee in an effort to re-energize two groups that don’t always vote.

According to the 2020 census, approximately 7.6% of Wisconsin’s population identifies as Hispanic or Latino. The largest concentration is in Milwaukee and spills over into nearby Kenosha and Racine counties.

However, in 2020, Latinos made up an estimated 3% of voters in Wisconsin, according to TAUT VoteCast. That figure suggests there are plenty of eligible Latinos who don’t support either side.

This election cycle, both sides are focusing their efforts on gaining the support of Latino voters in Milwaukee, the state’s largest Democratic stronghold.

Before Harris’s visit, the state’s GOP leadership and the party’s candidate for attorney general condemned the Biden administration for rising inflation and crime rates. They spoke at the Republican National Committee Hispanic Community Center on the south side of Milwaukee.

The RNC opened its Hispanic Community Center in Milwaukee more than a year ago as part of a nationwide effort to reach out to minority voters, and has been holding “election integrity” events there since June aimed at recruiting partisan pollsters.

“The Hispanic community is very conservative both fiscally and socially,” said Preya Samsundar, the GOP’s communications director for the Midwest. She added that the community center’s efforts and events have so far been successful in bringing Latino voters to the Republican Party.

But despite the party’s best efforts, just a mile away in a small Puerto Rican cafe and restaurant on the south side, voters knew little about the Hispanic Community Center or who was on the ballot this year.

“I really don’t know the people running, and sometimes I think nothing is going to change,” Juan Ortiz said from behind a bakery display full of traditional Puerto Rican pastries.

Ortiz said he has voted for Republicans and Democrats, but only votes in presidential elections. His reason is simple and represents the challenge for both parties to mobilize voters this year: “I think whoever is at the top controls the whole thing. It doesn’t matter what who wants to do if they have to ask the grownups .”

The AU Times writer Scott Bauer contributed to this Madison report. Follow him on Twitter https://twitter.com/sbauerAP and follow Harm Venhuizen https://twitter.com/HarmVenhuizen. Venhuizen is a corps member for the The AU Times/Report for America Statehouse News Initiative. Report for America is a national, not-for-profit service program that places journalists in local newsrooms to report on classified issues.