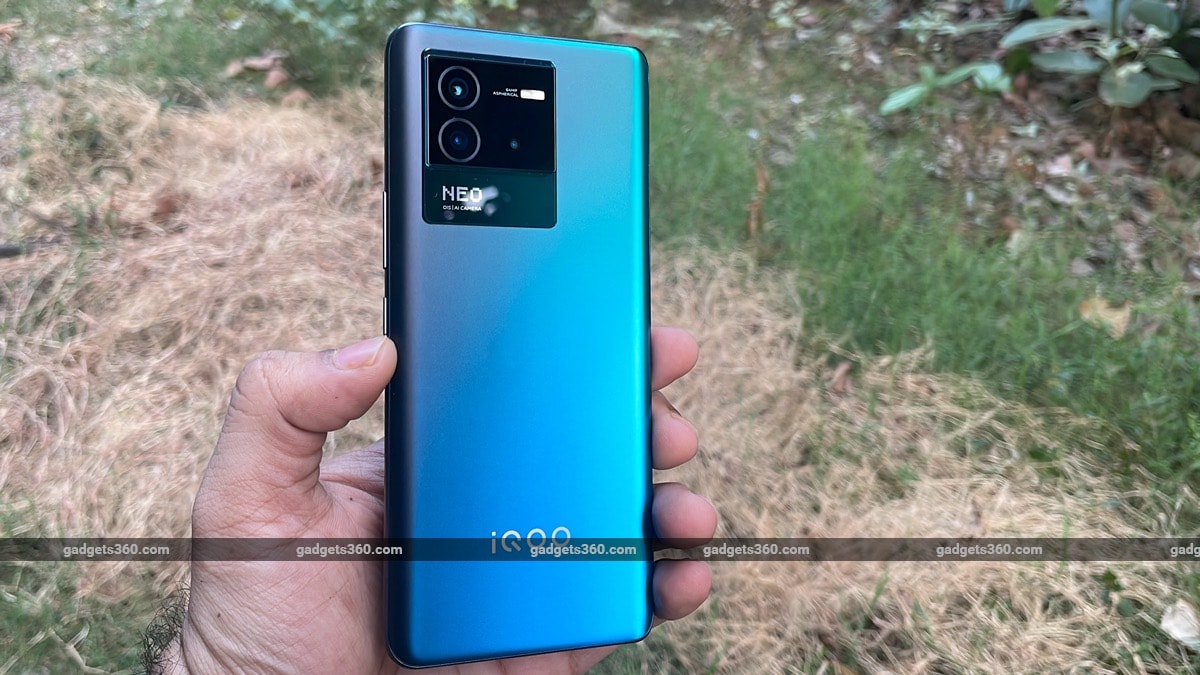 iQoo has finally introduced its Neo series in India with the launch of Neo 6. Interestingly, this smartphone has already been launched in China as iQoo Neo 6 SE. It looks like iQoo has targeted this smartphone at gamers, but the specs should also appeal to those looking for good all-around performance. The iQoo Neo 6 features a Qualcomm Snapdragon 870 SoC with liquid cooling, a 120Hz AMOLED display, a 4,700mAh battery and 80W fast charging.

The iQoo Neo 6 is positioned in the sub-R. 30,000 prices pitting it against the Xiaomi MI 11X, OnePlus Nord 2, and Motorola Edge 30. Here are my first impressions.

It is the first Neo series smartphone to be launched in India, giving the company the opportunity to set the tone for what buyers should expect from future models. As I said from the beginning, the iQoo Neo 6 is a renamed iQoo Neo 6 SE and it might have been a conscious decision by the company to keep the Neo series starting price relatively low in India in order to meet to a wider audience.

iQoo leans heavily on performance with the Neo 6 and it certainly packs some high-end hardware. The iQoo Neo 6 is powered by the Qualcomm Snapdragon 870 SoC clocked at 3.2 GHz. This SoC is quite capable and is also found in the similarly priced Xiaomi Mi 11X. Interestingly, the Neo 6 variant sold in China includes a Qualcomm Snapdragon 8 Gen 1 SoC.

The body of the iQoo Neo 6 is mostly plastic and weighs 190g. It’s not too bulky and the curved sides make it relatively easy to hold. This phone sports a 6.62-inch Full HD+ AMOLED display with 120Hz refresh rate and a hole at the top for the 16-megapixel selfie camera. The display has fairly thin bezels but a slightly thicker chin. It supports HDR10+ playback and has a peak brightness of 1,300 nits. You also get an in-display fingerprint scanner. The panel used for the iQoo Neo 6 has a touch sampling rate of 360Hz, but can go up to 1200Hz in some games such as Call of Duty: Mobile.

iQoo has added an infrared emitter on the Neo 6

iQoo has placed an infrared (IR) emitter on top of the Neo 6, next to the secondary microphone. There’s a SIM tray at the bottom along with the main mic, speaker, and USB Type-C port. The sides of the frame are thin, the power and volume buttons are on the right. The iQoo Neo 6 has a triple camera setup on the back consisting of a 64-megapixel main camera with optical stabilization (OIS), an 8-megapixel ultra-wide-angle camera and a 2 megapixel macro. The module has a two-step design and features a Neo logo on it. My Dark Nova unit had a gradient pattern on the back that changed color depending on the angle I viewed it from.

The iQoo Neo 6 packs a 4700mAh battery and supports 80W fast charging. iQoo bundles the required charger in the box. This phone supports Bluetooth 5.2, dual-band Wi-Fi, quad-band 5G, and 4G VoLTE. You get two nano-SIM slots, but the storage isn’t expandable. If you tend to store a lot of your data locally, I recommend taking a look at the higher storage variant.

The triple camera module has a Neo logo on it

In terms of software, the iQoo Neo 6 runs Funtouch OS 12 on Android 12. iQoo is committed to providing two years of Android OS updates and three years of security updates, which is a welcome decision. My unit was running the April 2022 Android security patch. The UI has a lot of bloatware pre-installed, but you should be able to remove most of it to reclaim storage space. The user interface is identical to what you will see on other recent Vivo smartphones and is easy to use.

The iQoo Neo 6 sets the tone for future smartphones in the Neo range. It faces quite tough competition but has the potential to be able to defend itself. This smartphone should appeal to gamers and power users, but we’ll know for sure once I put it through our tests, so stay tuned for the full review.