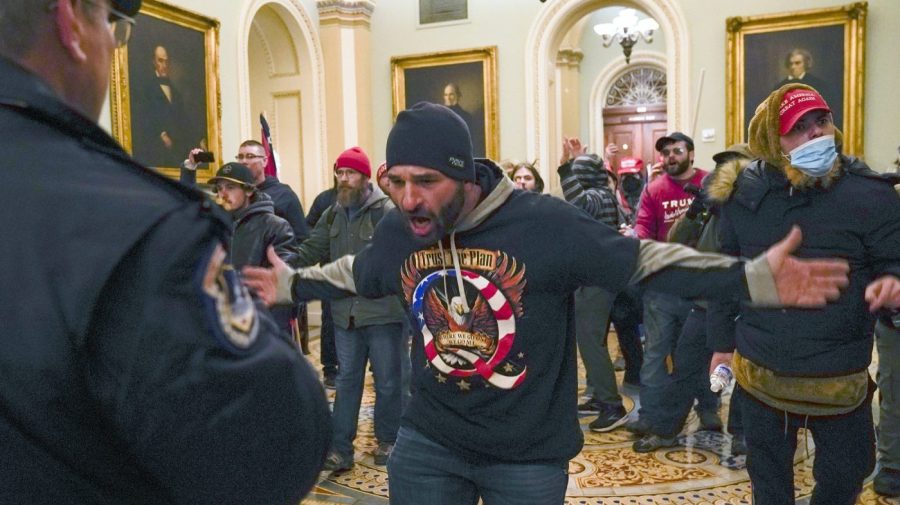 An Iowa man who was one of the first rioters to enter the Capitol during the January 6, 2021 insurgency was found guilty Friday on seven charges, including five felonies.

Doug Jensen was found guilty of all charges he faced, according to the U.S. Attorney’s Office for the District of Columbia, including charges of assault, resistance or obstruction of a law enforcement officer; obstruction of an official procedure; meddling with a law enforcement officer during a civil disturbance; enter and stay in a prohibited building or area with a dangerous weapon; and disorderly and disruptive behavior in a confined building or area with a dangerous weapon.

He was also found guilty of two felony charges.

Jensen was arrested two days after the uprising and pleaded not guilty to all charges, according to the US law firm. He was arrested in Des Moines.

Jensen gained national attention following the riots after a video in which he appears to show a group of rioters climbing the stairs in the Capitol went viral. The group appears to be chasing Capitol police officer Eugene Goodman.

Jensen’s attorney, Christopher Davis, sought to secure his release from prison in June 2021, with Jensen saying in a court statement that he “feels cheated and admits that he bought a pack of lies”. Jensen said in the file that he is the victim of conspiracy theories given to him over the internet.

He said he came to the Capitol on Jan. 6 to support former President Trump and to show that he was a “true patriot.”

Prosecutors said in a document that Jensen was accused of deliberately placing himself as the leader of the mafia. They said Jensen is a supporter of the QAnon conspiracy theory and wanted his shirt to be seen on video so that “‘Q’ could get the credit.”

USA Today reported that Jensen will be sentenced on December 16.