Built with red brick to preserve the Industrial Revolution era, the mansion is 10,777 square feet in size.

The building structure was designed by architects who take credit for building the most precolonial homes in the US and around the world.

Interior of the mansion bought by a Kenyan nurse in the US.

It has nine bedrooms with beautiful interior designs and architectural carvings, six fireplaces and four garages.

The house also has a gourmet kitchen equipped with state-of-the-art culinary amenities. The lineup includes modern appliances and accessories that make cooking easy.

What is striking about the 240 million Ksh mansion is a landing place for helicopters. Behind the house there is also a backyard overlooking a lake and a modern tarmac road.

american cable television company, HBO, acquired the castle in 2013, making it their central shooting location. Among the films shot in the house are: Clear history with famous American comedian Larry David.

HBO vacated the castle and forced the owner to put it up for sale. The place, however, remained vacant, with most US dollar-denominated millionaires flinching.

In 2016, Faith Newton made headlines by bidding for the most popular house in the US. She has transferred Ksh 240 million to become the new owner of the castle.

To match the standard of life in that mansion, she spent another Ksh 18 million to buy the Italian-made Maserati Granturismo. 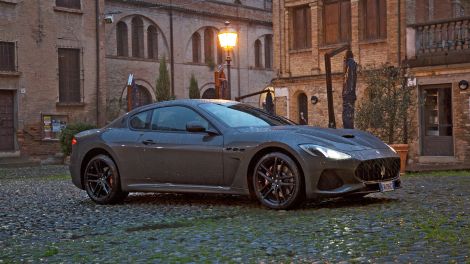 File photo of an Italian-made Maserati Granturismo parked outside a castle.

By the time she bought the mansion, US detectives were approaching her husband, who was also linked to another health-care fraud system.

The family empire began to scramble when the US Department of Justice released a comprehensive statement on Monday, February 1, 2021, linking Faith Newton and her business partner Winnie Waruru to the Ksh 12 billion health care scandal.

The US Department of Justice announced that the two had set up a health care facility that they allegedly used for money laundering.

Newton allegedly used the laundered proceeds of the Ksh12 billion scheme to buy multiple homes and a Maserati, as well as fund investment accounts, a lavish lifestyle and numerous financial transactions. The civil forfeiture lawsuit seeks five properties in Westford, North Andover, Chelmsford and Dracut and confiscation of the contents of 40 bank accounts and/or investments,” the statement read in part.