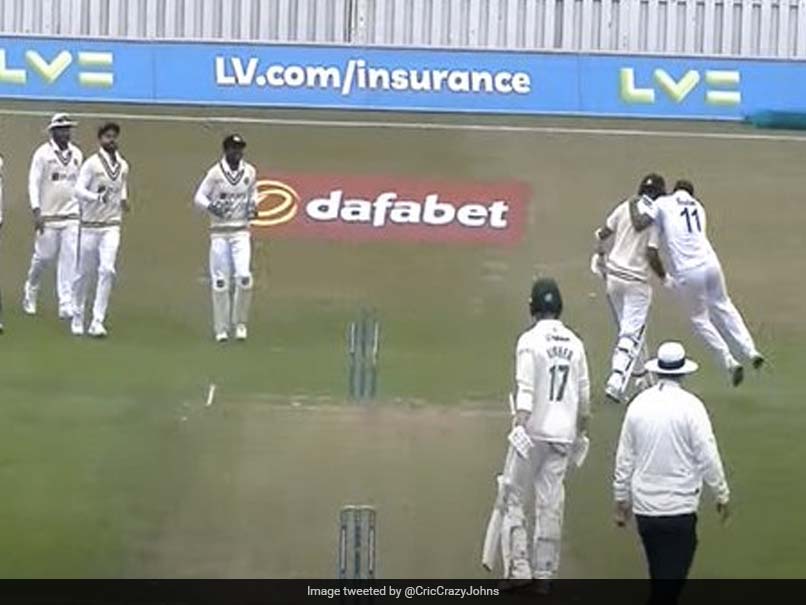 Pacer Mohammed Shami gave India a flying start on day two of the current four-day fixture against Leicestershire at the Uptonsteel Cricket Ground. After India declared their innings on their overnight score of 246 for eight, Shami struck twice early in the morning session to clear opener Sam Evans and Cheteshwar Pujara. After catching Evans on Virat Kohli’s first slide, Shami casted Pujara, who was drafted into Leicestershire’s XI for this game, on a duck.

Shami played a good length and he climbed a bit on Pujara, who regained inside advantage on his stumps.

After the dismissal, Pujara and Shami had smiles on their faces, and the Indian leader gave Pujara a hug as he returned to the dugout.

A second wicket for Shami. He dismisses his @BCCI teammate, as Pujara drags on.

Earlier on Day 1, KS Bharat was the bright spot with the bat for India after the first order fell cheap and there was no resistance.

Virat Kohli made a well-done 33, but it was dropped to a dodgy call from the field.

For Leicestershire, Roman Walker, who is yet to play a first-class game, took five wickets.