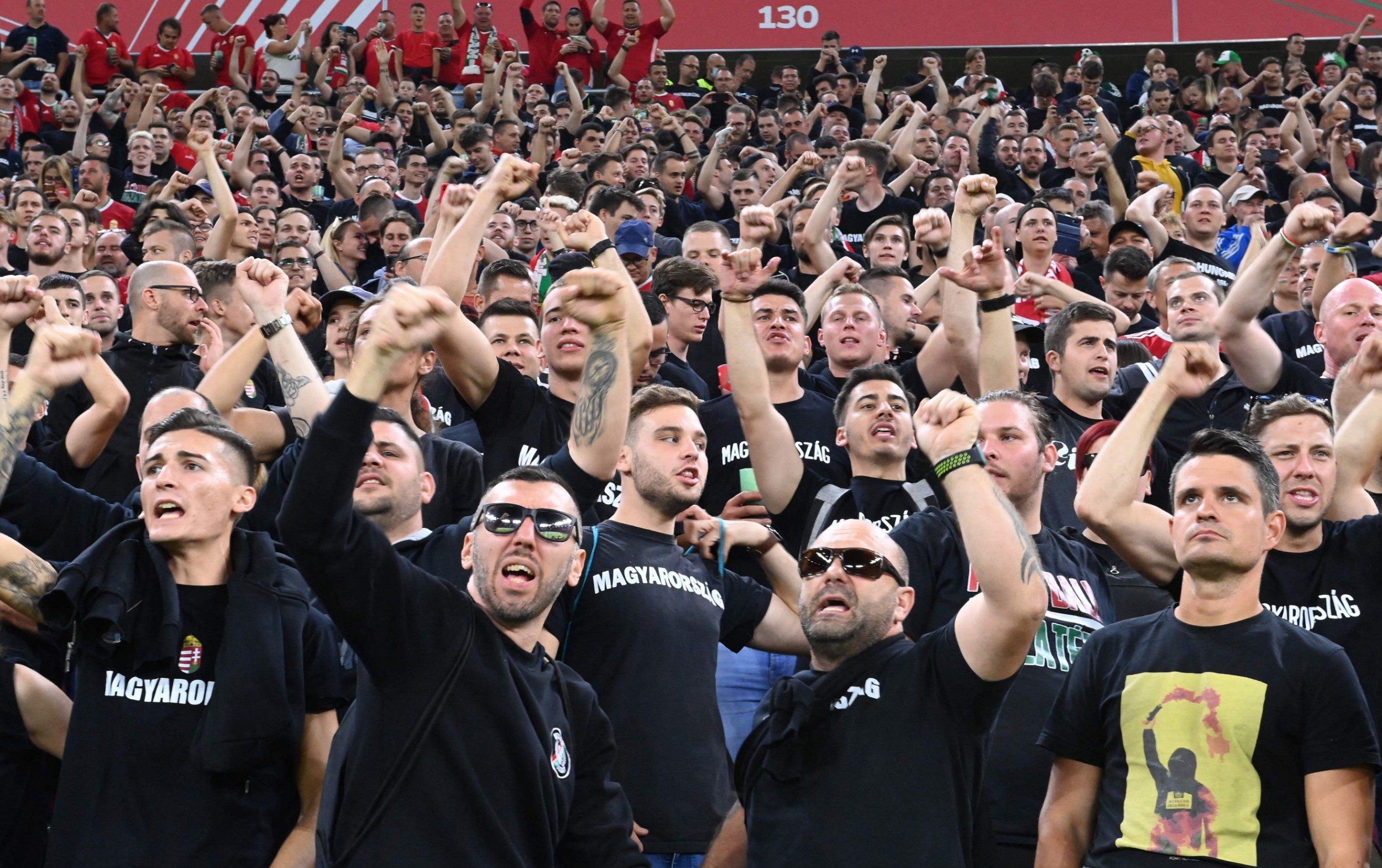 England’s game ‘behind closed doors’ in Hungary on Saturday will be watched by 30,000 fans due to UEFA loopholes that allow children to attend with an adult.

Gareth Southgate’s side were due to play without spectators for their Nations League opener at the Puskás Aréna in Budapest, which was punishment for racist and discriminatory behavior by their fans.

But the Hungarian Football Association has confirmed that it is using Article 73 of the UEFA regulations to allow one adult for every 10 accompanying children. They received over 30,000 registrations to watch the game.

Fans attending the match are likely to provoke a backlash against UEFA over the sanctions which seek to punish discrimination, with playing without fans meaningless with full stands.

At Euro 2020, Hungarian fans displayed homophobic banners, their players were urged to stop kneeling in protest against discrimination and accusations of racial slurs were leveled against French players.

UEFA ordered Hungary to play three games without fans, with one match suspended, and fined them £85,000 for discriminatory behavior during the tournament. They were also ordered to play two games behind closed doors by Fifa following racist abuse of England players in a World Cup qualifier.

Southgate was calling for better protection for its players at the time. “Other people have to take the right steps to try to move forward,” he said.

But Hungary’s game ‘behind closed doors’ will now have home fans in the stands. Rangers’ game against Sparta Prague last year was played under the same circumstances and Glen Kamara was mocked by fans of the Czech team.

The English FA also plan to use Article 73 for the game against Italy later this month at Molineux, which is being played behind closed doors due to the disorder in the European Championship final at Wembley. But only around 2,000 people are expected to attend the match.