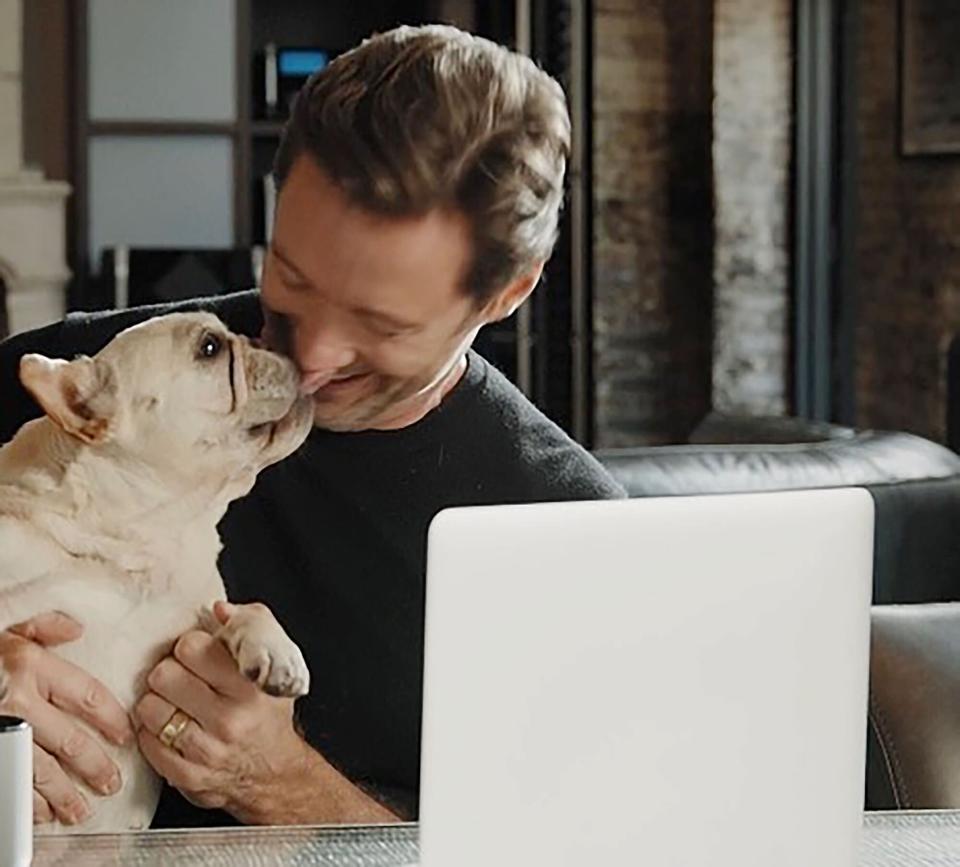 Hugh Jackman mourns the loss of his dog Dali.

On Saturdays the X-Men star shared heartbreaking news with his followers on Instagram, announcing the death of his beloved Frenchie.

“It’s a very sad day for our family. Dali, our beloved Frenchie, passed away last night,” Jackman, 53, wrote alongside sweet photos of himself and the dog cuddling.

“He would have turned 12 next month… which I’ve been told is longevity for this breed,” the actor continued. “I always, always called him the ROCKSTAR. Because he was! He marched to the beat of his own drum, was loved by the whole world, and what a good life he had.”

Jackman concluded the heartfelt tribute, adding: “We will miss him but we know he cries in heaven, is in charge and enjoys the all you can eat buffet. RIP Dali Rockstar Jackman. We love you !”

Dali – who Jackman and his family adopted in 2010 – was often photographed with the actor on their outings together. Jackman also often shared photos and videos of his dog on social media.

Never miss a story — sign up for PEOPLE’s Free Daily Newsletter to keep up to date with the best of what PEOPLE has to offer, from juicy celebrity news to captivating human interest stories.

In addition to Dali, the Australian actor and his wife, Deborra-Lee Furness, also have another dog named Allegra.