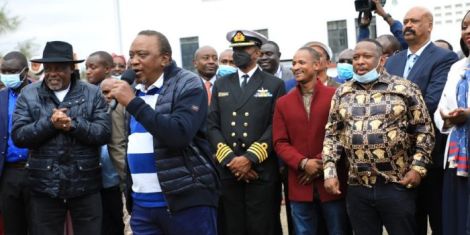 At the final Kenya Kwanza rally at Nyayo Stadium on Friday, August 6, Sonko claimed that Kalonzo was tasked with convincing him to leave Nairobi politics and join the Mombasa governor race.

Kalonzo, he claimed, told him that he (Sonko) was not popular among Nairobi residents. Sonko complained that his decision to compete in Mombasa would haunt him later.

Sonko further stated that the frustrations with his candidacy were caused by members of the Azimio la Umoja coalition, a plot he believes was led by Kalonzo.

“After Kalonzo was convinced to enter the Mombasa governor race, Kalonzo started convincing me to seek an appointment like him. I almost gave in.

“It was because of the difficulties I faced that Vice President William Ruto came to my rescue. He told me that I had been through enough trials and that I should join his team,” he stated.

However, Sonko added that he holds no grudges against Uhuru and Kalonzo despite his career plummeting.

President Uhuru Kenyatta and Wiper party leader Kalonzo Musyoka had not responded to Sonko’s claims at the time of publication.

Sonko’s gubernatorial bid was compromised in July 2022 after the Supreme Court upheld its decision to bar him from the polls after he was ousted as governor in Nairobi.

The embattled politician competed for Mombasa’s governorship through the Wiper party that had joined Kalonzo’s team.

For his part, Kalonzo claimed that Sonko should have been on the ballot, while denouncing his decision to join DP Ruto’s camp.

“Sonko acted out of anger to join Ruto and I understand him, but this is not the end. As Chief Minister, I will get Sonko released even without a by-election as a result of the appeal to the East African Community Court.

“There are so many stories, even stories about Americans not wanting to see Sonko in high chairs, which is wrong,” Kalonzo said in an Aug. 4 interview. 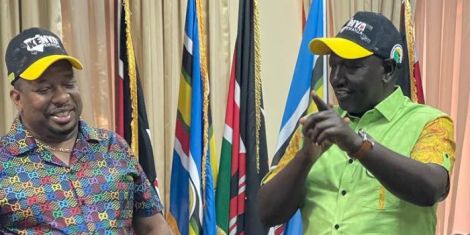