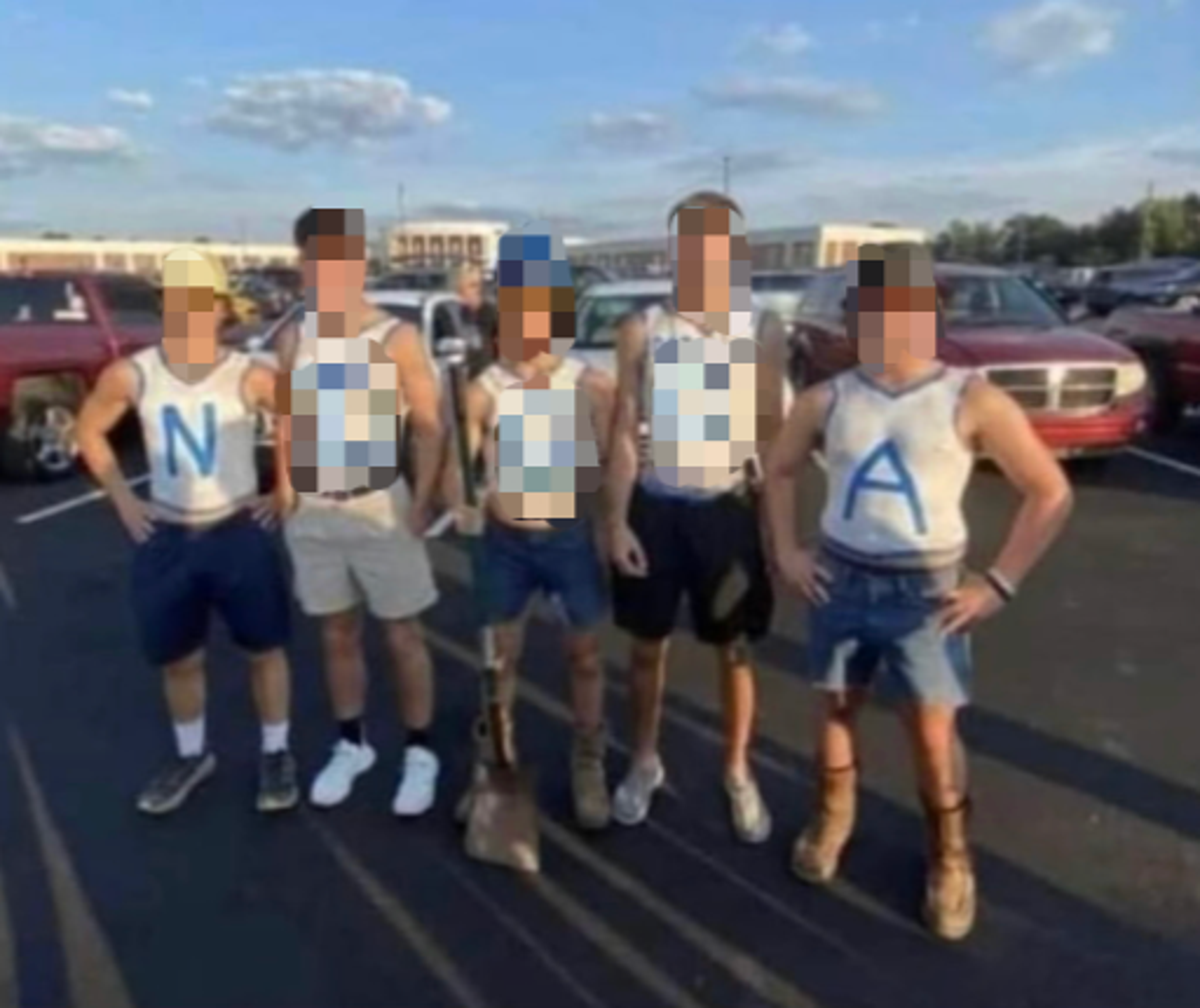 A group of Georgia high school students spelled the N-word on shirts during a football game.

The five West Laurens High School students caused outrage among residents of Laurens County, local news channel WGXA first reported. The teens wrote letters on each of their shirts that spelled the racist slur and then wore them to a soccer game against another school on Sept. 16.

Images of the group began to circulate on social media, with shocked parents bringing them to the attention of school officials and local media.

“Seeing a photo like that in 2022 is just something you never want to see because I feel like our ancestors fought so hard for us to get here today, and I just think it’s super disrespectful to see a photo like that Quadravious Johnson, who graduated from a school in the district in 2020, told 13WMAZ.

The Laren County School District issued a statement rejecting the teens’ actions, but community members said the students must be disciplined.

“We neither support nor endorse such offensive actions. We are really disappointed in the choices made by these students,” the statement reads.

“The environment and teaching at West Laurens High School foster love and respect among our students for each other. What is perceived in this photo is completely inconsistent with the values ​​of our school and community. Rest assured, the incident is under investigation.”

Terrence James, whose son attends West Laurens High School, told 13WMAX that the group of teens refer to themselves as the “Rowdy Raiders.”